The Meaning of 9/11 Fifteen Years After 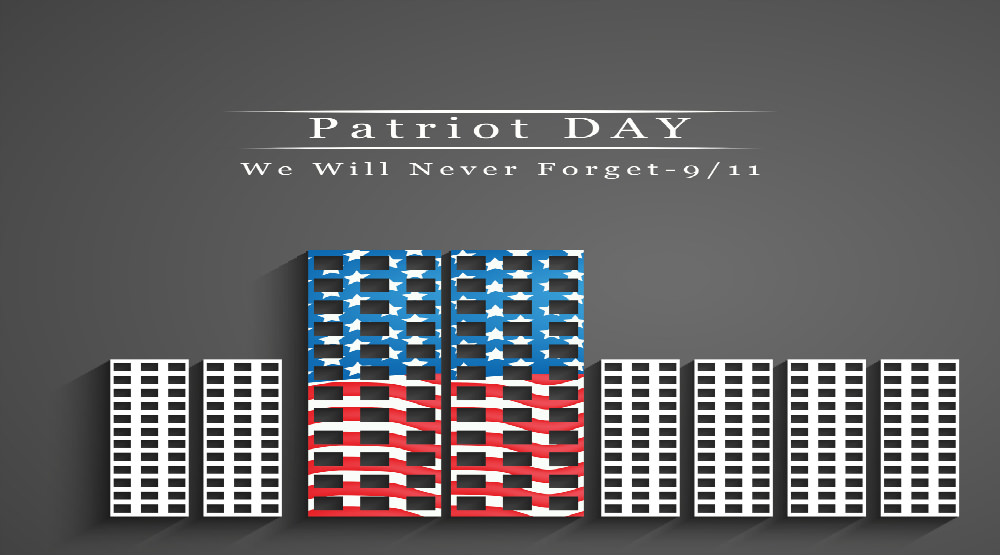 What kind of an American are you? Will you mourn the dead or will you celebrate the government as protector of national security? For thoughtful and historically balanced realists the correct reaction is that the last remnants of the Republic collapsed with the twin towers and burned with the response from the Pentagon fire. Most docile and obedient subjects of the despotic regime that has morphed into outright tyranny still believe the official report from The National Commission on Terrorist Attacks Upon the United States, provides the definitive details on the 911 investigation.

Fifteen years later, fewer and fewer people reflect on what actually occurred and the profound significance that transformed the country into a permanent belligerent in international affairs and a domestic police state. With the passage of The Patriot Act and The National Defense Authorization Act, the fundamental principles of our constitutional republic were betrayed to the very core of the bone marrow and essence of the nation.

Still, there is another reaction with the passage of the years. As the population becomes more detached to reality and people become immersed into a culture of trivia, self-absorption and detraction; the entire society moves even further into a fatal resignation that government is all powerful and cannot be challenged.

The simple question begs a different answer. Is America safer since the War on Terror was invoked? Surely, no intelligent person could believe we are the Land of the Free. Lamenting the lack of outrage, replaced with a condition of surrender that the evidence found on 911 a saga of deceit and lies is not important, is the greatest legacy of the insidious and planned plot to transfer the United States into a globalist gulag of subjugation to the New World Order.

Frankly, it gets old when the public keeps dismissing the dire state of the existential demise that America faces not from foreign threats, but from internal betrayal and treason coming out of the very officials and power elites that impose the ridiculous narrative spun straight out of the falsehoods that the establishment accepts as gospel articles of faith.

In order to understand the nature of this alternative universe, go down memory lane and examine several of the BATR articles that cover the War OF Terror that came directly from the 911 and the dates when originally published.

The initial essay comes on the heels of the vary day of horror, When Will America Learn?

“America will cease to exist when a public whose emotional naiveté will scream for retribution will readily accept totalitarian measures! Folks, the enemy is us; for our involvement in the creation of hostilities that seeks to obliterate our symbols of ‘Pax American’.”

A month after, The Harsh Economic Costs of 911 essay dealt with the economic consequences and even compared Donald trump to Gail Wynand in Fountainhead by Ayn Rand.

“The reality of this fiction was much different. The expansion of central authority and control over the economy is now on a pace that will rival the collapse of the Twin Towers. The direct causalities of the rebuilding process will be small business, the entrepreneur and the hired help. Corporate America will receive the major share of business, and in the process will sever their remaining higher paid employees. Loyal and experienced personnel will be pushed aside for youth that will work for half the cost. Functions formally considered as automatic, will fail. Services that were once rudimentary will become optional. Business practices that are essential for success will go undone. Problems that require solutions will be multiplied with new ones, stemming from incompetent staff. The products for growth will be ineptitude.”

At the second anniversary,  911 + 2 column covered the taboo topic that links the suicidal foreign policy that protects Israel, which ultimately destroys our own security.

“The Middle East is a drainpipe for perpetual blood and eternal death. The polemic that terrorists hate us because of our freedom is lunacy. The reality is evident for any honest person who has the courage to confront the betrayers. The partnership in crime with Israel is the root cause of regional turmoil. What benefit comes back to America from fighting a war of conquest for Zionist aspirations? As long as U.S. foreign policy serves Lukidnik zealots, our only reward will be piles of bloody body bags.”

The significant article, 911 has become the ultimate excuse, strips away the official bull shit and illustrates the absurdity that the main stream media maintains about the Building 7 implosion.

“Once again your government has been caught in a lie, but this time the vast majority has willingly accepted their blind, deaf and dumb condition. Without a judicious investigation into the Building 7 incident, no serious person can maintain credibility. Hiding from an unpleasant truth, while boasting a vindication for a government gone mad, is even more insane. You can’t trust the crew that deals in treachery. Do your own research on what happened to Building 7, review the evidence provided from the cited sources and draw you own conclusion. But please stop using 911 as a categorical excuse to justify the destruction of America, by the elements that desire the ending of liberty. Most of these forces are the faces you see each day. Now who are you going to believe?”

When seasoned observers challenge the focus and direction of homeland security, the establishment elites desperately want to avoid The Real Threat to National Security.

“Is the threat from foreign terrorists the undertaking of homeland insecurity?  The preoccupation since 911 with a self-serving “War of Terror” has been masked under the appearance of national security.  Tracking down targeted Jihad terrorists and waging regional search and destroy missions has become the growth industry of the new millennium.  The rationale and justification for such a protracted conflict rests upon a cowardly attack on American soil.  If you listen to the official version of events anyone who questions the validity of blaming Islamic Fascists must be unpatriotic.”

Finally, the assessment a decade later in 9/11 Ten Years After, has only intensified at this latest water mark of globalization absolutism.

“Our economy is in meltdown. Exercising our freedoms are condemned as expressions of terrorism. Troops serving the transnational corporatist interests are used as, tools or targets, for butchery. The NeoCons and now the NeoLibs, betray every loyal American for their Talmud masters. Those who are unable to distinguish between Zionist rulers and expendable Jews or Israelis, share the same mental disease, as those who buy into the Al-Qaeda 911 myth of Islamic mastermind terrorism. The elites that further their global empires are quite eager to exterminate American, European, Jewish and Moslems in their quest for total supremacy.”

At what point in time and under the fable tale newspeak, which comes out of the politically correct culture will Americans grow up and face the harsh reality that the country is no longer a society that respects bill of right protections? The system of governance has become pure totalitarianism since 911.

For a definite source on constitutional law and civil liberties the incomputable John W. Whitehead from The Rutherford Institute presents a memorable case on indentifying a list of frightful developments during the last fifteen years.

The Tyranny of 9/11: The Building Blocks of the American Police State from A-Z

“Since the towers fell on 9/11, the American people have been treated like enemy combatants, to be spied on, tracked, scanned, frisked, searched, subjected to all manner of intrusions, intimidated, invaded, raided, manhandled, censored, silenced, shot at, locked up, and denied due process.

In allowing ourselves to be distracted by terror drills, foreign wars, color-coded warnings, underwear bombers and other carefully constructed exercises in propaganda, sleight of hand, and obfuscation, we failed to recognize that the true enemy to freedom was lurking among us all the while.

The U.S. government now poses a greater threat to our freedoms than any terrorist, extremist or foreign entity ever could.”

All this methodical repression rests upon the self-justification that 911 requires that citizens must relinquish their God given natural rights to an all imperial and authoritarian state.  This is the final and lasting consequence of accepting scripted disinformation that conceals a false flag and treasonous plot, designed to enable the controllers and traitors to destroy the Republic.

BREAKING ALL THE RULES is weary of the ignorance and complicity of the brain dead  zombies that live a pathetic existence in a virtual mind controlled hellhole. The depths of American Denial have only intensified within the deceptive informational overload society, since 911.

Facts, proof and immutable truth is condemned, whenever such data and empirical evidence contradicts with the storyline myths and illogical scenarios, needed to rationalize the continued World at War. There is no possible peace as long as the 911 fraud continues and idiots believe all the official lies over the last decade and a half. As more time passes into the memory hole of collective ignorance, the imperious despotism intensifies and expands into total tyranny.

Lions & Baboons Hate Each Other And If They Can Lions Will Always Kill And Eat A Baboon
Great American Outdoors
Arrested Jan. 6 Rioters Won’t See Court Date Until 2022 — Sixth Amendment Violations?
The Lid