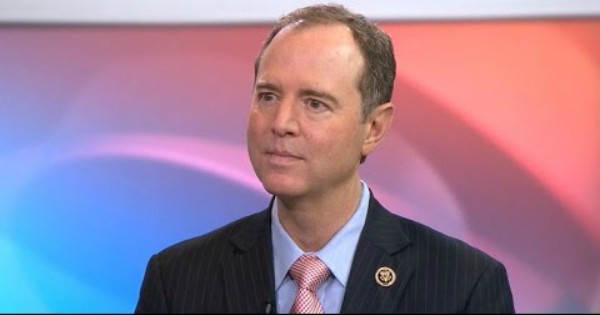 It’s time for Adam Schiff (D-CA) to face the music, and House Minority Leader Kevin McCarthy (R-CA) is promising to play the tune.

Rep Adam Schiff is the political version of Jan Brady from the Brady Bunch. But instead of Marcia, Marcia, Marcia, his motto is Russia, Russia, Russia. While appearing on CNN’s Situation Room, The Bug-Eyed Bull-Sh**ting Bloviating Barrister Of Burbank (Schiff) claimed — without any evidence — the reports of Hunter Biden’s emails stored in the ‘laptop from hell” came from the Kremlin.

“We know that this whole smear on Joe Biden comes from the Kremlin, that’s been clear for well over a year now that they’ve been pushing this false narrative about this vice president and his son,” he told Wolf Blitzer.

A Schiff lie is not surprising. Face it, if Nancy Pelosi had a dime for every time Schiff lied, she wouldn’t need to engage in insider trading.

The NY Times published a “comprehensive report about the ongoing federal probe into Hunter Biden’s tax filings. On March 16, 2022. The Times verified the bombshell report In October 2020 revealing the contents of a computer Hunter left in a repair shop and never bothered to recover. Along with some NSFW pictures, the contents of Hunter Biden’s laptop. included documents about seemingly illegal business deals whose profits were shared with “the Big Guy.” Hunter’s partner in the deal, Tony Bobulinski, revealed that “the Big Guy” was Joe Biden, now U.S. President.

If the laptop’s contents were covered by the media before the election, Biden would be spending his time riding his bicycle in Deleware–er…wait, that’s what he did this past weekend, while Russia was committing war crimes in Ukraine. 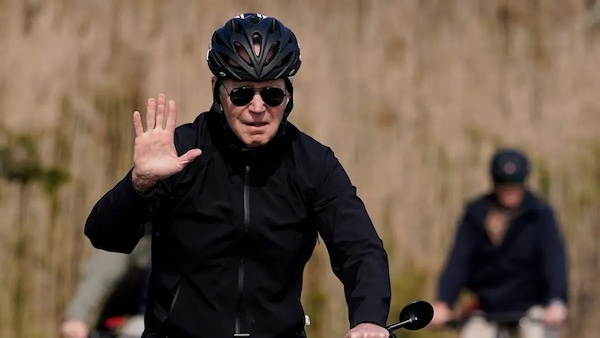 At the very least, if the MSM reported the story, Trump would be in the White House and the Russian military. would be in Russia.

The media ignored the story, Twitter punished anyone who had the gall to post a link to the N.Y. Post story and congressional Democrats led by reps such as the bug-eyed bull-sh**ting bloviating barrister of Burbank all claimed it was nothing but all Russian disinformation. The MSM didn’t care about the truth. They only cared about protecting lyin Joe Biden.

Now that Biden’s approval numbers are lower than the Mariana Trench (the lowest point on Earth), the MSM is finally talking about the laptop and its contents and even getting noticed by some in the legislative branch of our government.

Anticipating a House GOP majority after the mid-terms. Minority leader McCarthy said that after they take over, the people in the intelligence community and those on the House intelligence committee should be held accountable for their unwillingness to investigate (or cover-up) the contents in the laptop from hell. Especially Schiff who has been wielding power as the committee chairman.

House Minority Leader Kevin McCarthy blasted Intelligence Committee Chairman Adam Schiff on Friday, vowing to remove him from the panel if the GOP takes back the majority in this year’s midterm elections after Schiff wrongly alleged The Post’s bombshell reporting on Hunter Biden’s laptop was a Russian “smear.”

“The Democrats have politicized our intelligence committee. You’ve watched it year after year since Adam Schiff has become chair,” McCarthy (R-Calif.) told reporters. “No, he doesn’t warn us about Ukraine or Afghanistan or what’s happening around the world. He tells you about politics.

But the worst part of it is, you cannot trust what he tells you, that he lies to us,” he continued. “Just watch what has happened. Two years ago, Schiff stated the emails found from Hunter Biden were all a smear on Joe Biden that comes from the Kremlin. That’s what the head of the Intel Committee] said.”

Adam Schiff lied to us one more time, [only one?]. Why is he still chair of the committee? And why is he even on the committee? In a new Congress, if it’s a new majority, he will not be.

“You cannot make this committee political,” McCarthy went on. “You cannot use it as a position of a chairman to lie, and you should be focused on what the American people want you to be focused on around the world.”

Maybe Schitt was too busy. After he tried to investigate President Trump for breathing. And when he wasn’t doing that, he was leaking lies to the media or appearing on T.V. and lying to the American people.

Okay, I hope McCarthy drops him from the intelligence committee and puts him on the lying liars who lie committee.

Schiff did not respond to McCarthy but he did pose for a new photo to send to his constituents.