Mayo Clinic Closing Due to Government Meddling in Healthcare Costs! 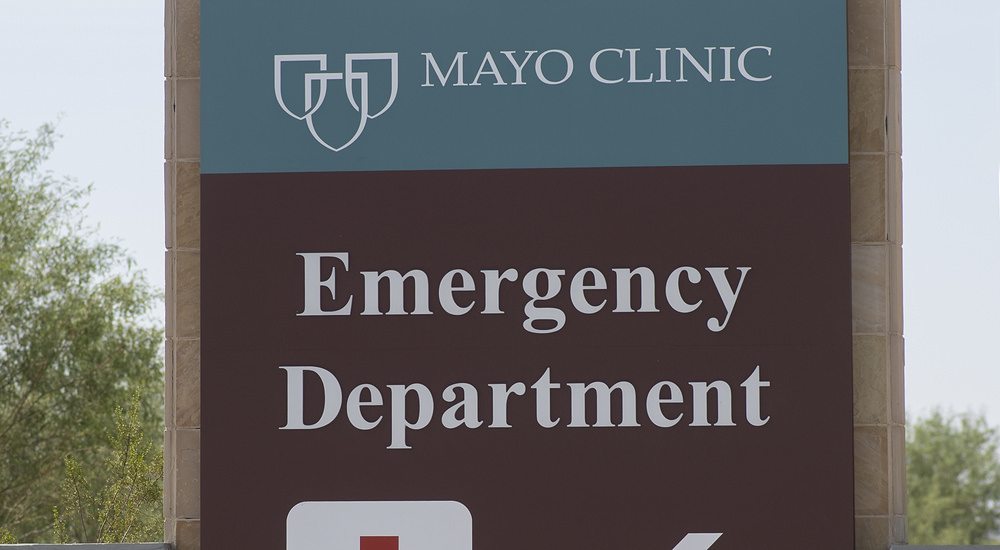 The Mayo clinic in Arizona is closing because the Medicare payments are inadequate to cover the cost of treatment.  This is a common sense reaction to not getting paid for performing a service.  This is the result of price fixing by the government.  This is what happens when government tries to control prices by force. The question then arises what about the losses incurred by this price fixing apparatus?  How are these losses covered in other Mayo clinics?  The answer is other patients must pay more than they normally would to cover these losses from Medicare.  This is why health care costs are skyrocketing along with the mandate that all who enter an emergency room must be treated whether they can afford to pay or not.  Both of these expensive propositions are the result of government forcing hospitals to provide care even though they are going to lose money doing it.

In a free economy where government could not dictate who gets what and who has to pay for the benefits, the benefactors using common sense would only cater to those who would cover their costs and provide a profit.  This would ensure the continuation of their services and the ongoing improvement because of adequate funds.  Enter the altruistic question, “ What about the poor?”  In a country where opportunity exists to better oneself there are two components to address this minor issue.  There is charity and there is initiative.  If a person decides health care is a priority they can include that in their budget.  How many of those without health care insurance find room for cigarettes and alcohol in their budget?  How many Americans do not want to be forced to pay for health insurance?  If there is one person who does not want to be forced to pay for health insurance that should be sufficient to stop any consideration of such legislation.  Why?  Because an individual has individual rights and forcing that individual to buy health insurance is a violation of his right to choose whether of not he wants to have health insurance.  If he has a cash reserve he wants to use to pay for his doctor and hospital needs why should the government overrule that desire?  Why should some people be able to tell other people what to buy or how to live their lives?

As Medicare keeps lowering what it pays for medical care the predictable outcome will be shortages and rationing.  This is the result of any price controls on anything.  If a person or entity cannot make a profit eventually they must go out of business. Non-profits that operate at a continual loss likewise do not survive.  Another tie in is the fact that wealth redistribution leads to nowhere except price controls and ultimately shortages and rationing.  For wealth redistribution is nothing more than price controls on profits.

The politicians never talk of creating a system that will thrive on profits but that is exactly what is necessary for businesses and jobs to thrive.  It is fundamental that profits must be accentuated.  When politicians talk about tax cuts they are saying what they don’t want to say drives the economy and that is profits.  Politicians like to denigrate the profits of business but they rely on them for contributions and taxes.  The Mayo Clinic has brought the profit issue to the forefront and the politicians are dancing around the issue hoping the issue will go away, but it won’t.  The more the government gets involved with health care the more failures of existing facilities and professionals will appear.  Government cannot get involved in anything without subsidies or price controls.  Subsidies likewise lead to price controls as you can see with the dairy industry.  Government has a limited method of dealing with economic issues and that method can only lead to disruption and distortion.

The American Public is ignorant of the role of profits.  Not only ignorant but envious and misinformed. Masses of people shouting that banks are “greedy” when the politicians point their finger shows how easily swayed by snake oil salesmen mobs can be.  This also explains why we get such ineptitude in politics and why the American voter keeps hoping government can “do something” about the economy.  Government cannot do anything for the economy but get out of the way and let it operate.  That fact can be ignored and evaded but it won’t change.  Government does not operate with a method that is profit oriented and therefore must operate by force and corruption. You want a robust economy?  Utilize the system that creates and sustains profit seeking, i.e. capitalism.  Trying to marginalize capitalism by tweaking it with government intervention will only create a total government run system incrementally deteriorating.  Capitalism is the most misunderstood, most maligned system and the critics who side with the politicians must necessarily trend towards socialism.  The issue has become clear with the election of President Obama as he has pushed for an explicit socialistic agenda.  This means he is anti-capitalism and this means his supporters are anti-capitalism.  This means there is a clear choice for Americans.  Do they want to live in a country where freedom is gradually destroyed or do they want to understand and embrace a system that will create and sustain prosperity?  Mushing around with the mixed economy that is deteriorating will not produce any productive results.

As more Mayo Clinics and others close consider what system is progressing and where we are headed.  Learn about the true stature of capitalism and choose accordingly or be a part of those who are sold on the idea that politicians know what they are talking about and follow the dummies into a world of want, corruption and chaos.