We May All Become Trumpsters Soon 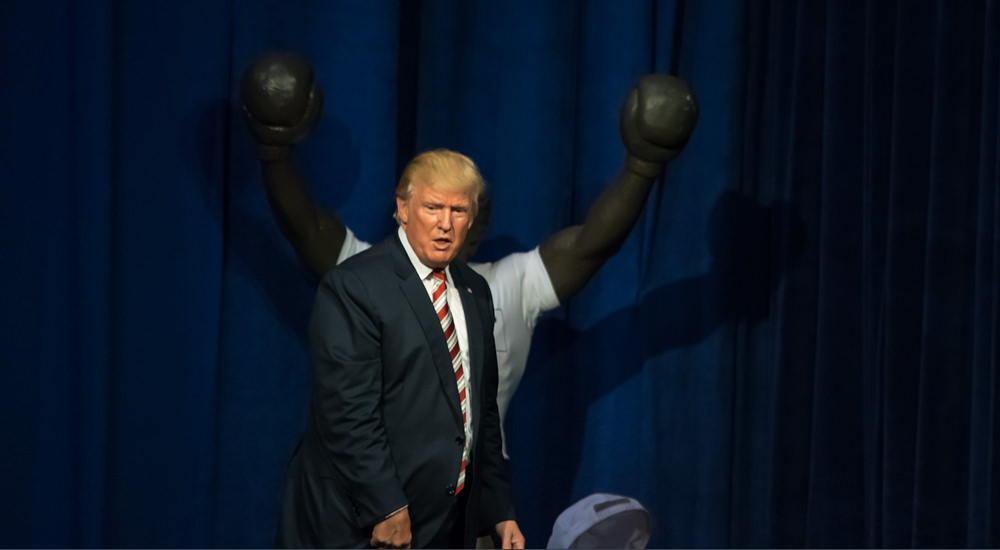 He may be loud, brash and boorish at times, but if Donald Trump can achieve even a fraction of what he is claiming to wish to accomplish early in his presidency, he will become as popular as Ronald Reagan.

Yes, I realize this is a bit of a stretch, considering it’s still a few months before his first day. It’s like saying that after only eight games, the new Dallas Cowboys Quarterback, Dak Prescott, could become the next Tom Brady. It’s a huge stretch to place either of the former names in the same category of the latter, but anything is possible.

Okay, you may be saying – what’s with the newly discovered love for the The Donald? Is he not the same guy that I could not support and just recently decided to vote for? Well…yes and no.

Yes – I didn’t care for the campaign he ran, which was short on policy and long on garishness. I’ll admit it worked, but I still didn’t care for it. But recently Trump released his first 100 day plan, along with his “first day in office” plan, causing me to change my view.

To me, this is not the same guy, which may have been his plan all along. Like an actor, he may have the public Trump persona and the private policy wonk side that he purposely kept tucked away. It’s beginning to appear this way.

Many conservatives and I are truly impressed with even his day one proposals.

He states: “On the first day of my term of office, my administration will immediately pursue the following six measures to clean up the corruption and special interest collusion in Washington, DC: FIRST, propose a Constitutional Amendment to impose term limits on all members of Congress.”

This of course was quickly shot down by that backstabbing, marble-mouthed jerk, Senate Majority Leader Mitch McConnell, who said it would not be on the agenda. Although this is a surprise to no one, Trump should still take him out back to the woodshed and have a little chat, if you catch my drift. This guy is going to be against anything which will shrink the size of government or lessen his power or tenure.

“SECOND, a hiring freeze on all federal employees to reduce federal workforce through attrition (exempting military, public safety, and public health).” Trump may not be able to use his catch-phrase, “Your Fired,” but this is the next best thing.

“THIRD, a requirement that for every new federal regulation, two existing regulations must be eliminated.” This is a great start, curbing new regulations, and perhaps he will follow up with simply eliminating old regulations, without the addition of any new.

Four, five and six are regarding lobbying bans by former political hacks. Who couldn’t be for that? Right John Boehner?

This is going to be one busy day for Trump, but if the campaign is any indication, he isn’t lacking for stamina.

Some of the other first day proposals which caught my eye is his plan to lift domestic energy restrictions the Obama “green weenies” have imposed for years and giving the go-ahead to the embattled Keystone XL Pipeline.

One I didn’t expect to see, and am beyond delighted with, is his plan to “cancel billions in payments to U.N. climate change programs and use the money to fix America’s water and environmental infrastructure.”

I’m actually becoming giddy, and it just gets better! Trump intends to “cancel every unconstitutional executive action, memorandum and order issued by President Obama, begin the process of selecting a replacement for Justice Scalia from one of the 20 judges on my list, who will uphold and defend the Constitution of the United States, and cancel all federal funding to Sanctuary Cities.” Are you kidding!

And there are still a dozen or so more, including a massive personal and business tax cut, removal of illegals, repeal and replace Obamacare, etc.

If he can pull off even 25% of what he is proposing, he will be thought of as the next Reagan, but he is going to be fought ever step of the way by political hacks from both sides. And more than likely Trump will need our help. We will have to make calls, emails and faxes to politicians who will oppose these measures. We will have to take to Facebook and Twitter in an attempt to shame these Washington insiders into the correct action.

If Trump is as true as his words, than consider me a Trumpster, and I will gladly go to war for him – because that is likely what he, and we, are in for. Gear Up!