Should Martial Law be Imposed as Rosie Insists? 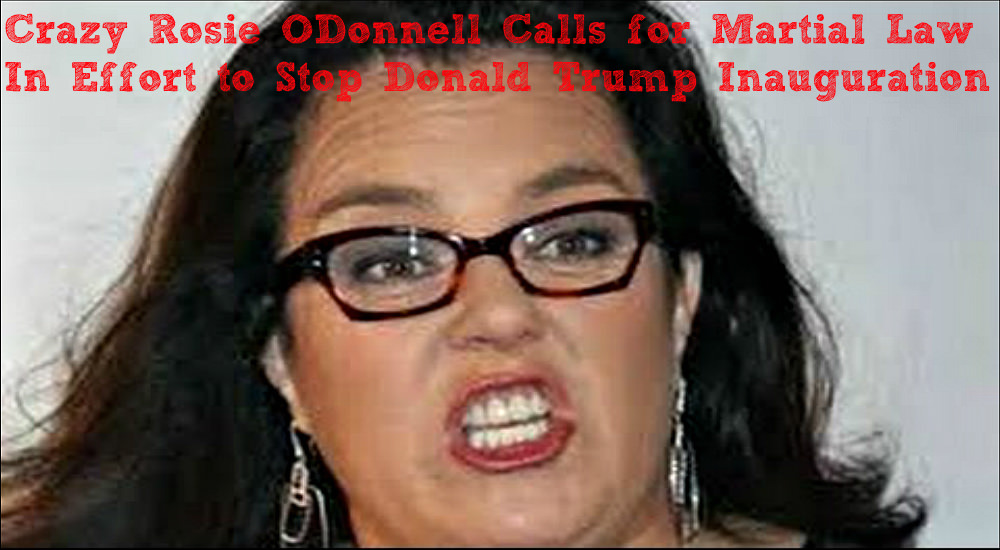 One of the unique things about western society, western democracies, and our own representative republic, is the peaceful transition of power.

Many nations have never known such a thing, as power is simple bequeathed from one family member to another, as in Syria or North Korea. It may also be obtained by coup, military or otherwise. But our system is relatively new and atypical.

We fight it out for months at time – but when it’s finally over, a winner is declared and life goes on. Sure, the losers can and do cry crocodile tears from time to time, but at the end of the day, the politically vanquished peacefully give way to the victor(s), as will occur on Friday.

Sometime between 11 AM and 2 PM, Donald Trump and Mike Pence will take the Oath of Office and be sworn in as the next President and Vice President of the United States.

That is unless current President Barack Obama declares martial law and suspends the transfer of power. No really – some are suggested that this could happen, or should, at least according to one in particular.

She attempted to elicit help from fellow genius and statist, Keith Olbermann, as Rosie the riveting tweeted: “FOR GODS SAKE – DELAY THE INAUGURATION – KEITH HOW CAN WE MAKE THIS HAPPEN”

For WHOSE sake? God? When was last time God’s name has been invoked in the lexicon of Rosie O’Donnell? I mean other than taking his name in vain.

Does she even know what martial law is? I’m going to resoundingly say NO. There are two definitions of martial law. But as America is not an “occupied territory” (although we are “occupied” by far too many morons like Rosie), the applicable definition

would then be that the current government commands the military to administer the law in an emergency due to the incapability of civilian law enforcement to sufficiently maintain safety and order.

Is that what she is suggesting? No – of course not, because she doesn’t know what martial law is. What she is actually supporting is a reverse coup d’état – an illegal seizure of power by the existing administration.

On Monday (Jan. 16) Pam Geller’s American Freedom Defense Initiative (AFDI) decided to find out whether Rosie’s position of wanting “martial law” was unique. She dispatched AFDI correspondent Laura Loomer to Times Square in New York City to video responses to Rosie’s plea. The feedback she received was astounding and worrisome, as an alarming number of people agreed with O’Donnell.

Out of the many interviewed, only two or three insisted that Trump’s inauguration should take place. The vast majority – young, old, black, white – it didn’t matter – demonstrated utter ignorance in siding with Rosie and most, like O’Donnell, had no idea what martial law is. They merely allowed their hatred for Trump to drive them to their conclusion.

I’ve often said that rather than build (or in addition to) a wall on the Southern border, it should be built around the State of California, to keep the loonies in. I would now like to amend that and add a wall around Manhattan.