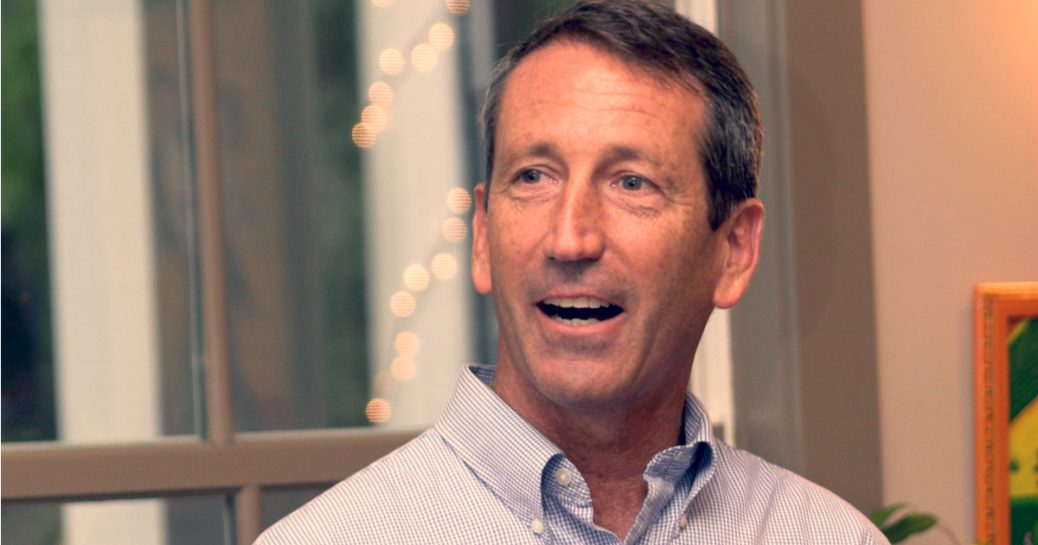 Most of us know about the defeat of incumbent Republican Congressman Mark Sanford to South Carolina State rep. Katie Arrington. Many are pointing to president Trump’s influence in the race. Trump tweeted his support of Arrington over Sanford on election day, which may have been what put Arrington over the top.

Sanford is considered to be one of those dreaded Never-Trumpers. If true, that’s a rather idiotic stance to take. It’s as idiotic a stance as being an Ever-Trumper, or Trump apologist. No man is perfect, nor is he completely flawed.

Damning a politician for who he is rather than his policy positions is just stupid. You don’t have to like the man to like his policies. But you can disagree without being disagreeable.

The feud between Sanford and Trump dates back a couple of years, when Sanford exclaimed after a meeting with then candidate Trump that he wasn’t particularly impressed with Trump’s knowledge of the Constitution. Sanford mocked him slightly, which was unnecessary.

Sanford also criticized Trump’s use of the word “s***-hole” to describe some third world countries. Again, this was an unnecessary criticism, particularly because they are s-hole countries.

It’s been downhill ever since, and almost as if Trump made a mental note to get rid of this guy when the opportunity arose.

Well it arose just the other day and Trump seized upon it. In my opinion, Trump should have stayed out of the Congressional race. Mainly because, and I’m only guessing, that he couldn’t have picked the little known State Rep. Arrington out of a line-up. But she wasn’t Sanford and claims to support the Trump agenda. That may have been good enough.

After Sanford’s loss, Rush Limbaugh took to the airwaves, basically saying that the republicans who are against the favoring of Katie Arrington over Mark Sanford are all wet.

Now normally Rush stays above these types of dust-ups, but not this time. In my opinion, el-Rushbo is also an Ever-Trumper and tends to criticize anyone who doesn’t agree with The Donald.

Rush is indeed disciplined and usually dispassionate, as most of us conservatives have to be. We must be the brains – the logic and reason, when all around us is a sea of nothing but emotion. But despite the left’s insistence that we are not, we are in fact human too. And as such can occasionally be victims of emotion over reason.

Now I’m not saying that this is why Rush didn’t come to Mark Sanford’s defense, but way back in 2009, Mark Sanford was Governor of South Carolina. And recall it was the same year of the famous shot heard round the world.

It was during Rush’s radio program – Friday, January 16, 2009. “I disagree fervently with the people on our side of the aisle who have caved and who say, ‘Well, I hope he succeeds,’” Rush said.

Rush was given the opportunity to offer a 400 word statement explaining his hope for the Obama presidency. His response was that he didn’t need 400 words. He only needed four: Rush said: “So I’m thinking of replying to the guy, Okay, I’ll send you a response, but I don’t need 400 words, I need four: I hope he fails.”

We all knew what Rush meant, but his statement sent literal shockwaves through the media and the beltway intelligencia.

And Mark Sanford joined the chorus saying: “I don’t want him to fail. Anybody who wants him to fail is an idiot, because it means we’re all in trouble.” It’s one thing to call a position idiotic. It’s quite another to call out someone as an idiot.

Since then, I don’t think Rush has been much of a Sanford fan.

All this nonsense just shows me even the smart people on our side, lose sight of what’s important. All Americans should show fealty to only our founding documents, not any political figure, no matter how well he is she is doing. Politicians come and go – even the good ones, which is why we should not attach ourselves to them. This is why I was a Ted Cruz guy. He was the closest to the Constitution. When he lost I voted for Trump, knowing he was closer than Hillary would ever be.

If she wins, Arrington may end up just as conservative as Sanford, but the point is, why replace a known conservative entity with a question mark, on the basis of what appears to me to just be spite.

It matters little now but Sanford is in fact the 15th most conservative member of the federal legislature. That’s Congress and the Senate combined. That’s 15th out of 535. Regardless of your personal animus toward the guy, he certainly isn’t an establishment stooge.

Trump should have sucked it this time and let this race be. We cannot afford to lose any more true conservatives.