Managing By Crisis: The American Way 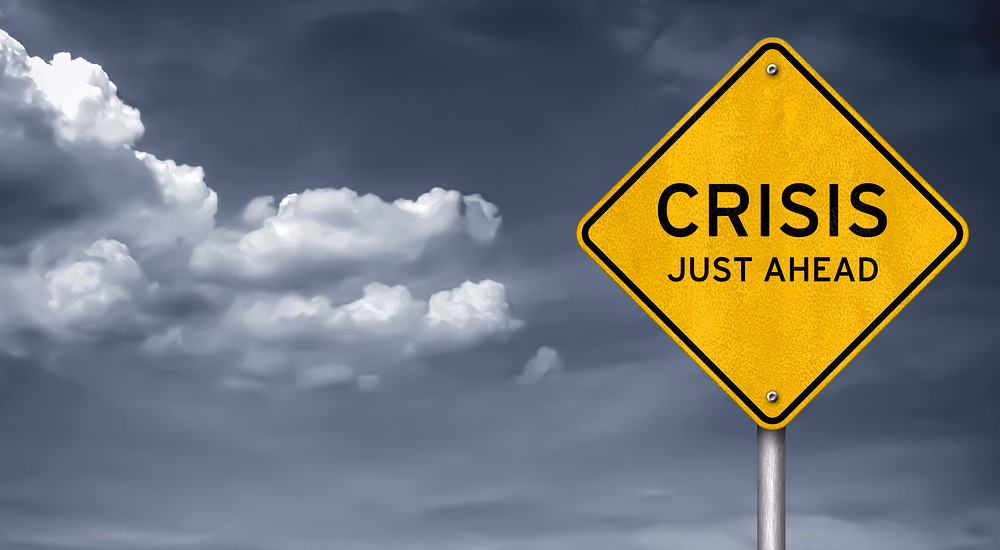 Daily we see the antics of Congress scrambling to address the latest hot-spot of trouble and unrest.  We see a press corps jumping from story to story trying to get attention with headlines that when examined are inaccurate lead-ins to pages of mush.  We hear radio and TV talking heads frantically trying to get  a moment’s input from a currently popular /notorious guest then cut them off abruptly just at a point is to be made for the inevitable commercial break that tells us over and over again that a car going down a clear well traveled road is the portal to happiness. This is not how to mange anything.

Managing implies a plan.  It means that you have thought out your objective (s), created a strategy, considered the barriers and assessed the risks.  Further it means you have assembled the resources, a method of implementation and provided for a tactic of follow up to insure success.  Does any of the above panic driven scrambling sound like managing has been involved?

Let’s take a specific case and examine how managing could have produced a more desirable result than the one witnessed.  My chosen subject is the preparation and planning of interviewers on TV.  There is such a priority in sensationalism that what we get is a huge letdown from what should be a revealing and interesting interview.  There is the hype that says be sure to watch the latest for new information.  The information usually turns out to be so insignificant or useless that it in essence is literally a waste of time.  I give you the interview with Deputy Dompig from Aruba.

The hype was that Deputy Dompig had a new theory about the disappearance of  Natalie Holloway.  This was what we were told would be revealed.  If you watched that interview you quickly realized there was no new theory at all in a lame attempt by Deputy Dompig to portray his police force as exerting an effort to resolve the disappearance of Natalie.  It was a portrayal of not what they had accomplished but what they had done and were doing.  This is typical of an incompetent manager.  Substitute feigned effort for results as if the two were equivalent.  In a lifetime of working in the corporate world I have witnessed this as the ultimate CYA tactic for what later will be a need to explain poor results.  The preparation of the interviewer was no better.  He had not learned or was not versed enough in the tangible findings of the case to challenge Deputy Dompig on his obvious rambling “theory” that contained only a  speculation.  A managed interview would have required thorough preparation and research. There would have been hard nosed questions aimed at inconsistencies like the following:  Deputy Dompig made a statement that Natalie “probably “ was under the influence of drugs combined with alcohol and could have just died from a failure of her system.  A sharp interviewer would have asked, “Deputy Dompig , I understand it is documented by the Aruba Police that Jordan had “wounds/bruises” on his face after his arrest.  Would that be consistent with a person passing out or would that indicate a struggle?”  Since it wasn’t asked, the question remains.  Of the statement by Deputy Dompig that ,” We are in the final critical stages of the investigation”  Interviewer:  “ Deputy Dompig, what exactly do you mean by “ the final critical stages”?  Do you mean you have exhausted your leads ?  Do you mean this new witness you are referring to has absolutely convinced you he knows exactly where Natalie is located?  And Deputy Dompig do you believe this investigation has been been conducted as thoroughly and as competently as it should have been?”

These are the kinds of questions that could lead to some breakthroughs.  The soft interviews that merely condone evasions leads us nowhere. Focusing on access by the media and promoting sensationalism are not objectives compatible with the search for truth.  And if reporting and interviewing are not concerned ultimately with truth what is it that we end up with?  A hyped up “story” that only disappoints us.  This is what leads to a loss of credibility by those that pursue superficial short term gains instead of building a reputation for honest reporting.

Now there are interviewers asking obnoxious irrelevant questions but this only indicates a sympathy for the viewpoint of their employers.  Take any Presidential Press Conference.  Helen Thomas turns her questions into accusations and from that we are  to infer she has a genuine concern for truth?  Deferring to her longevity in the room is no excuse for putting up with cub like rants and whoever her boss is is looking for hype over substance and that is rapidly deteriorating into the loss of credibility  I mentioned previously.

The manager’s mantra I’ve heard time and time again is based around a wish for automatized policies that eliminate management obligations and accountabilities.  This is why you get the inanities that underlings offer to your inquiries in the form of “ It’s our policy”.  You may have a legitimate issue with the way you have been treated by an agency or a business but unless you can get to someone who understands their job is to satisfy the customer regarding rational requests, you will face the wall of management’s evasion i.e our policy is……!  The aspect of followup would deter this frustration but that is the weakest link in American management.  Devise  a policy so we won’t have to decide that issue any more and then forget about it.  This is called lazy management and is the core reason poor management exists. Even the poorest policy could be corrected by careful and thorough followup.  Improvement thrives on review and reform.  If the planning stages of management are perfect they are still not exempt from review and revision if necessary.  What happens on the ground is the test, not the agreement in the boardroom.

We have and need managers but they have either been taught or refused to learn that their job is more than just posturing as boss.  This includes Congress who “manages “ the revenue we send them, The business leaders who spend tons on marketing and deliver an inferior product or service seeking to replace dissatisfied customers with new ones that haven’t caught on yet. The bureaucrats who listen to their whining employees and agree to cumbersome procedures that create long waiting lines and multitudes of duplicity.  We manage a war like we have conquered an enemy that is really our friend, our tax “contributions” like they were endless piles of disposable gifts to the demanding and we manage information via our airwaves like a momentary glimpse of excitement is all that is required for our enlightenment.

Management in America is sorely lacking.  The failures of formerly major icons is proof of that.  The newly emerging successful are stepping into the same ruts by lacking a coherent plan of success when they arrive.  Just as the final stages of the war in Iraq were poorly planned so too are the business successes  emerging.  There is no plan in any of these endeavors to deal with the ever growing tentacles of government that will attack and strangle their achievements.  They are hoping just as our politicians are hoping that somehow things will work out.  The people of Iraq will become enlightened and recognize and respect individual rights without our insistence and the government will shirk off any desire for confiscating additional revenues from the successful without a constitutional amendment restricting them from redistribution of wealth.

Management by hope is the reason for management by crisis.  It is planning and followup that avoids crisis and the need for a reliance on hope.  But first there must be a willingness for understanding and the evidence so far is not encouraging. As the runaway car careened  off the cliff ,the driver cried “ It’s still running”.  What is working doesn’t mean it is destined to continue working.  Ask General Motors.