Man Vs God A La Kavanaugh

Listening in the peripheral to the brouhaha surrounding the Senate confirmation of Judge Kavanaugh to the Supreme court, whilst at the same time listening intently to an audio version of Whittaker Chambers’ hauntingly captivating book Witness, I have been struck with the thought that the former proves the conceptual validity of the latter.

It really does boil down to the two great faiths of our existence, which Chambers basically expressed as being between the belief that God is the Supreme ruler of the universe or the belief that man’s mind is the arbiter of all that is good or evil. This, according to Chambers, defines the great battle between freedom and communism.

Oh, go ahead, call it what you like: democratism, leftism, liberalism, progressivism, atheism, socialism, fascism, hedonism, Marxism, Leninism, Stalinism, Islamism, communism. We know that variants of these ideologies apply, whenever any one group of people holds another group of people hostage to their belief system under penalty of personal character destruction, financial ruin, or worse yet, death. We are dealing with the same philosophy that holds that unless they can mold you into the perfect image of what they think a man should be, say, or do, then you might not be worthy of life itself.

Allow me the literary latitude of calling them all communists, because that is what I believe them to be.

In contrast, in John 8:7, Jesus said, “He that is without sin among you, let him first cast a stone at her,” when speaking to the scribes and Pharisees who had brought an adulterous woman to him, asking that she be stoned according to the law of Moses. After the crowd dispersed, because none among them was without sin (as are none of us), Jesus told the woman to go and sin no more. 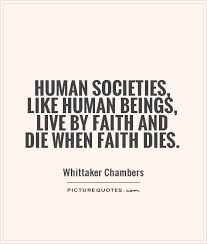 And so, we the people (who are not without sin) rely upon our sinful representatives’ open deliberation, debate, study, and discussion to determine whether that sinful man has displayed something of a measure suitable to interpret the Law, given his writings, his testimonies and his life’s work in total. As the old saying goes, nothing is guaranteed in life except death and taxes, so even after this grueling grilling, we can only be certain that he is flesh and blood, and that he will disappoint someone or another of us.

“But he sinned, but he sinned,” the sinners in the media cry out to the sinful masses, and all the sinners pick up stones and make this man’s life a hell on Earth for a short while, until they determine that he has suffered enough, so that in the future he will not be too hot or too cold when deciding anything.  Then they will know that they have molded him into the perfect image of what they think he should be, say or do, and they will let him live.

So, how do we define sin, a La man versus God? Well, we have God’s Old Testament Ten Commandments that most Christians would probably cite as a gauge of what God considers sinful, or we could build a list of man’s 2018 definition of sin, that might include:  You can’t like or dislike anyone, you can’t choose your tenant, customer or neighbor based upon who you like or dislike, you can’t hire who you like, or fire who you dislike, you can’t say the wrong thing to the wrong person (and you might be wrong if you try to decide what that wrong thing is or who that wrong person might be), and now, you can’t rise above your alleged potential misbehaviors as a teenager, even if you didn’t commit a crime against either God or man.

Our children (who are not without sin) must know that this obsessive road that we are on leads only to the pure evil of communism and away from the freedom that is to be found in the love of God. To start them down the road to recovery, I suggest that Whittaker Chambers’ book Witness be included as required reading in high schools and colleges across this country, even though Mr. Chambers was also not without sin.