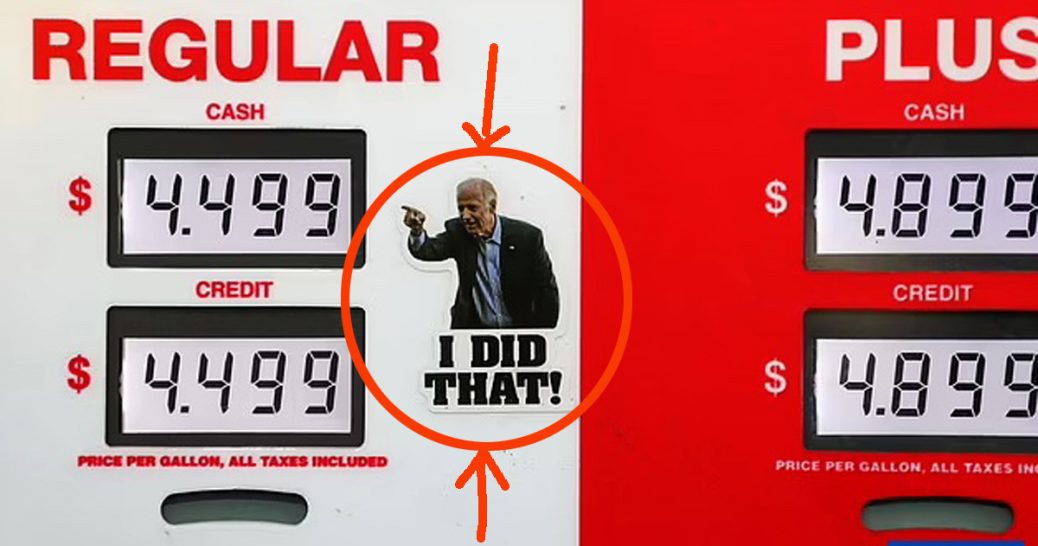 A man in was arrested in Pennsylvania for putting an anti-Joe Biden sticker with the slogan “I Did That” on a gas pump, according to reports.

The anti-Biden stickers have popped up in every state and nearly every gas pump in the nation, but it appears that one gas station has had enough and called the cops.

“Thomas Richard Glazewski, 54, of Manor Township, was arrested on March 31 after a confrontation with police that was caught on video and shared on social media by over 3,000 people as of Sunday,” the Daily Mail reported this week.

He repeatedly yells: ‘I did that. I did that. That’s what I did,’ as he points to several stickers of the finger-pointing Biden slapped on the gas pump.

Glazewski made it even more difficult to remove the stickers after spraying the surface with clear coat, a Turkey Hill employee told police.

He was charged with resisting arrest, disorderly conduct, harassment and criminal mischief last Monday and is due back in court for a preliminary hearing on April 26.

Some folks selling these stickers are making a mint, for sure, as they are showing up everywhere!