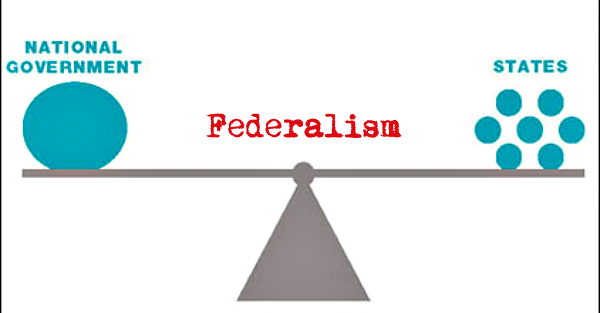 For generations, US courts have been a major impediment to separation of powers, federalism, and Constitutional rights. For much of American history, we’ve seen many infamous decisions by the Supreme Court, such as the Dred Scott decision, Plessy v. Ferguson, and Korematsu vs. United States.

District courts have been no better, such as Proposition 8 being overturned by a judge after being voted on by the citizens of California, and, more recently, Judge James Robart of Seattle nullifying President Trump’s immigration and refugee moratorium. Even though the courts have no authority to legislate, our society has been ingrained with the notion that the courts have the final say. Their decisions automatically become the law of the land, even though we have three equal branches of government, which, by design, are meant to check each other.

However, today, the Supreme Court, despite that most of its justices being either goose-stepping Leftists or “conservatives” unreliable on originalism, did something that should make conservatives happy.

Last week, the Trump administration withdrew an Obama administration “guideline” mandating public schools to let transgendered students use whichever bathroom they choose. In other words, boys who think that they are girls would be able to use the girls’ bathroom. Needless to say, this is asinine, but because of “tolerance,” we just all need to accept it and forget it. But, Trump, with input from Attorney General Jeff Sessions, rescinded the Obama order, leaving the decisions of how to handle school transgender policies to the states, where they should be, as this is not a federal or constitutional issue.

In light of this, the case of Gavin Grimm, the biological girl suing the Gloucester County (Virginia) school board to use the boys’ bathroom, is saying that the board’s decision to reject Grimm’s request violates her 14th Amendment rights and Title IX. But it is obvious that the 14th Amendment, in its equal protection clause, refers to ending slavery and ensuring that black and white American citizens have equal protection under the law. In addition, Title IX, outlawing sex discrimination in schools, clearly do not apply to students wanting to use the opposite gender’s bathroom. This is clearly not a civil rights issue.

But the Left will read the Constitution however it wants if it meets the right goals.

The Supreme Court decided to send Grimm’s case back to the 4th U.S. Circuit Court of Appeals, ensuring that they won’t issue a ruling until Judge Neil Gorsuch, an originalist and Trump’s pick to fill the late Antonin Scalia’s seat, would be confirmed. The Supreme Court’s order asks the lower court, who originally ruled in favor of Grimm citing Obama’s Department of Education guidelines, to rehear the case, considering the Obama edict being rescinded by Trump.

While the Courts clearly have been corrupted and are in major need of judicial reform, this decision by the Supreme Court today is a small step in the right direction. Hopefully the court’s action sets a precedent, but we need to constantly remain vigilant. We need to always remember that the courts do not have the final say and that their decisions are not automatically the law of the land.