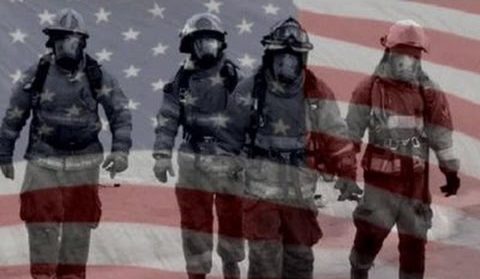 Heroes are simply honorable men who have suddenly been thrust into life-or-death situations.

When he was Mayor of NYC, Rudy Giuliani demonstrated that the way to reduce major crimes (rape and murder) was to start by focusing on more common minor crimes (vandalism and spitting on the sidewalk), and thereby make ALL crime unacceptable.  What worked at the level of a city also works at the level of the individual.

When we focus only on the heroic deeds of certain individuals in combat or life-threatening disaster situations, we tend to miss the underlying reasons for their heroism altogether.  The fact is, those same individuals typically engage in very minor acts of honor and integrity on a daily basis, but no one notices.  Ask any military “Hero” about the actions for which he was awarded special honors, and he will almost invariably be a little bewildered by the accolades and tell you he was “just doing his job.”  And he was – he was just doing his job the way he saw it, the way he ALWAYS does it, day in and day out, in thousands of minor situations with no obvious danger, except possibly to his own sense of honor and integrity.  Ask his comrades what he was like, and they will tell you that he was always someone “who had your back,” someone you could trust to do the right thing, no matter the consequences.  And therein lies the message: Heroes are not forged in combat or danger, but in thousands of little everyday actions that are guided by their sense of personal honor.  Every day, in every way, they do what they think is right, even if it cause them problems with their boss, with their neighbors, etc.  And then some day, when they are suddenly faced with a very dangerous situation, they STILL do what they think is right, because that is what they always do – they are, in their eyes, “just doing their job” as they see it.  So the development of Men who will behave well, even heroically, in dangerous situations, doesn’t come from special training in handling danger, but rather from “special” training in behaving honorably, beginning when they are children.

What we need then, is not to raise a nation of men waiting for a dangerous opportunity to act like heroes, but rather a nation of men who learned at their parent’s knee, that they should always “do the right thing,” regardless of the personal cost.

The guy who will behave like a hero under enemy fire, is the same one who will always help, and stand by, his friends, even when it is unpopular, the one who gives back the extra change the cashier gave him by accident, the one who doesn’t cheat on his taxes (even if he thinks they are unfair), the one who shows up at work early, even on bad weather days, or the kid who took a “C” because he wouldn’t cheat on his final exam like the other kids did.  Those are the people who act honorably all the time, and over time it has become “who they are,” and when they suddenly find themselves in a dangerous situation, they just continue to act honorably, despite the danger, because it is “who they are” – they are honorable men.  Those people aren’t created in the moment of danger, they are created in the thousands of very small, but honorable actions they choose to take every day.  And that is why they all say they were “just doing their job.”

Just like Rudy Giuliani’s emphasis on controlling minor day-to-day crimes, it is the focus on relatively minor day-to-day personal actions, that ultimately gets reflected in big events and heroic actions.  So if you want to be a hero, or if you want to raise kids who will be heroes, what you need to do is start focusing on the seemingly minor day-to-day actions you take, and start doing what you believe is the right thing – every time.  Then when you are suddenly thrust into a dangerous situation, you too, will “just do your job” and end up a hero, and probably find it bewildering.

In the meantime, you will just be someone of whom others would say, “Oh him? Yeah, you can always count on him.”