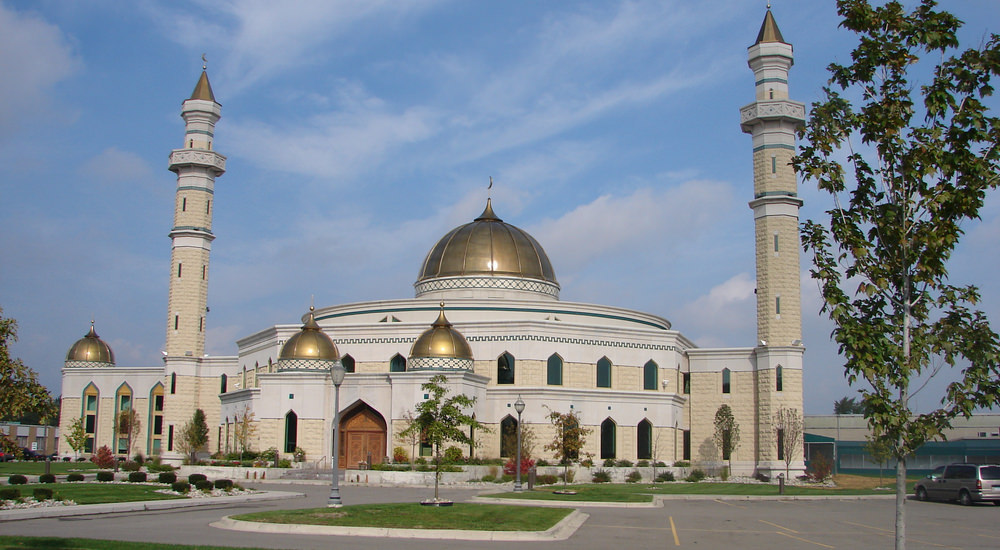 Have you not thought of this question—who was the originator of BLACK slavery?

It had to start somewhere. It must be recognized that there has always been slavery in the world going back to biblical times. Black slavery, however, began much later orchestrated by specific individuals following one leader to establish and implement it. It did not just happen. It was carefully devised by wicked people to enrich themselves.

Then, right under our noses, monuments to that evil leader and his people were being quietly erected throughout the U.S. Yet nobody has made the effort to knock those monuments down—they are very visible—and pulverize them even though these monuments actually celebrate black slavery, a cruel injustice where human beings were sold like merchandise, dehumanized, families torn apart and horrible mistreatment such as being horsewhipped, leaving lifetime scars on many.

It is strange that nobody says anything about these real monuments to slavery, yet mobs have begun attacking and tearing down the iron statues of Southern military officers as well as destroying confederate flags . Streets, buildings, and schools that had been named after Southern dignitaries, who had once owned slaves, have been scrubbed from street signs and public buildings.

This nuttiness has become so out of control that at this moment a movement has begun to erase the photo of George Washington from our dollar bills, because, say they, he once owned slaves. Now mind you, Washington did NOT instigate black slavery, but simply owned slaves.  However, the monuments to those who DID instigate black slavery remain in place without complaint.

Even so, this is a Communist tactic to erase the entire history of the U.S. A country whose people do not know their history becomes invalidated, weak and ripe for takeover which is the plan for America by George Soros.

In the beginning, black slavery was hatched in the Middle East. Black Muslims captured other black Muslims and brought them to America on Slave Ships, to sell, like cattle, to wealthy plantation owners who bought them at well publicized slave auctions.

These slave ships went back and forth with their human cargo. One of those ships was operated by John Newton. After the first trip he saw that this was not right; the trip was grueling, harsh and caused suffering to his “cargo.”  The blacks were chained together on a lower deck.

Newton, an avowed ‘wretch,’ came across a discarded book, My Imitation of Christ by Thomas Kempis, read it, was touched by it, turned to God to ask forgiveness and gave his heart to Jesus. He quit the lucrative job of transporting slaves to America and back. For him, money was not worth it if it caused suffering to people created by God.

He still felt such guilt over his activities that he wrote the song, Amazing Grace with words of his testimony that powerfully influenced the world.

Now let this settle in: Muslim blacks, captured and sold other Muslim blacks to slave traders where they would face a life of hardships in order to benefit themselves. Is there no loyalty in this group of people? Why would anyone want to support or become one of them when they will easily double cross you?

Again, the white man had nothing to do with the capture and transport of blacks from overseas to sell in America. It was done by blacks.

Now sit down for the AHA moment.  These particular monuments to black slavery are called MOSQUES!  Yes, they are all built in tribute to the man and his invented religion that created and encouraged black slavery by selling his own people.

THAT is what started the slavery of blacks in America. And every Mosque represents that. Oh yes, and that is how Muslims entered America, multiplied and now are a threat to every citizen.

Slavery is a sin, and each sin branches out to create more sin and chaos, all beginning with…..ONE sin. And we have paid the price.  As the world spins out of control, the United States has become one giant therapy center where the patients are running the psychiatrists’ offices. The patients are satisfied since the mind “doctors” will agree with every issue the patients agonize over.

Now the psych patients are leading raids to destroy statues of Southern officers and dignitaries since they once owned slaves. Yes, the inmates ARE running the asylum. But we must tear down the monuments celebrating black slavery. Then a statement is made.

The Death of Jerry Lewis

As everyone knows, Jerry Lewis died a couple days ago. He was a man who could be charming, bombastic and rude. A side I saw of him will always remain in my heart. Once in the wee hours I was taking a walk in Manhattan. Coming down the sidewalk was Jerry Lewis with his dog. We stopped to say hello, then I asked what that lump was in his dog’s ear. “Oh,” he said, “My dog is deaf so I got him this hearing aid so he could hear things, it cost me 90 dollars.”  In those days, ninety dollars was a lot of money. And of course it touched me that he had spent that money to help his dog. That is the memory I will always have of him.

To end on a solid note, during Trump’s visit to Phoenix, a protester hurled objects at police officers. An officer shot a tear gas canister at the protester, which flew in his direction, dipped and hit the protester right in his…reproductive area. He doubled up in pain as he fell to the ground. Yep. What goes around comes around.