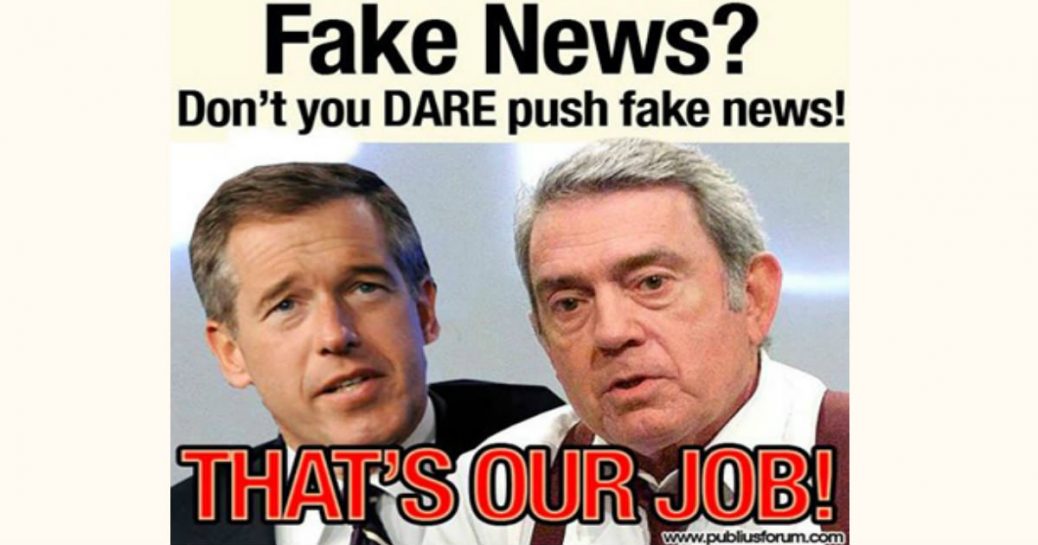 The news media are either twisting Trump’s words and blatantly lying about what he says, or they are too stupid to understand him when he speaks. A great example came out of the recent rally Trump held in Melbourne, FL.

Okay, now, I’m not claiming that President Trump speaks with the most stellar grammatical correctness, in fact, he has a habit of separating his antecedents from their explanatory phrases (qualifiers or quantifiers) which can lead to misunderstandings by those with “slow ears” in English.

Here is an example:  “John washed the dishes and Mary on Tuesday.”

People with very quick minds and high IQs do this often in their speech patterns because they think faster, and in greater scope, than they are actually speaking, and so they interject details into their own sentences that really belong with the prior antecedent.

Trump interjects his own sentences and thoughts with many displaced quantifiers and qualifiers. Most listeners have “quick enough ears” and so they have no trouble whatsoever translating this properly at a normal speaking rate because their minds have rearranged the sense of it in real time. So they know that John did not wash Mary, but that Mary was with John to wash the dishes.

So, take the statement Trump made, and look at it in light of this.

The main action that Trump is speaking about here is “you look at what’s happening”. This is in obvious reference to what is happening over a period of time, and “look” doesn’t mean he thinks his audience has traveled to Germany, Sweden or Brussels to observe this. He is obviously referencing that we have “looked” via the news and media and printed matter and the Internet.

So, if we put the separated detail last night where it really goes (just like and Mary got separated in the example) it reads:

On February 17, the night before the rally, Tucker Carlson of FOX news did a focused special on the problems that Sweden is having because they have let so many unvetted Muslim refugees and immigrants into their country. There has been an incredible increase in crime, and rape, and violence.”

That is what Trump was referring to “looking” at “last night.” The media presenting a story on Sweden outlining these problems. He said NOTHING about any terror attacks whatsoever.

For the media to take such a statement and then try to force alien meanings into it, such as that he was referencing a terror attack last night in Sweden, is a clear case of fabricating and twisting words to suit their negative and false narrative.

Nowhere in the context of anything he said did he point out any specific terror attack. He was OBVIOUSLY talking about ongoing societal problems that Germany, Sweden, and Belgium are having because they have taken in so many refugees.

The news media did not attempt to clarify with him what he meant. When he was later asked about it, he did indeed note that he referred to the Tucker Carlson special about Sweden that aired on FOX. Rather than to clarify, the news media jumped at the opportunity to inject their own disgusting concepts, ideas, and accusations to demonize him, criticize him and speculate with outlandish conjectures as to why he referred to a terror attack that didn’t exist. FAKE NEWS. They made up a story to demonize and deligitimize Donald Trump.

They took something that did not exist and used his manner of speech to support their fabricated fantasy that Trump was referring to a terror attack that never happened and must be senile or deluded. FAKE NEWS. They are all masters at fabricating fictitious lies out of imagined meanings never spoken by Trump at all.

Then they twist the narrative and isolate the sound bite in the context of their twisted narrative to deceive the viewers into believing that Trump did indeed seem to refer to an incident that never happened.

And, ironically enough, a night later the situation in Stockholm, Sweden did erupt in radical Muslim fomented violence, rape, vandalism and other acts of destructive criminality. The news media then found itself again on the wrong side of the narrative, so they began pushing the lie that Trump and conservatives are over-exaggerating the trouble Sweden is having. More FAKE NEWS to cover the lies of their previous FAKE NEWS.

They are enslaved to the ideologies of the left and to misrepresenting facts to paint the opposition in a negative light. Any group of communicators who are disseminating deceptive information aimed at influencing the public mind toward a specific political ideology are not the free press, they are the controlled and manipulated propaganda press.

Trump and other conservatives who have taken up the cry, are absolutely right to be calling them out for who and what they really are, FAKE NEWS leftist propaganda. And when the press has been hijacked and used as a front by one political ideology over another, it is no longer an objective, neutral, free press, it is FAKE NEWS, it is purposefully deceiving Americans and manipulating the public mind and it is absolutely the enemy of a free people.

The REAL free press are those news outlets who are giving the honest facts, being objective, and even when giving opinions they give them about the true facts at hand, not fabricated narratives and fake news.