Mad Thoughts: Today Is “S” Day As In SCOTUS Pick 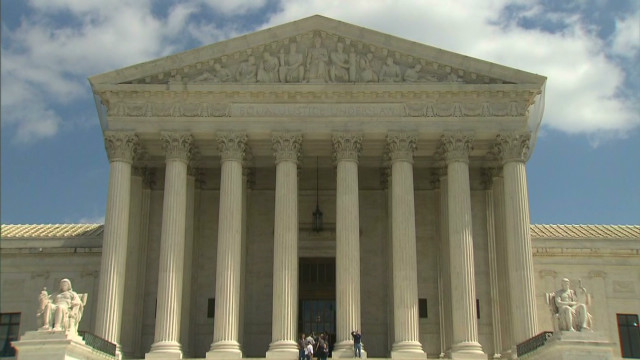 (You may not agree with the views of this writer but you gotta love his dog!!)

Who is he gonna pick?

Today is the day we find out who President Trump has picked for his Supreme Court nominee to replace Justice Kennedy.  Right now, the odds on favorite by a 2-1 margin is Brett Kavanaugh, who has shown in some of his decisions that he as indeed read the Constitution as opposed to liberal Court members who can’t even spell the word. I don’t usually read the National Review, but Shannon Coffin has an good take on why Kavanaugh would be a good Trump pick.  Personally, I would like to see Amy Coney Barrett as his pick. Barrett is a Catholic with seven children who, at one time, clerked for another great constitutionalist, Justice Anton Scalia. Having read her writings and listened to her lectures it is very apparent she learned a great deal from Scalia in regards to the role of justices and judges in a Constitutional Republic, which is us.  Also it is going to be a lot fun watching the Dems try to roast her in the nomination hearings.  After all, aren’t they the ones who always tell us that the war on women is from the Republican side?  Be interesting to see how the Democratic Socialist Party squares that move!!

A Democrat Socialist lie? I am shocked, I tell you, SHOCKED!!

On June 26, 2018, Alexandria Ocasio-Cortez shocked the establishment Democrat world by defeating 10 term incumbent Joseph Crowley in the New York primary.  Cortez’s claim to fame is that she was the girl from the Bronx.  She has a degree in liberal arts, majoring in economics and the only job she has ever held was being a bartender, because that’s what those kind of degrees gets you.  Oh, did I forget to mention that she is a dyed-in-the-wall Socialist who thinks Venezuela is the greatest country in the world?  Must have slipped my mind. Not enough covefefe.

Well, it didn’t take long before sharpshooters , such as Joshua Caplan of Breitbart, started looking into her background and, guess what, they found she was LYING!!  It seems she was only a small town girl living in the Bronx world (thanks Journey!) until she was five years old and then her successful father loaded up the truck and moved to Yorktown Heights, Heights that is, swimming pools, movie stars. Yorktown Heights is a is an upscale suburb of trendy Westchester County were the average income is $90-$100,000. Not exactly “crumbs”, unless, of course, you are Nana Pelosi which, in case, it is!

It should come as a shock to no one that the Democrat Socialist Party comrades will pad their resumes with a few lies. Can we not forget that Hilldog the Faller Clinton , in 2008, recalled how she landed under sniper fire in Bosnia in 1996, when a cease fire had been in effect since 1995.  How about Hilldog’s husband, Slick Willie, who lied about cigars and Monica Lewinsky. And, hey, what about good old Ricky Blumenthal and his Vietnam war service.  What a whopper!!!  All added up , Cortez will probably win in the general election and she will then join the ranks of some monumental lying sacks.

Last Thought Of The Day: NATO

Before President Trump goes to Britain to be embarrassed and humiliated by our so-called ally, he is going to make a stop at NATO HQ., in Brussels, Belgium.  I bet the first thing he is going to ask is why can’t the other members pay their bills.  The US contributes three-quarters or 75% to NATO in defense of Europe. This is in an organization that consists of twenty eight nations!

NATO was organized in 1949 as a bulwark against possible Soviet Union Aggression during the Cold War. Well, guess what, the Cold War is over! The Berlin Wall is down, the Soviet Union crumbled, and the former Warsaw Pact members are all free countries.  So why are we still in NATO?  Isn’t time to just tell them that everything is cool now and walk away?  Besides, anyone with two cups of coffee under their belt can tell you, the biggest threat to Europe is not Russia, but Islam.  And do we really want to stay and get involved with that fight?  We already got involved with two wars bailing Europe out, do we really want to go for three?