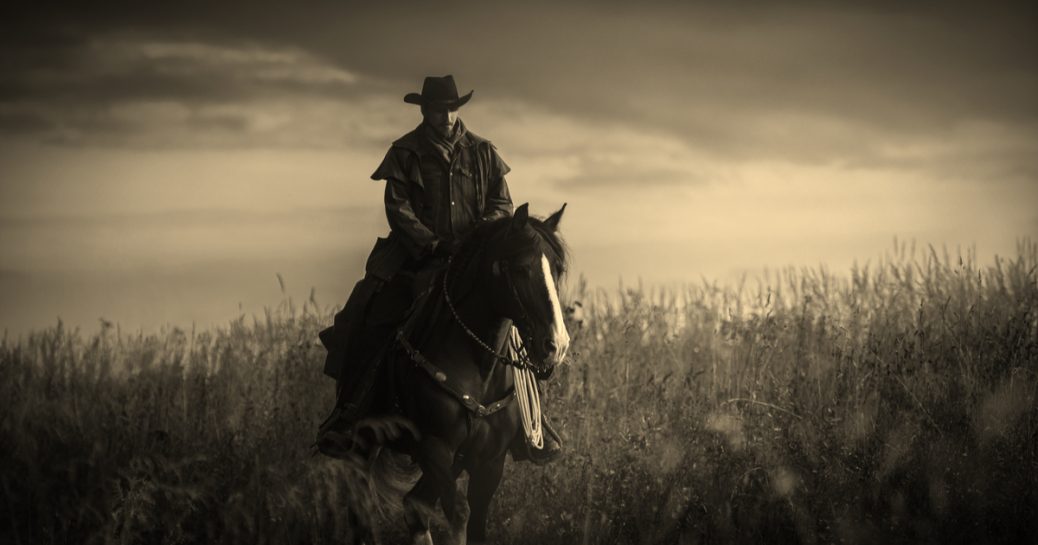 Louis L’Amour – famed western writer, penned roughly 130 Western novels, and short stories, to include the old Maverick television series; I have perused as many as 75% of his books – like many a sailor of my era, I became almost addicted to L’Amour in the USN; reading some of his books more than once… His’ Education of a Wandering Man is (an autobiography in which L’Amour not only recounts his life’s sundry diverse experiences which took place before he settled down to write; he details – by year – the hundreds of books which he studied; books of Classical Literature, Philosophy, Law etc.) included in a number of scholar’s recommended books lists, some quite surprising e.g., Father James V. Schall (S.J.) includes L’Amour’ book in his book titled: Another Sort of Learning. Schall has recommended reading lists in a number of his books; L’Amour’s inclusion is only a surprise because – L’Amour is on my recommended reading list, and the because of the type of books joining L’Amour on Schall’s list; it is not that L’Amour is not an intellectual, it is the L’Amour is by analogy: both the suit and tie, non-calloused handed design-engineer and the sport-shirted, khaki trouser wearing field-engineer/technician with sand-papered palms, no other booklist member fits that description…

Included, in most of L’Amour’s books is a sense of what has come to be known as “frontier” or “Western-justice,” which Hollywood and amoral “culture-elitists” generally deride as simplistic and the “black and white” morality of the bigot. Of course when one holds morality to be personal choice – as the amoral cultural elitists do – their glaring inconsistency vis-à-vis their “moral” denigration of “frontier justice” should embarrass them into silence, but the sentimental (of which amoral cultural elitists are but one example), by definition cannot be consistent in their “reasoning” (their powers of illation is a patchwork of emotion and concepts derived from an education which generally seems to have transcended their mental faculties’ grasp), and thus their reason is generally an exercise in self-satisfying self-interest.

For L’Amour – and the characters of his novels, justice begins with facts, and ends with the facts; extenuating circumstances – regarding an individual’s moral shortcomings – are not out-of-hand dismissed; nor were American’s and their wider representatives, the denizens of Christendom, given to: “let us, my brethren- hang the bastard and then figure out whether he is guilty of that which he/she is accused…” Instead, the “code of the West” was an expectation of sober honesty; to challenge, or malign another – such was a rarity (thus, the sober honesty; there were dire consequences which must follow a challenge) – was something which required a response. An unanswered challenge, or an uncontested disparagement of one’s character, was evidence – respectively – of one’ cowardice or one’s untrustworthiness; such led to people to disassociate, and shun the coward, or the scoundrel. Thus, people were circumspect in their dealings, because they neither wanted to be offended nor to offend; much of their moral sobriety stemmed from an empathy… Each understood the importance of a good reputation; often a reputation was a matter of life and death (Thus the childhood story of:  “The Boy that Cried Wolf”), and thus the moral sobriety of our ancestors.

So what is the relevance of Louis L’Amour, his books, movies et al? L’Amour and his characters were men – and women – of principle. Louis L’Amour does a bit of “sermonizing” in his books i.e., he relates actions with principles. And the principles are both pragmatic – necessary for survival – and smack of eternal verities, thus they are principles which foster civilization, e.g., justice, truth, honesty, loyalty, fortitude, prudence, magnanimity, temperance, industriousness, self-discipline rugged individualism, faithfulness, circumspection, stolidity, love… L’Amour’s books generally “hook” you in a page or two because he generally wastes very little time establishing a drama of good vs. evil; he gets right to it… If one has never enjoyed L’Amour before, I suggest a bit of jerky and black coffee as an accompaniment…

L’Amour’s principle of love is primarily a seeking of the good – for oneself, and family e.g., If you brace one Sackett, you may have a whole passel of Sacketts with which to contend…, although romantic love drives the lonely cowpoke or gunman, there is very little in the way of romantic love in L’Amour, instead the “romance” lies in L’Amour’s characters facing their fears, knowing they are over-matched, but doggedly pushing on, because to otherwise is to die, or to imperil others, betray a trust, or what have you.

L’Amour novels are bereft of sex; the lone exception of which I’m aware of is The Last of Breed, and Louis actually has an annotation apologizing for the “PG” tête-à-tête, noting that the story takes place in the 1980’s rather than 100 or more years in the past, as most of his stories do, and thus a “PG” sexual encounter is included in that tale. By the way, Last of the Breed is a page turner!
Youths of today may benefit from reading L’Amour because he does lace masculine virtues amongst his heroes and his villains are not cookie-cutter bad guys; there is any number of characters which exhibit virtues and vices, and the battle takes place in the individual’s soul… Moreover, Louis L’Amour’s stories hook the reader – at least this reader – in a couple of paragraphs, but maybe I am an easy mark? L’Amour’s stuff is great, and much of it is written from his life’s experiences; what a life!