Look Who the Candidates are Ignoring 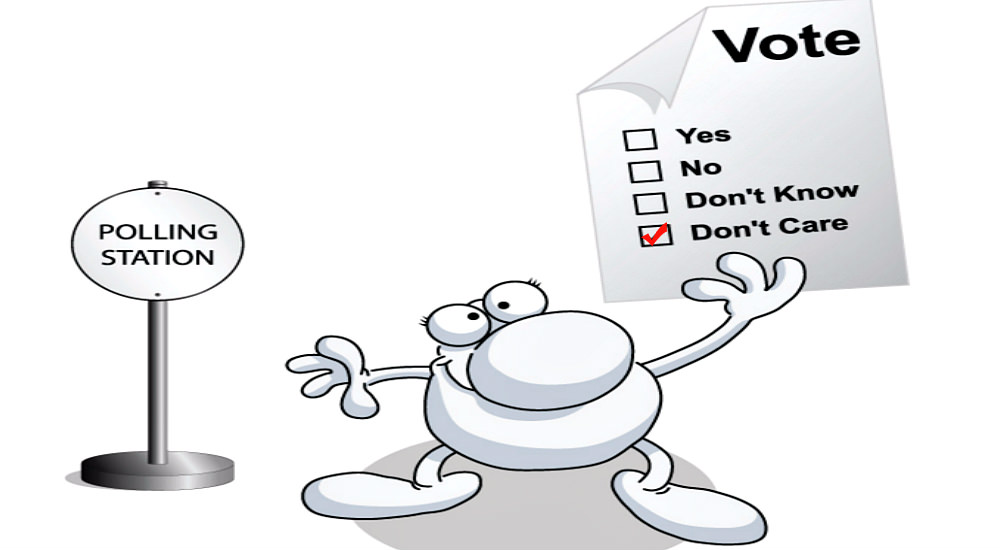 Dr. Billy Graham has observed that, “bad politicians are elected by good people who don’t vote.”

In Georgia’s Sixth Congressional District special election last week, 57 percent of registered voters stayed home. The race repeatedly made national news because it was possible that a Democrat could be elected to that seat for the first time since 1979. In an advertising blitz for the candidates, outside groups poured over $14 million into the contest, and the Democrat, Jon Ossoff, spent a record-breaking $8.3 million on his campaign.

All that, and just 43 percent of the voters were motivated enough to cast a ballot – non-voters won in a landslide. In fact, non-voters always win.

In 2012, despite a photo-finish presidential election, hot button issues at stake, and an estimated $6 billion spent on campaigning, voter turnout dropped from 57 percent of eligible citizens voting in 2008 to an estimated 55 percent in 2012. Only 63 percent of eligible voters are even registered. And a side note: off-year elections statistics are worse: just 36 percent of the voting-eligible population cast ballots in 2014 – the lowest in 70 years. Since 2002, the average voter participation in off-year elections has hovered at 39 percent.

Only eight states and Washington D.C. had high enough voter turnout where one of the candidates on the ballot won more votes than people who did not bother to vote: Iowa and Wisconsin for Trump, Colorado, Maine, Maryland, Massachusetts, Minnesota, New Hampshire and D.C. for Clinton. Non-voters swept up the rest of the country.

Surveys by Northwestern University’s Non-Voters in America reveal that in terms of ideology, 15 percent of non-voters are liberal, 27 percent moderate, and 21 percent self-identified as conservative. Using that equation, about 44 million non-voters considered themselves moderates or conservatives in 2012. Liberal Barak Obama scored five million more votes than the middle-of-the-road candidate Mitt Romney.

In the 2016 New Hampshire U.S. Senate contest, the Democrat nominee bested the Republican incumbent by fewer than 1,000 votes (.14 percent), but more than 135,000 voters stayed home. For the first time since 1988, Pennsylvania voted for a Republican presidential candidate despite a Democratic voter registration advantage of nearly a million people. Donald Trump won Pennsylvania by a 0.70 percent margin (44,292 votes), however about ten million (10,000,000) registered voters did not show up on Election Day. Incumbent Republican Senator Pat Toomey eked out a win by just 100,000 votes in the same election.

Northwestern University’s Non-Voters in America project classifies non-voters into several groups including “too busy” and “pessimists;” 27 percent of non-voters were “pessimists” who were turned off by their limited choices and did not vote. According to a Non-Voters in America study, “Pessimists earned their label because, compared with other non-voters, they are more likely to think the country is on the wrong track and are more likely to dislike both the political candidates and the government more generally.”

Non-Voters in America also found that “active faithfuls,” self-identified evangelicals, make up about 11 percent of the non-voting public. They are the most mistrustful of government and have a very low opinion of politicians. Non-Voters in America’s study concluded that, “politically, they lean conservative … and are very knowledgeable about how government and politics work. They are also high news consumers.” If the non-voting “active faithfuls” were targeted in the Bible belt state of Georgia, the results would likely have been much different.

One of the founding tenets of the United States is that the government derives its authority from the consent of the governed. So why the chasm between tens of millions of non-voters and political campaigns? Simple: when voters are presented with impotent and insipid candidates over and over again, they feel disenfranchised, cynical, and apathetic. Non-voters clobber candidates left and right.

According to a December 2016 Pew Research Center report on non-voters, about 26 percent said they “didn’t like any of the candidates.” However, inspirational candidates with innovative platforms – think Ross Perot, Ron Paul, and Bernie Sanders – always excite the electorate. Better candidates mean more voters.

One more factor: according to an ABC News/Washington Post survey, 48 percent of respondents said they would prefer a third-party candidate to run. An Associated Press/University of Chicago poll revealed that 71 percent of millennials want an alternative to the Republican and Democrat nominees. More choices mean more voters.

Michigan State political scientist Corwin Smidt has observed, “We’ve seen a huge increase in technology and the ability to turn out the vote. In terms of a cost-benefit analysis, the parties and candidates see that it’s much easier to turn out people who agree with them than it is to change someone’s mind.”

Question: are conservative candidates raising the bridge to capture likely prospects among non-voters or trying to lower the river looking for converts?

Peter B. Gemma is an award-winning freelance writer whose articles have appeared in TheDailyCaller.com, the Washington Examiner, AmericanThinker.com, and Military History.