So Long to the Nuts? California Files Paperwork to Vote on Secession! 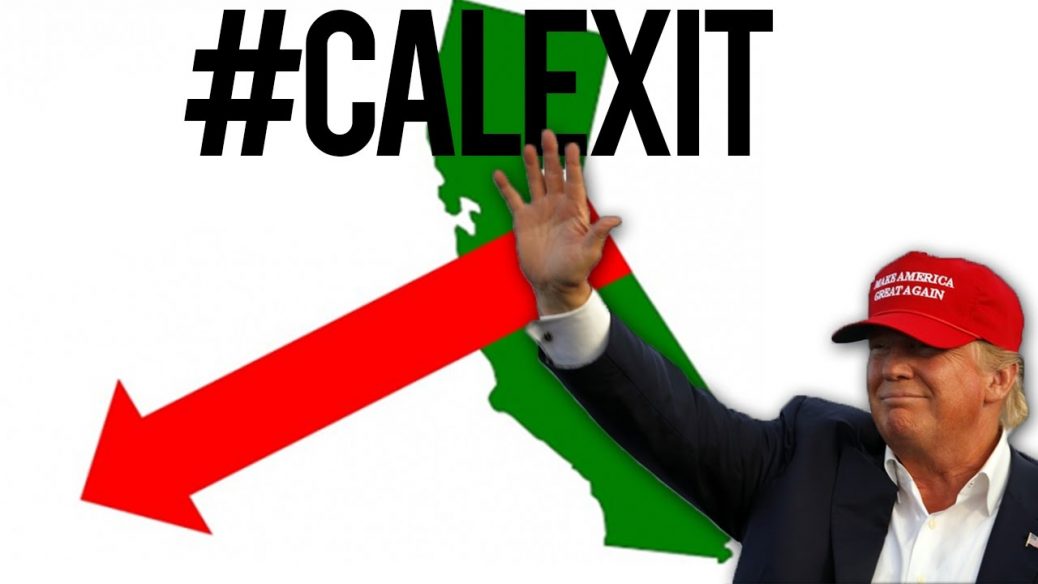 In response to Donald Trump’s victory on Election Day, the state of California has filed paperwork to add secession to the public ballot as early as 2019.

While the secession dream is incredibly unlikely, Donald Trump’s election has made many in the state question their state’s place in the United States according to Sherry Jeffe, political scientist at the University of Southern California. ““Right now California is the polar opposite of what is going on politically, culturally and in some cases economically in Donald Trump’s America,” she said.

The “Calexit” movement has been treading water for the last 2-3 years for reasons which have nothing to do with Trump but has been invigorated over the last few weeks as more than 15,000 Californians have added their names to the secession movement. The group pushing the movement, “Yes California”, is using Trump’s election as a catalyst for the movement which had been steadily gaining steam. “We’re doing it now because of all of the overwhelming attention,” Marcus Evans, Yes California’s co-founder and vice president, told the Los Angeles Times.

The necessary paperwork has been filed with the Secretary of State’s office which allows the group to collect the necessary 500k+ signatures needed to officially add it to the ballot in 2016.

Whether they are able to connect all of the dots or not, the very idea that California would leave the country as a result of Donald Trump’s election is both hilariously childish but also expected of a state full of liberals who have had their agenda shoved down the throats of the country for the last 8 years.