London Vehicle Attacker Osborne is a Tool of ISIS 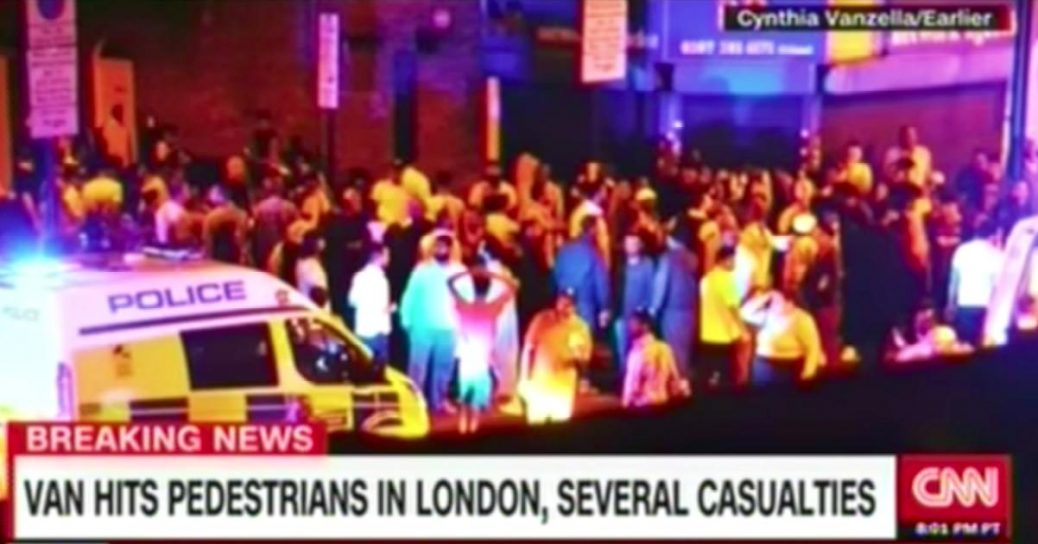 Ramadan, the Muslim Holy Month is soon coming to a close. And what a month it has been – record setting in fact. There have

been more deaths and more casualties in 2017 than any Ramadan month prior. In fact, as Breitbart writes, that deaths have more than tripled that of 2016 and injuries have doubled. They have been kind enough to add a timeline, chronicling daily attacks from the start of Ramadan, and will update attacks daily until the close on June 24. I invite everyone to view it by clicking on the link above. It’s rather remarkable.

Then there is the singular event, which has attracted so much press attention, of the whack-job white guy in London who used a van to mow down several Muslims exited a Mosque. Of the incident, the Atlantic penned a piece entitled, “An Attack From the ISIS Playbook.”

They’re right about that. No doubt this dirtbag Darren Osborne got the idea of using a vehicle from the recent Islamist attacks. However, the liberal Atlantic added a subtitle to the piece which reads, “The London attack seems to fit with a pattern of growing attacks on Muslims—both in Europe and in the United States.”

They write that the attack by the white guy in London was “right out of the ISIS playbook,” for the following reasons. “The attacker was a man, apparently acting alone. He took as his weapon a simple van, ramming it into people in an attempt to kill them. And he obeyed the command from ISIS spokesman Abi al-Hassan al-Muhajer to strike civilian targets in the West during the holy month of Ramadan.”

They then write that, “There was one crucial difference, of course: The attacker was trying to kill Muslims…” Umm…yea he was. That was his whole point. He was even reported to have said he wanted to “kill all the Muslims.”

This is not only NOT a crucial difference, but barely a difference at all. The vast majority of deaths and destruction perpetrated by ISIS, al-Qaeda, Boko Haram, al-Shabaab, the Taliban, etc. over the last month have been against other Muslims who were just not Muslim enough. But, until now, it has been the relative few, but horrific, attacks on the West that have garnered the most press.

In a mistakenly prescient statement, British Prime Minister Theresa May stated Monday morning that, “This was an attack on Muslims near their place of worship … and like all acts of terrorism it seeks to drive us apart.”

This is one of those rare times when a politician is both dead wrong and simultaneously incredibly insightful. That’s a tough feat to pull off, especially for a politician. They are usually just wrong, and rarely insightful, especially the ones of the European variety.

She is right that this was an attack on Muslims, but his aim was not to separate us, but to “kill all Muslims.” Again – he said so.

However, the second half of her statement is the prescient part, and it’s doubtful she knows why. It probably just sounded good. ISIS, and more than likely the other major terror groups, does in fact want to separate us.

Ryan Mauro at the Clarion Project explains that separating us is exactly the plan of the Islamists. He says that the majority of Muslims throughout the world live in “a gray zone” – not necessarily loyal to the West – but also not supporting the Islamists.”

ISIS in particular has urged their followers to attack the West with abandon. Although the few attacks have been horrific, they have had little effect overall in “conquering the West.” But this attack on seemingly innocent “gray zone” Muslims is just what the hakim (doctor) ordered – a non-Muslim seeking vengeance on the Muslim community. ISIS describes it as “the extinction of the gray zone plan.”

The real purpose of the Islamist plan is to increase attacks on non-Muslims in the West. This, they hope, will goad whackos like Osborne into indiscriminately strike back – causing an anti-Muslim backlash. The hope then is that this will in-turn drive, or further “separate,” these millions of “gray zone” Muslims from the West and “align themselves with the Islamists.

Osborne, and those like him, is actually acting as a tool of ISIS.