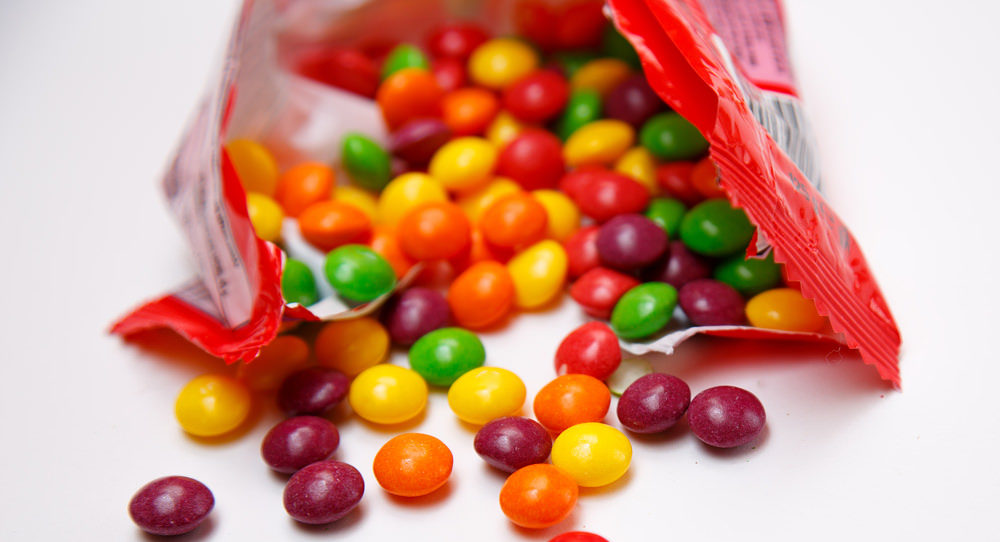 Well, this should not take long. We’re only talking about Skittles. It’s not like they are people or something. The latest Trump scandal involves Donald Trump, Jr. It’s reported he transgressed, transformed a bag of brightly colored Skittles into a metaphor and all media (1-2-3-4-mm-5: almost a four letter word) broke loose.

Blue Swede’s Hooked on a Feeling, better known as the Democratic Party theme song, at least it should be; includes the following lines:

Lips as sweet as candy
It’s taste is on my mind
Girl, you got me thirsty
For another cup of wine

But actually poison in Trump, Jr’s. “what if” story, dressed up to look like Skittles, is the villain. Poison is the metaphor. The Skittles are innocent victims. Hmmm. This took longer than expected. Now we’re talking allegory. We’ll have to start over….