Life, Liberty, and the Pursuit of Happiness is Only Kept Secure by a Strong Military 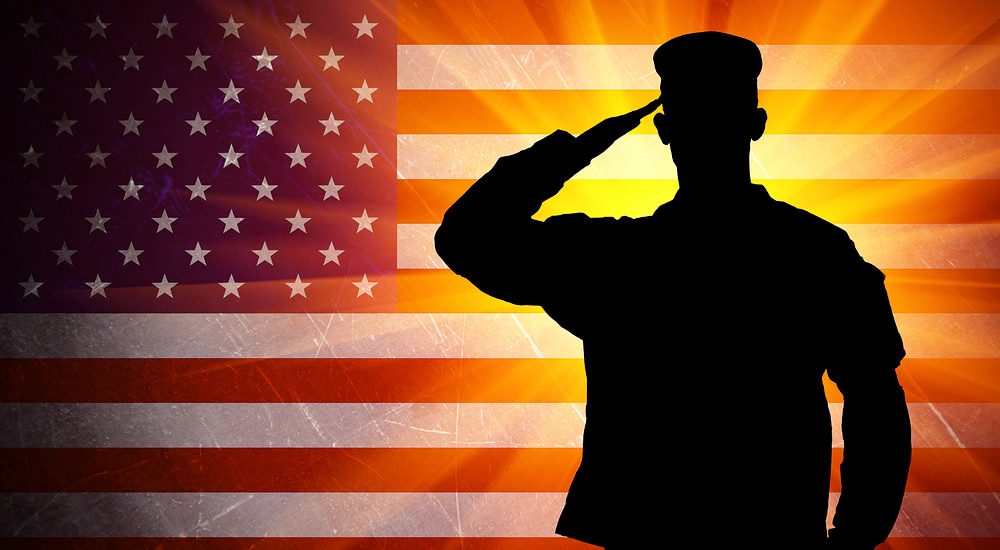 Our rights were ordained by God, long before the United States of America existed. The greatness of those words by the Declaration of Independence is that it is the first time that man in a position of leadership recognized it was important enough to write it down and Declare it. All men are created equal, and we see not a word that states, “BUT” in that sentence. That means that all men are created equal, have equality in all aspects of life, and shall be deemed as important as any other man. The word man in the vernacular of that time meant people, so if we were to use today’s verbiage, then it would say that All people are created equal in the eyes of God and in the United States. God has granted all men the Unalienable Rights of Life, Liberty, and the Pursuit of Happiness. We all as Americans have God’s blessing to have life, not if one determi

nes we have life, but life in all of its glory, from conception to a natural death. No man, nor woman has the sole right to determine the existence or right to life. No court, no law, no Doctor has the right to determine this. God has so spoken and given to each person that right. Our liberty to live in a society where we do not fear reprisal for existing, nor for being whom we are is guaranteed by God and our Declaration of Independence. We shall not be hindered in our endeavors as long as we do not hinder others in their lives and endeavors. Our pursuit of happiness is a personal and individualistic idealism, where each of us considers different avenues as our way to happiness, prosperity, and a life of unfiltered existence. No man can choose our happiness or our path that we shall follow to gain that hap

piness. These three Declarations are the basis for all that is good, great, and unique only in America. America provides freedom to exist, to live, to pursue, and to believe as we so desire, and no man or woman has the right to control those rights.

The words that Evan McMullin uses in his principles pact with all Americans…”Our basic rights are God-given. Every American is created equal and has the same right to life, liberty and the pursuit of happiness. The fundamental purpose of government is to secure, not define, these rights for every member of our diverse society.”

America can no longer believe that to keep encroaching on the size and upkeep of our military will keep America safe among the terrorist, and countries who are determined to take away our form of government and lifestyle. We must have the most modern, well equipped and best of the best military in the world. This means an update to our current military weaponry and vehicles, ships, planes, helicopters, and leaders.  Evan approaches this area with : “America’s men and women in uniform are the pride of our nation. Their sacrifices and hard work keep us safe day in and day out. Yet increasingly, we are failing in our obligation to provide them with the training and equipment they need. The number of planes, ships, and soldiers in the Armed Forces is falling toward levels not seen since before World War II, even as the world grows more dangerous. President Obama’s reckless leadership, aided and abetted by Congress, has put the military on a path to almost $1 trillion in cuts compared to projected needs.

The consequences of this neglect are all too real for American service members. Both the Marine Corpsand the Air Force have stripped spare parts from museum aircraft to keep their aircraft flying. Last year, the Air Force’s top general told Congress, if his airplanes were cars, there would be “twelve fleets of airplanes that qualify for antique license plates in the state of Virginia.” Meanwhile, only one-third of active Army combat brigades are ready to fight. The Navy is wearing down its sailors and ships with extended deployments because the fleet is too small to carry out its missions.

There are strong advocates for the Armed Forces on both sides of the aisle, yet President Obama insists that he will only spend more on defense if every dollar for the Pentagon is matched by a dollar for domestic programs. In short, he is holding the military hostage to his domestic priorities. Sadly, Hillary Clinton promises to keep this same policy in place, despite the constitutionally mandated responsibility of the federal government to provide for the common defense.

At the same time, Donald Trump dishonors our men and women in uniform by calling on them to kill the families of terrorists and to torture prisoners. Trump says he wants to build the strongest military ever, yet he is on the record in favor of the deep cuts to the defense budget known as sequestration. In his arrogance, Trump even says he knows more about ISIS than our senior military leaders while admitting that he gets military advice from television shows.

Our troops deserve better. Evan McMullin believes that what we spend on the military should reflect our country’s strategy and the threats to our security, not domestic political goals. He will never ask our men and women in uniform to compromise their honor, and he most certainly will never dismiss the expertise and advice of our senior military leaders. Rather, when Evan is President, American service members will know they have a friend and advocate in the White House.

The Department of Defense must be a responsible steward of taxpayer dollars. Far too often, the cost of major weapons programs has greatly exceeded projections, while the programs fall years behind schedule, depriving the troops of the cutting edge equipment they deserve. Evan McMullin supports bipartisan efforts in Congress to reform and rethink the weapons development and acquisition process. Above all, there is a need to establish clear lines of responsibility so that senior officials can no longer pass the buck when explaining what went wrong.

The Pentagon also needs to bring the ratio of troops to civilians—or “tooth to tail”—back into balance. The number of troops has fallen by more than 100,000 since 9/11, yet the number of civilians has risen by 50,000. While DOD civilians serve with commitment and pride, the Pentagon does not even have the ability to fully track its manpower requirements and decide which positions are necessary and which are duplicative. No profitable business would run this way, and we should expect and demand more from our government.

Similarly, the Pentagon has a poor understanding of its contractor workforce, whose size is comparable to its civil servant workforce of about 750,000. While focusing on the challenges to efficient weapons buying, the Pentagon has made far too little effort to monitor spending on everyday goods and services, on which it spends tens of billions of dollars every year.

Finally, the Pentagon must complete its efforts to trim the excess facilities that still remain from the Cold War era, when the force was 50 percent larger. Many of these facilities are partially shuttered, so they serve a little purpose while consuming maintenance dollars.

A President’s most solemn responsibility is to the men and women under his command. Evan is the only candidate in this election who will take their needs seriously. Under Evan’s leadership, we will rebuild the military and give our service members the tools they need to defend our freedoms and our way of life—while also protecting Americans’ hard-earned dollars.”.

America must be better at what we do, and that includes the latest technology, the latest in the internet and terrorist warfare, as well as being more agile, more powerful, and less accepting of attacks on Americans and America.

To me, this is the true beginning Principle that any leader should be judged on when being viewed as the most powerful leader in the world. Today, America must make the jump to a man of character, principles, and an idealism to guarantee every American’s freedom from terrorism, oppression, and division….