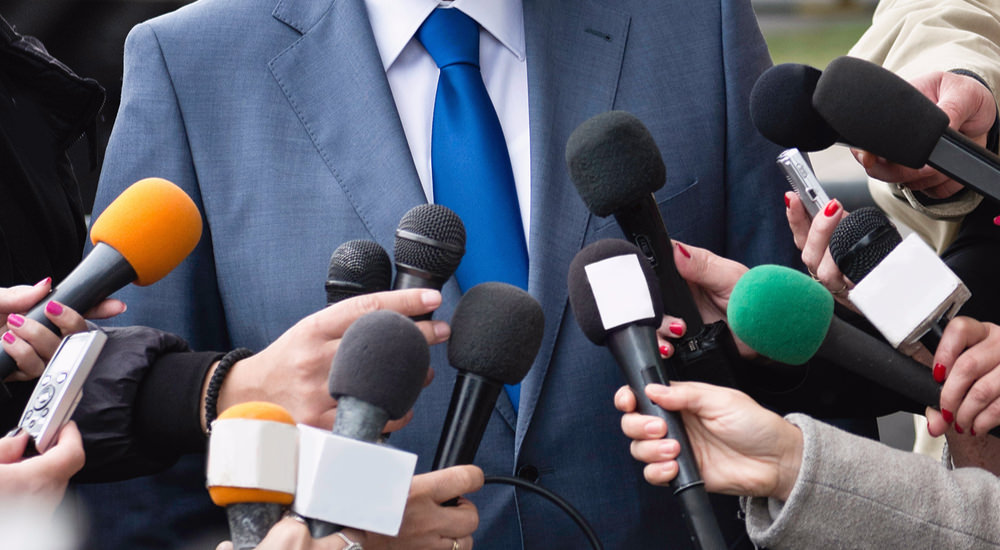 People tend to forget the so-called media is protected by the 1st Amendment. The reason? To act as watchdogs on government and to inform We the People what the government is doing behind closed doors.

But, what happens when so-called media abandon their 1st Amendment duties and actively, though secretly, collude with one political party to censor negative facts? What about knowingly pursuing phony stories that puts their party’s opponents in a bad light?

This corruption in the media has existed for many decades, but only now does it rise to the level of a criminal conspiracy to defraud the public. We all know banks use currency called dollars. Media currency is information. When false information is disseminated knowingly by the Media to affect an election’s outcome, it’s like passing bad paper. If people can be found guilty for redeeming counterfeit notes, why can’t the media be guilty of disseminating counterfeit news?

Usually, back in the day, at least, editors did their best to keep a reporter’s bias from leaching into the story. Editors also, regardless of their own biases, tended to play it down the middle, acting as watchdog on government and both parties while staying as close to equal treatment as possible.

Today, the major media, broadcast and print, are exposed for their collusion and conspiracy to defraud the public of accurate information vitally necessary to a free republic. Given the correct circumstances and a young prosecutor’s intestinal fortitude, he or she could accuse various outlets of providing succor to the republic’s enemies, both foreign and domestic.

Possibly, a prosecutor could file RICO charges against various organizations for shaping the news to benefit one party in an election. We have “reporters” sending their stories to the DNC Politburo for approval before they submit the story to their own editors. Does that not sound like a criminal conspiracy?

All it would take is for another young Rudy Guillani to indict a few ham sandwiches to cause the Left to sit up and take notice. We the People grant media entities broadcast licenses. We can’t ride herd on cable news, but the airways belong to the public. There also must be a wall of separation between opinion and gathering facts.

Maybe using RICO might end up, in the end, being rejected by a federal jury – if it ever got that far. More likely, though, the major media figures would have a Come to Jesus moment when they understand that hiding pertinent information from the public is tantamount to destroying 33,000 emails after they’re subpoenaed by authorities.

Might Donald Trump’s DOJ pursue such cases as they prosecute prominent Democrats for criminal conspiracy, collusion, and corruption? Stay tuned. The next four years could become quite interesting.

Even were the pursuit of major media for criminal behavior ultimately unsuccessful, the cases would be in the public domain and inform voters about just what has been going on for decades. We know the media is corrupt, but it seems Wikileaks may have provided the smoking gun that makes journalists part of a criminal conspiracy to defraud the public – no different than pharmaceutical executives that conspire to keep certain facts secret and do so for personal, financial, or political gain.

Some unbiased observers might think prosecuting criminal behavior among “journalists” is a bit extreme. But, what would happen if an enemy of the United States were to gain dominance and control over the dissemination of news? Only news inimical to the interests of our country and people would see the light of day. Anything positive, anything that put our nation in a good light, would never reach the public.

Would that not constitute active measures by an enemy of the free people of the United States? The media and the Democrat Party USA have been conspiring for at least four decades to eliminate the second political party and institute a one-party dictatorship of the proletariat (that’s us).

That’s why the push to allow as many illegal immigrants into the country as possible, to dilute and diffuse the will of citizens to keep this nation a free republic. Ask yourself, if the Russians colluded with American media organs and with the DPUSA to overthrow the legitimately elected government of the United States, would we not consider that to be an act of war?

And, if a fifth column of indoctrinated globalists and socialists gained control of the American media to shape or censor the news, would we not consider that to be an act of treason?

I pray once President Trump is in office, his DOJ will work tirelessly to expose the rampant corruption and collusion between the establishment and the media. Maybe then, in future journalism college ethics classes, students will finally learn that while accountants have a fiduciary responsibility to handle funds correctly, journalists have a fiduciary responsibility to report the news honestly, without bias, and with no concern about how such information will affect government and political parties.

For far too many decades, students almost robotically give as their reason for studying journalism as, “I want to make the world a better place.”

A commendable sentiment, but becoming journalists is a different responsibility, informing a free people of what goes on behind the closed doors of government and corporations affecting the public weal.

If you want to make the world a better place, don’t become a journalist. Join the Peace Corps instead.