The Lie Heard Round the World 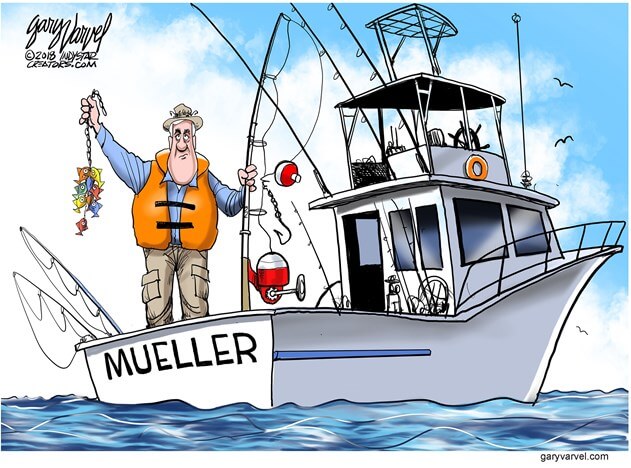 The B.S. that comes out of Democrat’s mouths is piled so high and deep that it would make Paul Bunyan’s Babe proud!  Obama said the Russians could not alter our elections beyond running ad campaigns.  As president he knew this.  But after Hillary’s defeat he got right on board with the Democrat scam that claims Trump had the Russians steal the election for him so he could win the presidency he didn’t want.

Mueller’s fishing expedition has brought up nothing more than a fish tale while his witch-hunt to impeach Trump moves forward.

Obama says, “Russia is not capable of interfering in America’s election”

Foreign powers are incapable of conducting voter fraud or rigging American elections en masse, but Democrat operatives sure can and did in many states such as in Minnesota in 2008 to get out Franken elected.  That’s what got them their Supermajority that they used to impose Dodd-Frank to choke American businesses, and Obamacare, the largest peacetime tax increase on the middle class in history.  Democrats are doing it now in small elections to overturn Republican seats with Soros’ money.  Democrats plan for 2018 is to win back the House and Senate through the same kind of electioneering fraud they’ve always employed via their pollsters in order to undo everything Trump has done for America.  Polls are supposed to have Democrats and Republicans watching over one another, but the Left often finds ways to circumvent watchdogs.  They have dead people registered to vote and cast absentee ballots on their behalf.  The same for the elderly and young who always fail to show up at the polls.  They use early voting to sneak in extra ballots.  And when all else fails they’ll keep results in hand until they can produce enough fraud to achieve the results they want.  They tried this in Detroit and Philly when Trump was elected.  An Independent challenged the results of Trump winning and accidentally revealed some of the Democrat voter fraud.  Fraud was how Democrats overturned Minnesota’s 2008 senate election to give Al Franken the victory with Democrat pollster “discovering” hundreds of ballots for Franken in the trunks of their cars that a liberal judge declared were legitimate.  He added them to the vote count to unseat the incumbent Republican and an all-powerful Democrat Congress was given to socialists to help Obama manage America’s decline.  Democrats do the same in Virginia where the Democrat governor gave some sixty thousand violent felons pardons so they could vote, and once again legally buy guns, and California where the Democrat governor gave some three million illegals driver’s licenses which is all the state requires to vote in their elections.

Democrats have been so incensed since losing the election to Trump that in their derangement that they have exposed themselves as the America haters they are who will tell any lie to regain power.  Trump’s agenda has turned America away from the economic brink that Democrats had been guiding her toward in order to establish themselves as lords over the dependent rabble.  As always, Democrats under Obama measured success by how many millions of people they added to the welfare rolls as parasites of taxpayer’s money, while Trump measures success by how many good jobs are added.  Democrats are using the farcical Mueller investigation to conduct a witch-hunt by which to dupe the American people, and be enabled to commit enough voter fraud that they hope will retake both houses of Congress.  Their plan after that is simple;

The Democrat plan is to re-establish their control to cement their power by putting businesses back under their iron boot and extort from them enough money to drive people out of jobs and back under government dependency as welfare voter slaves.  Wouldn’t it be great to eliminate all Trump has done to revitalize America and make her great again by throwing out his successes and reinstating all that Obama did to manage America’s decline?  Overturning the election and anointing Hillary as president to conclude the transformation of America from a righteous constitutional republic to a leftist banana republic has been the dream of communists ever since they began their campaign to infiltrate and indoctrinate Americans in the 50s.

Mueller forced Flynn to plead guilty to lying to the FBI, but those in the FBI who interviewed him denied that he lied.  Using the power of the federal government to force a bogus confession is the epitome of witch-hunting!  Now Mueller is indicting a handful of Russians who will never face trial with insignificant offenses none of which have anything to do with the election.  But Democrats are pretending that they do just like they slandered Flynn as lying about Russian collusion, a slander that liberal fools like not-so-comical Joy Behar had to walk back.  Democrats have done nothing but create a water color painting for their gullible base to gawk at that sits out in the rain until it melts.  Meanwhile, Democrats are very quietly unseating Republicans in heavily red districts in states and no one is figuring out how they are doing it.  One district was swung some 86 percentage points from Trump to a liberal Democrat.  That doesn’t happen in reality.  The only way that could happen is if Democrats have figured out how to get away with colossal voter fraud by rigging machines.  Soros’ money is making good on destroying America’s electoral system.  President Trump had better get on the stick to investigate and expose this fraud before the Midterms, and put in place the strictest of voter ID laws, or he may well be facing a Democrat Congress and impeachment despite making America’s economy great again.  And if that happens then America will be facing a new decade of decline as socialist liberal fascist Democrats undo all he has accomplished.