False News is Another Name for Liberal Lies 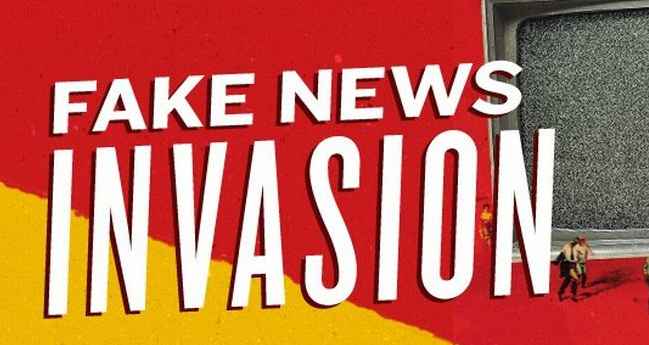 For the past few weeks since the election there has been a lot discussion concerning ‘fake news’. This concerned how certain entrepreneurs used social media to make up stories about the election and multiple other subjects. One has to wonder why anyone would do this but the answer is simply a successful attempt to make money. ‘Fake news’ is another name for a lie.

There are many terms for a lie that have been developed over the years if not centuries but they are still lies. Some terms include: exaggeration, untruth, fib, falsehood, story, and the forever-favorite tall tale. No matter what term one uses the definition is still, “to make a statement that one knows to be untrue”.

Fake news and lies are also dangerous. People were lucky at that pizza place in Washington DC when a man with an assault rifle invaded an innocent family restaurant because he believed the fake news stating Hillary Clinton was involved in a crime involving children. No one was hurt but the horrific possibilities were clear.

An exaggeration was just used to describe how a business in Indiana decided to stay in the United States and save over 1100 jobs. It turns out that the number of jobs saved was exaggerated. In fact, when a union representative corrected the number he was attacked. It is obvious any exaggeration hates to be discovered.

An untruth has the tendency to produce short-term results but never succeeds to produce lasting change. It was reported that people were flowing over our borders in innumerable numbers because as a nation we had no laws to protect us from unbridled immigration. This untruth was proven to be untrue but it did succeed in terrorizing many of our population.

A fib is a quick lie. Most of the time it is used to produce a smile or a grimace. This form of lie can also be used to plant a seed of a lie in order to make it grow out of control. The person who originated it defined ‘Lock her up’ to be a fib. Even when a fib is disclosed as being satire the act does what it was meant to do.

Falsehoods are the lower grade of lie because it usually represents policy. People’s lives can and will be changed by the falsehoods. Even though these falsehoods have yet to become reality, people are in fear of losing basic needs in their lives. They not only fear for their futures but also fear for the future of their children and grandchildren.

Stories are made to entertain. Most of the time stories are known to be fiction and are not meant to produce anything beyond interest. But, placed malicious stories can be used to attain power and influence. The best example of the stories of our present situation is defined by ‘fake news’. Fake news evolves quickly into conspiracy theories that many of the extreme persuasions use as a tool and then a weapon.

The number of tall tales being predicted in our country has exceeded all expectations. Some of these include, ‘the destruction of all trade deals in order to increase employment’, ‘the media and the First Amendment to our Constitution is rigged’, in fact, everything is ‘rigged’, and ‘anyone who doesn’t look like us is not US’.

There are many terms for a lie that have been developed over the years if not centuries but they are still lies. Even though some people use these terms they can only be defined by one term: Liar.