Do we have Liberty, or Merely the Illusion of Freedom? 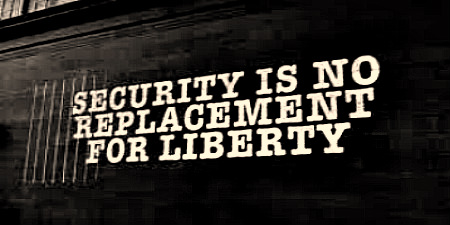 Or How liberty makes us smarter and nicer!

So what is liberty and what does it mean for the intellectually challenged?  Let us look at what liberty and freedom are. Liberty is the ability to do as you please, act as you please and to speak your mind freely. So, how would that look if we were all truly free?  Liberty and freedom requires personal responsibility and a sense of right and wrong that lives within its people. This is why one of the things communists must do to conquer a society is to degrade its moral foundations and promote decadence and immorality. They need the people to become so bad that the citizenry calls out for more laws and regulations to protect them from the sick and twisted people.  This is only one of the many ways we are manipulated!

Freedom also leaves people open to consequences from their stupidity that are not enforced by the government. Meaning, that when there is an accident people cannot sue or incarcerate people for their stupid acts. After all, in a free moral society, an accident is handled privately by the two parties. If both sides are decent moral people who are not only willing to compensate for their error, but they are understanding of the damages they have caused then the problem will be easily solved. If, however, the state controls such a thing, people only do the minimum required to satisfy the courts so they do not go to jail. The result is less trust of fellow man, a degraded sense of responsible behavior and more fear of the government. Personal relationships that could have been made are now cold sterile interactions with a central government agency.

Additionally, they suffer from their own mistakes they may actually learn from them, instead of just feeling like they barely escape judicial punishment. Allowing people to make mistakes and have accidents is how we all learn. If we are not ever allowed to fail we will never appreciate success and thus be more productive, happy people. Consider the movie “The Matrix”, why did the first artificial construct fail? It was because it was too perfect. People need struggle, mistakes and problems to grow as individuals and as a society. It is how we find it in ourselves to have compassion for each other, opportunities to work together and a common enemy. All things that unites us as a people. The result would be much fewer stupid and ignorant people in the society as a whole. 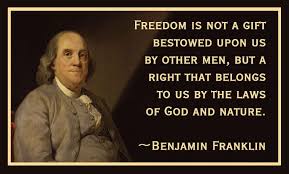 People would need to have a sense of morality to prevent deviants and perverse people from destroying others. It is why America was so successful for so long. We are a society of polite, courteous, helpful and moral people. When people behave as if everything they do matters, everything does! People are not as ignorant of foolish. When you know that any accident you cause you will be held responsible, you tend to be more careful. Thus ignorance and stupidity decrease as people learn from their mistakes and pay for them. Take car insurance, for example. Car insurance has made us less careful. When you pay in advance for any accident, you have less reason to avoid such an accident. However, when you live in a free society, you do not pay in advance and the friends and family members hurt by your accident are free to pursue you until to give proper restitution for your damages.  When you face that possibility you tend to be more careful with what you do. But if the government has set limits to what punishment it can give.  It is easy to find something acceptable as long as you are willing to pay the minimum fine or punishment doled out. This can be particularly true of revenge “accidents”.

Unfortunately, we have forgotten what liberty is and have allowed those with nefarious plans to convince us that with enough laws and regulations we can create happiness, safety and peace. Nothing is further from the truth. This is why we have so many foolish, ignorant and deluded deviants running amok through our nation. Ask anyone who have lived under totalitarian rule, they would rather risk injury from a fool than have their entire existence controlled by an over bloated government who does not care about any individual. Not even those who enforce those very overbearing laws!

In conclusion, we must stop and think about what freedom really is and restore morality to our society of we are going to regain our freedom.  We must stop calling for lawsuits to punish those who have made mistakes or errors that hurt someone.  We must stop demanding new laws be created to remedy every slight, accident or malady that is caused by man. The more we involve the government into personal affairs the less free we become. Today in America, that means we are no longer in fact free, since everything we do has laws for it and regulation to tell us how to do it.  The average American today has only an illusion of freedom and no actual freedoms to draw on. We really are the batteries that feed the machine!