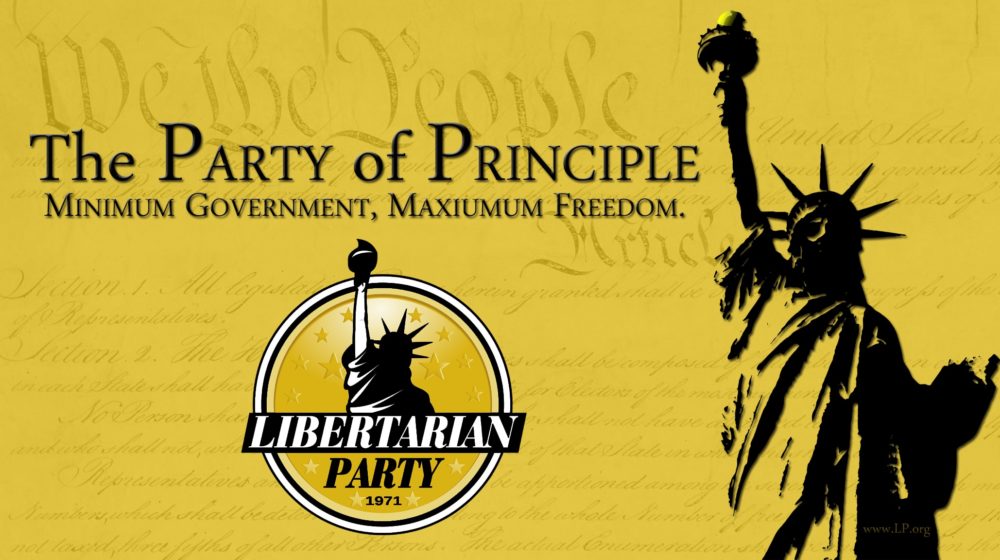 The 2016 Libertarian Party National Convention begins tomorrow May 27 in Orlando Florida. Close to 1,000 delegates are set to assemble to vote on their Presidential/Vice-Presidential ticket, as well as party chair and platform. A perfect storm has created an opportunity for the Libertarian Party to not only shape public discourse, but to make an electoral impact.

With many voters rallying to the banners of “Never Trump” and “Never Hillary”, the eyes of many are looking for an alternative choice. That choice could be one of three candidates vying for the nomination Gary Johnson, Austin Petersen, or John McAfee.

The biggest obstacles facing most third parties are ballot access and exposure. This year may be different for the Libertarian Party as an ongoing lawsuit against the Presidential Debate Commission could possibly open up a spot in the debates this fall. Also, unlike other third parties, the Libertarian Presidential candidate will more than likely be on the ballot in all 50 states. C-SPAN will be on hand broadcasting live for 8 hours on Sunday of the convention, while CNN and possibly other networks will give a cursory recognition of the convention, but it is unlikely they will give it the necessary treatment as they do the Democrats and Republicans.

If the Libertarians come out of this convention unified, they can easily tap into the growing discontent and voter apathy and change the preconceived notion of voting for the lessor of two evils. Hopefully they can reverse the false narrative that voting for a third party candidate automatically throws the election into the hands of either the Democrats or Republicans.

This Memorial Day the Libertarians will introduce their ticket for election 2016, and give the people of this nation a real choice. Not a choice of fear, not a choice of the past, but a choice for freedom.