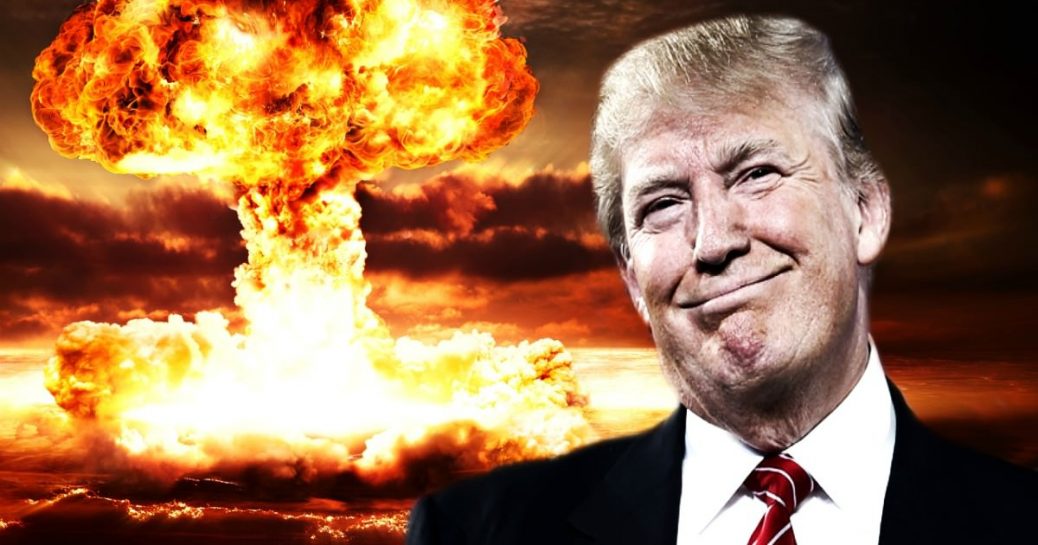 Don’t worry about giant meteorites, or super volcanoes, or nuclear holocaust, or leftist totalitarian terrorism.  Mankind, and the entire planet, will be rendered lifeless by climate change caused by Donald Trump.

Leftists say that if Trump pulls out of the Paris Accords to save the planet from mankind’s CO2 then he will be killing all life on the Earth in the next century.

The questions to be asked are; what does Donald Trump have to gain by destroying the planet?  Is he working on the theory that ‘he who dies with the most toys wins?’  Does he not care about his own grandchildren and their children?  Is he just too dumb to understand the science?  Is he living in denial of real danger?

The questions to be asked of leftist Democrats are; what do they have to gain by promoting this meme?  Do they not care if Americans become impoverished?  Do they believe the people will be better off under socialist dictatorship?  Will there be peace and prosperity if the masses are forced to submit to Islam?  Are Democrats too dumb to understand real science?  Do they not understand what is producing real danger?

The obvious answers to the thinking person who understands how the world works and has common sense that eludes the dysfunctional liberal mind is no to the former and yes to the latter.  Trump didn’t become a billionaire by being a dummy and he didn’t raise an excellent family to kill them off with greed.  But Democrats did nuke the American economy in 2008 to get themselves elected without concern because they knew they could tax all the wealth they wanted, and they want all people enthralled to the government under their control.

With Islamist jihadis murdering people by the tens of thousands, Democrats say Islam is peace and the greatest threat to life is climate change.  The climate has been changing from time immemorial and always will.  That they are trying to convince people that man can control the climate of the planet, and that they can predict the future, along with their assertion that global temperature is more dangerous than jihadis and fascist murderers is not just a joke.  The things to which Democrats attribute global warming as their cause should raise giant red flags that there is a massive disconnect between reality and liberal beliefs.

Democrats in Congress have asserted that global warming leads to:

That they claim anyone who doesn’t believe in their mythical religion of global warming denies the existence of science tells you all you need to know about the level of their delusions.  The actual fact that no one can create or has any data to support their predictions aside from computer models that were programmed to do so says the rest.  When Al Gore says the USA should give him $100T to save the planet from his fantasy it should say something about the competition between him and Obama about who would be the greatest conman in history.  Obama already put Bernie Madoff’s $50B to shame by scamming $10T from American taxpayers.  Now he and Algore seek to make it ten times that with their faux Paris Accords.  They do not reduce CO2 at all as China continues powering up their coal plants that are choking their cities, but redistributes American wealth everywhere else in the world while choking American energy.

Congressional Democrats have actually said that there would be no terrorism if we could give the terrorists jobs and cool the planet so that Arabs aren’t overheated.  Liberal delusional insanity would be the funniest of jokes were it not walking hand-in-hand with fascist totalitarianism.  The Axis of Evil on planet Earth is Islamist jihadis allied with Atheist climate change alarmists.  So what happens when you combine Hitler with Chicken Little?  You get a leftist who will kill you if you don’t submit to their religion.

Trump had best live up to his campaign promise to pull out of this Obama designed scam and keep America safe, wealthy, and strong.

The Greatest Genius of our Time Believes Chicken Little was Right