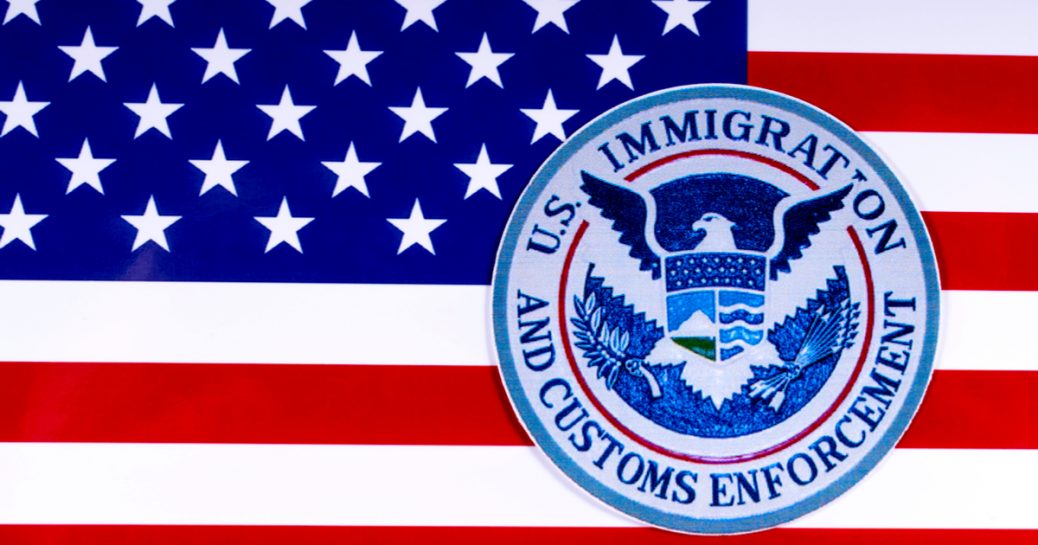 In August of 2017 in Oakland, California, federal agents served a search warrant on an illegal Guatemalan immigrant family amidst liberal neighbours protesting ICE. The warrant was in connection with an investigation concerning the sex trafficking of juveniles.
The human trafficking operation was later confirmed by authorities.

As ICE officers were literally breaking up the child sex trafficking operation, they were met by protests demonized the agency and advocated for the “rights” of illegal immigrants.
“Even after neighbours were informed that the raid was about sex-trafficking and not immigration, the ICE-bashing continued” notes The Federalist.

One neighbour said ICE is not welcome in the United States while other protestors held a banner which read “We love our neighbours.” Some, like high schoolers do wrote messages in chalk on the sidewalk and driveways, such as “Oakland PD is a disgrace.”

“ICE is not welcome in this country. H.S. is not welcome,” said one neighbour. “I don’t support what they do. I think it is a blasphemy.”

“So today, I want to make it clear to all of you and all of those looking on, under President Donald Trump, we will never abolish ICE, and as the president said, we will never fail to applaud, and expand, and empower this agency with the resources that you deserve.” Vice President Pence

“I believe you should get rid of [ICE], start over, reimagine it, and build something that actually works,” claimed Sen. Kirsten Gillibrand (D., N.Y.). Immigration and Customs Enforcement does work if they are given a chance to do their job properly.

Elizabeth Warren (D., Mass.) claimed that,
“The president’s deeply immoral actions have made it obvious we need to rebuild our immigration system from top to bottom starting by replacing ICE.” Warren continued, [we need] “something that reflects our morality and that works.”

While some such as Sens. Bernie Sanders (I., Vt.), Tammy Duckworth (D., Ill.), and Richard Blumenthal (D. Conn.) oppose the movement, a growing chorus on the left is clamouring to “abolish” or “defund” ICE.

But they probably will.