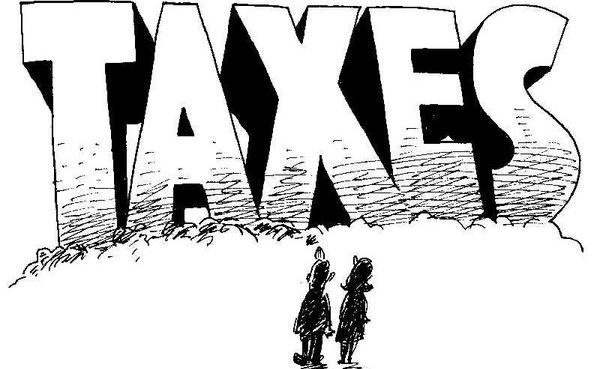 Liberals constantly show their dementia through their actions. If it’s not taxing workers through health care it’s taxing them at the store or through utility usage. To liberals in government, any amount of money a person or family earns in excess of absolute necessity is “disposable”. Disposable income is surplus income which is best used by liberals in government.

As a young navy recruit, I was advised, “If it moves, salute it. If it doesn’t move, paint it”.

For liberals in government the saying is “If it exists, tax it. If it doesn’t, create it, label it and tax it”. The left simply cannot understand that extracting money from the economy for studies to satisfy the predetermined outcomes of those studies ruins the lives of millions of people. Then, they promote more taxes on the “rich” (that’s anybody with any disposable money) to help those they impoverished through excess taxation. *Note the potential downward spiraling cycle.

New York City’s mayor Bloomberg put a tax on sugary drinks of 16oz or larger. Why? Because they exist and he wanted more money for the city to waste. In addition to the gasoline tax (which, by the way, is greater per gallon than the profit oil companies make), some states have tried to add a mileage tax to the use of personally owned vehicles. Why? Because they exist.

Governor “Moonbeam” Brown of California has a bill on his desk creating a tax on bovine flatulence. For those of you who prefer colloquial vernacular that would be termed cow farts. Yes, cow farts – your average, everyday, run-of-the-mill livestock gas passing! Why? Because ranchers and farmers try to derive a living by providing food and drink to the public through cattle ranching and dairy farming. They exist, therefore there must be a tax. The federal EPA is also trying to drive ranchers and farmers out of business with their own version of the tax.

California has already diverted the agricultural water supply away from the central valley where they once grew crops that supplied the United States and many other foreign countries with fruits and vegetables. Those growers now own barren soil rather than producing nourishing food stuffs. They still pay taxes on the useless land at the highest rate of potential use, they just can’t maximize or even realize the use for which they pay the taxes. After generations of production but with no income and land of little value, some families have simply allowed the state to claim the family farm.

I guess the good news might be there is talk of California seceding from the union. That would mean a savings of billions of federal dollars for the rest of the nation. Well, that is, unless liberals in congress vote to grant foreign aid to the newly formed country and continue taxing the rest of us to pay for it.