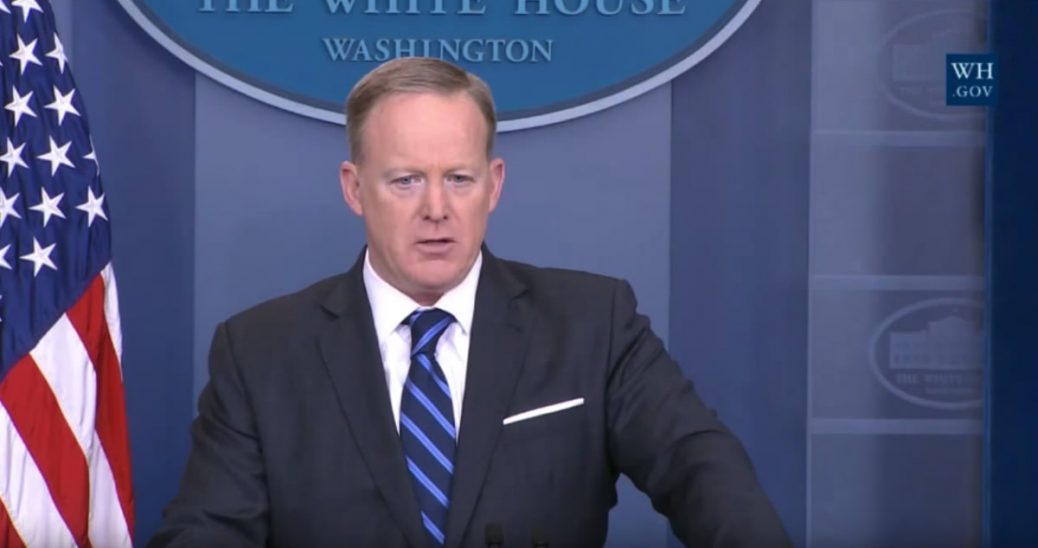 Have you heard that President Trump’s spokesman mistakenly said Hitler did not use chemical weapons in WWII?  Leftist media call for his lynching!

Have you heard that President Trump got China to tell North Korea’s insane leader to stop his nuclear program?  Have you heard that President Trump undid much of the illegal executive orders and actions by the EPA to shut down American energy?  Did you ever hear how the Russians humiliated Obama’s Secretaries of State Kerry and Clinton?  Did you ever hear the press go after Obama’s spokesman for his egregious errors and call for his head on a pike?  Leftwing Democrat media have been crying that the president is trying to distract from their investigation of Russia tampering with the election.  They say he falsely claims that Obama had Susan Rice put surveillance on his campaign and leak to the press.  The proof lies in the pages and transcripts of their own reports, while the charge that the election was rigged by Russia against Hillary comes up eternally empty because it’s impossible to prove something that didn’t happen.

Spicer said Assad was lower than Hitler by bombing his own people with chemical weapons.  Hitler used them in gas chambers to exterminate Jews, but not on the battlefield.  Germany used them in WWI and Italy used them in WWII in Ethiopia, but its use on the battlefield since then has been only by third world countries and tyrannical dictators like Saddam Hussein and Bashar al-Assad.  Leftists claim Spicer was dead wrong about Hitler.  But even after revealing the facts, including that Spicer mentioned the gas chambers, neglects to tell the whole truth or even come to anything like a correct conclusion while in possession of all the facts.  This is a clear cut case of dysfunctional backwards liberal thinking.

Two hours before launching the strike on the Syrian airbase from which planes launched to gas bomb the Syrian people, Hillary Clinton said Trump should bomb them.  Now that he has done it, Democrats have no choice but to praise his actions that they sanctioned just hours before.  But don’t be surprised in three years during the next election that they flip like they did against Bush over the Iraq War.  They will tell their ignorant followers, who can’t remember what they said yesterday, that they never endorsed it.  When you’re dealing with the dumbed down, drug-addled, misinformed leftist base anything is possible, up to and including convincing the poor fools that pollution will end life on the planet to dupe them into giving up their money and their freedom to Democrats.  Leftists are incapable of learning from history.  When they can’t even come to a correct conclusion with all the facts in hand, what on God’s green Earth makes them believe they can predict the future?

Democrat’s 2018 campaign shaping up as more of the same