Liberal Limbo Dancers, How Low Will You Go? 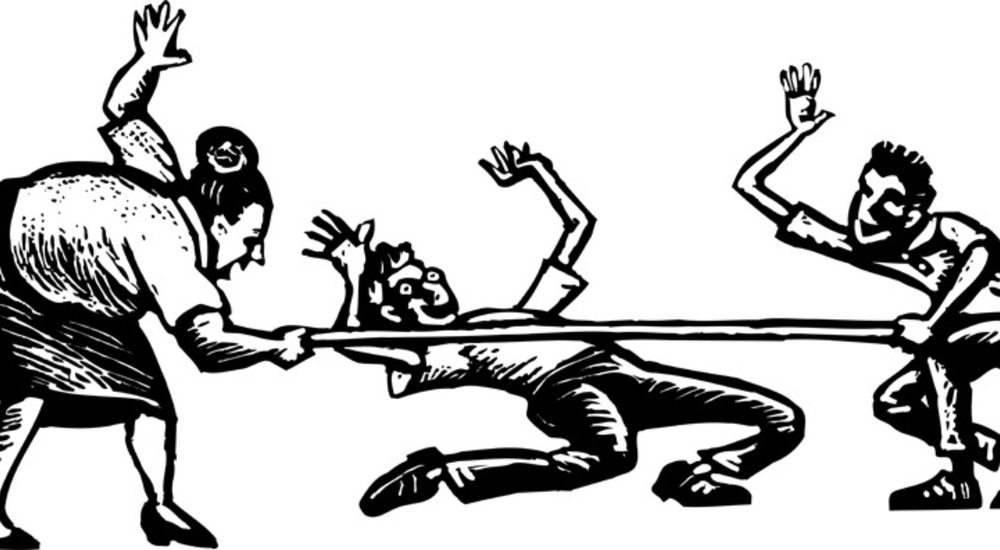 Did young George Washington really cut down the cherry tree? Truth is… I don’t know whether he actually did or not. But nonetheless he is on our dollar bill… at least for now. Last year the Islamic state began circulating the Gold Dinar in hopes of wiping George’s portrait off the face of currency around the globe. And why shouldn’t they? Designs of western currencies merely reflect past presidents, monuments and architectures. But the Gold Dinar… to hold that… is to have the whole world in your hand. The coin’s design shows a map of the earth on it. Say, speaking of maps, have you seen the one Isis drew up which reveals how they calculate to take over the world by the year 2020? While we’re talking about calculating… has anyone noticed how careful liberals have been to indoctrinate… whoops I mean instruct us….about how to worship that pop star of political ideology…TOLERANCE? Come on readers… how about a round of applause for Holy wood’s golden calf? After all…it is TOLERANCE that made the 2017 Oscar’s so very very beautiful. There was even a quote from the Quran. Liberal tweeters were so touched they said they cried.

Turns out, tolerance is a pretty expensive business. So here’s the deal… and if you’re thinking fiscally…it’s not a good one. During the Golden Years of Obama’s reign, 770 MILLION DOLLARS of tax payer money went towards renovating mosques in other countries. In addition, he made sure taxpayers subsidized 24% of all abortion costs in the U.S. so as to show his support for baby murderers everywhere. But that’s not the worst of it. The liberals who were in power went after our most valuable asset of all…our children.

In the name of Tolerance, teachers are forced to watch videos of “suffering” homosexual students. Administrators call these meetings Anti-Bullying Inservices. They are required to go. Teachers are told they have to teach homosexuality as a legitimate lifestyle choice. They are encouraged to post pictures of homosexual families so as to make children feel open to accepting homosexuality. Teachers are also asked to post signs saying that lesbians, gays, bisexuals and transgender students won’t be bullied.

Do these things really happen? Yes, they do. How do I know? Well… because they happened to me. So is the whole system corrupt? No… but it’s definitely in trouble. We’ve got an Islamic pre-school teacher tweeting Jewish death threats…a U-Tube teacher pretending to assassinate the President and a whole bunch of really scared teachers just trying to fake what the system wants. If they don’t go along with this tolerance stuff… then they will be seen as bullies themselves. At some schools if you do not sign an agreement saying you have gone to the in-service and will cooperate with promoting an anti-bullying classroom by actively teaching homosexual propaganda and protecting homosexuality you will lose your job. (I lost my job…not because I hate homosexuals but because I love all students and refused to teach something that I believed would hurt them. Maybe if I had been a Muslim and refused because of my beliefs I would have been given clemency…but for some reason… Christians are refused the same consideration. )

Muslims have figured out that it is very important for teachers to be politically correct. Questioning the Tolerance of an educator is a weapon in the arsenal of forwarding the cause of Islam. Presently Islam is tolerated in the public school. But that is not enough. Now they are demanding their holidays be observed school wide and when denied they U-tube their children in tears because they are so misunderstood. I don’t believe that people who follow a global ideology which uses 9 year olds as suicide bombers are really that worried about what their children feel.

(You know, the wicked murmurings disgust me. But the truth is… but for the grace of God, there go I. And because He strengthens my hands in the heat of battle I can say… you may call me intolerant… “but as for me and my house, we will serve the Lord.”)