Liberal Journalist Rages as She Gets KICKED OUT of Trump Administration Event! 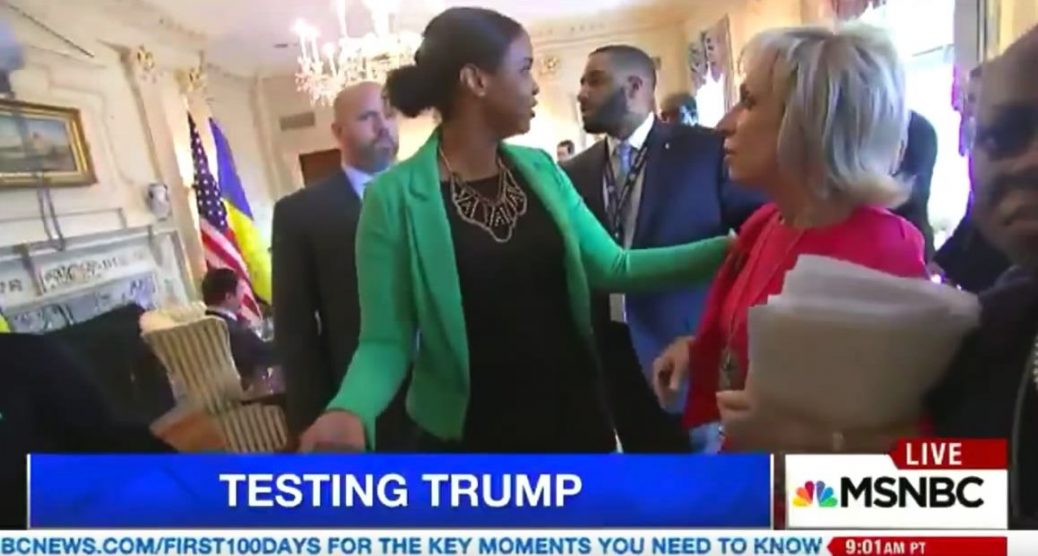 NBC’s Andrea Mitchell is NOT a happy camper.

The veteran journalist was told that there would be no questions during a photo-op with Secretary of State Rex Tillerson and the Ukrainian Foreign Minister Pavlo Klimkin but she just couldn’t resist. Mitchell tried several times to ask questions of the two men, and was finally ejected from the room for not being willing to hold her questions. The question that Mitchell felt she just had to ask Minister Klimkin was “Are you sure that the Trump administration will be strong against Vladimir Putin? Can you assure us that Russia will not be able to move forward in Ukraine?”

It was at this point that she was tossed from the premises.

WATCH: @mitchellreports escorted from room as she tries to question Sec. Tillerson, Ukraine FM on China and Russia. https://t.co/eF3Bawj17n