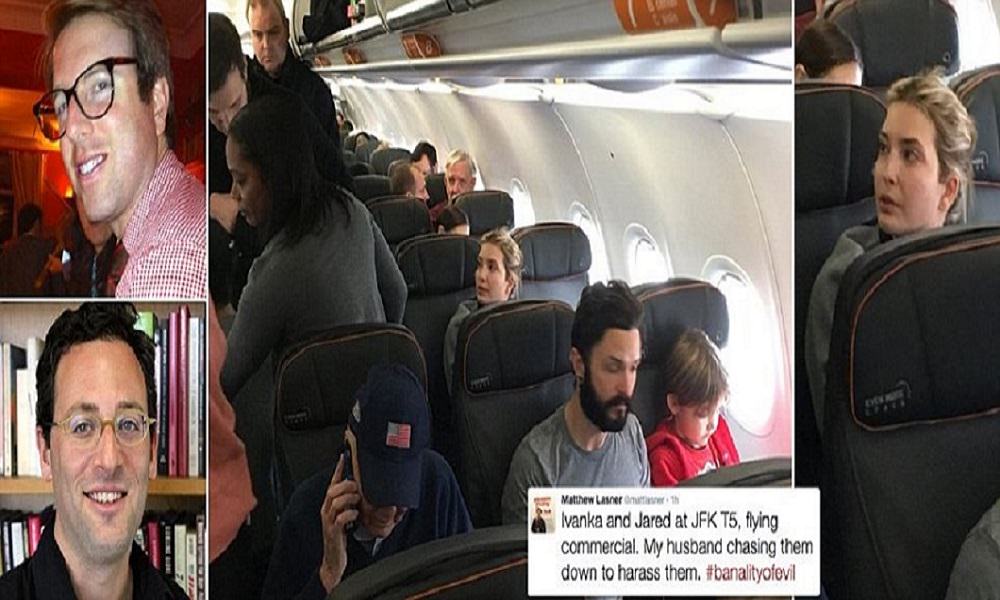 The Trump family was leaving the New York City area on Thursday morning on a commercial flight when a passenger, now known to be Dan Goldstein, began screaming at Ivanka and abusing her and her children. His abuse included insults to Ivanka, her father Donald, and to her and her children. “Your father is ruining our country,” Goldstein screamed, “why are you allowed to fly with us, she should have to flight private!”

Goldstein’s husband and liberal professor, a man named Matt Lasner , in a now deleted tweet showed the outburst was planned as he referred to Ivanka and her family as “the banality of evil” and reveled in the “harassment” his husband was levying on Ivanka and her children. In what was clearly a pre-meditated attack, these events demonstrate the sick, twisted and frankly inhuman levels liberal Hillary and Obama supporters will stoop – attacking a family, including small children, on a flight!

Happily for the Trump family, the abusive couple was kicked off the Jetblue flight which naturally resulted in attempts to position themselves as the “victim” as Lasner screamed “You’re kicking me off for expressing my opinion?!!” No, sir, you were kicked off for being a jackass.

Hey liberals, here’s a newsflash for you: You NEVER attack a woman, especially not a woman WITH CHILDREN. These gentleman were lucky to escape the flight – were this to have occurred in the heartland of American, in a city that wasn’t a liberal bastion, I wonder if the only thing they would have lost was their dignity or if perhaps playground rules would have held