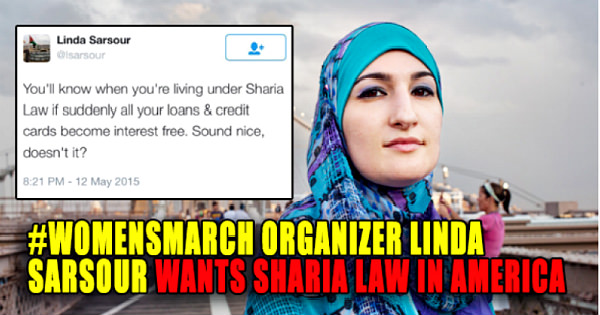 The “A Day Without A Woman” protest has come and gone. Anyone notice? Me either.

For most of us in the real world, it passed without disruption. But for the privileged who were able to attend one these events, I

suppose it was a rousing success. By what measure, I do not know. That’s just what they say.

Whining liberal elitist females showed up at places like outside Trump Tower in New York City to complain how put upon they are and that they are somehow denied even the basics of human dignity, merely because they are female.

According to VOX, most of the working women who sacrificed so much to show up and display their solidarity, did so by sacrificing pretty much nothing.

“Many women who told me they went ‘on strike,’ did so by taking paid time off — and said they felt conflicted about that, because it’s simply not a luxury that many women have,” writes VOX.

I’m sure their internal conflict was quickly placated by the many slogans about equality they got to chant or the signs they carried – signs that claimed “100% feminist” and “Respect Women.”

I personally had a laugh over that “Respect Women” sign, knowing who the organizer of the event was. If they had known her true identity, I wonder how many women would have shown.

The women on strike day was organized by Linda Sarsour, A Palestinian-American woman. She partnered with another prominent activist, Rasmea Yousef Odeh.

Unlike the privileged snowflakes they invited, these two are hardly your average American women. Odeh is “a Palestinian terrorist involved in fatal bombings in Israel. Odeh immigrated to the U.S. after being released from an Israeli prison in a prisoner exchange, omitting on her immigration papers her terror conviction.”

Sarsour is executive director of the Arab American Association of New York – which, if I am not mistaken, is one of many Muslim Brotherhood front groups. She is also pro-Sharia law.

Now correct me if I’m wrong, but doesn’t Sharia represent the polar opposite of women’s equality and respect? Why yes – yes it does, which is why this event was so laughable. It would be like Woodrow Wilson organizing a Black Lives Matter rally.
Yet this is what these radical operatives do. It’s what the Brotherhood has been doing successfully for decades. They prey on the ignorant and eventually bend them to their will. It’s really no different than the financiers and organizers of any radical left-wing group. Their job is to foment hate and division between the races, or in this case, the sexes.

I also wonder how many of the “protesters” even understand what Sharia is or care that their organizer is a promoter. Frankly it would have been fun to see their reaction when they were told that under Sharia, women are worth half that of a man, or that wives can beaten by their husbands – that women cannot hold high office or that husbands have absolute authority in marriage and are deficient in intelligence.

Personally, I couldn’t care less if a bunch of uppity females want to complain of how tough they have it in the United States of America. But next time you do, assuming there is a next time, try finding someone who doesn’t represent the antithesis of your “feminist” movement.

This one just made you all look silly and woefully ignorant.