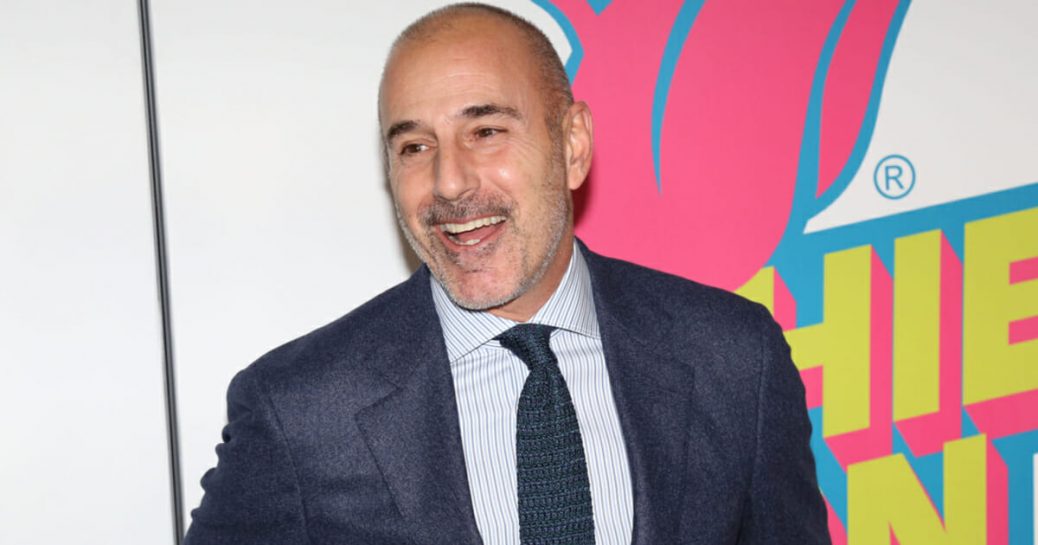 Matt Lauer fired for “inappropriate sexual behavior,” Chuck Schumer says Trump should stop Tweeting and lead; it’s all the Left’s lying efforts to make themselves look morally mature after being utterly exposed as the party of perversion and corruption.

Democrat liberals believe that if they axe their own over insignificant offenses that they can claim the moral high ground and demand Republicans axe President Trump and soon to be senator Roy Moore.  Sen. Chuck Schumer (D-NY) believes that by grandstanding claiming that Trump is a poor leader, while he and his cohorts along with their RINO serfs are obstructing his every word, condemning his every action, and smearing his every good deed, gives him moral superiority over Trump.  Only the braindead, immoral, socialist haters of the Left believe him and they are the ones that American patriots must defeat.

Growing up involves learning morality and history and understanding how and why people say and do the things they do.  When good people band together and create a nation like America and begin to prosper they attract the greedy and corrupt who pervert what others have built so they can steal that wealth.  Venezuela is the latest example of how a rightwing, capitalist nation can prosper, yet be fooled into being destroyed by leftist socialist greed.

Democrats have been striving to convert America to their socialist totalitarian state ever since Republicans took their slaves away.  They have been largely succeeding by duping the ignorant and immoral into believing they benevolently represent them to their detriment.  Every time they are in power they raise taxes to make more people poor and dependent on Democrats just as they did in the South for a hundred years to keep blacks from rising in society.  It was only the New Deal of FDR that conned blacks into giving their vote to the Democrats, and the actions of LBJ in perverting Civil Rights to re-enslave them as welfare voter slaves.  Obama iced the cake by reviving racism through endorsing black racism against whites on the bogus claim that blacks, who were encouraged to become drug addicts, gangsters, and breed children without fathers, were the victims of white racism.  The Left’s entire ideology is based on ignorance and immorality blaming others for the problems they create for themselves.  It is this negative ideology that leads to people being duped into believing socialism and government rule are advantageous to the people.

Socialism is based on one thing; duping the people into believing it is beneficial to them to live under a tyranny.  Before socialism that tyranny was simply called the Divine Right of Kings.  Socialism is the system wherein the elites control the masses and the masses all live equally – in poverty; kings and nobles vs. the peasants.  Leftist would have people believe that corporations in America today are the nobility.  But that is rendered false by examination.  In a socialist totalitarian regime no one is permitted to rise from the peasantry unless they perform great services for the elites.  In America people can rise to greatness by their own ability and effort providing great services to the people, i.e. Bill Gates, Steve Jobs, and Sam Walton, etc. in the modern era, and men like Henry Ford and Thomas Edison in the past.  That is why America grew the first Middle Class in history and why Democrats want to tear it down.  In the past Democrats prospered from slavery in the South and wage slavery in the North.  As in all things the greedy gravitate toward and infiltrate those in power and some infiltrated the Republican Party when it came to power and continued to prosper by wage slavery.  Righteous Republicans enabled people to form unions against the wage slavers after they fought a war to end slavery in the South.  Democrats then took a new tact and organized crime gangs infiltrated and took charge of unions that are now socialist prisons rather than protectors of the working class.  They convinced the people to wage war on those who were successful to justify stealing from them and taxed them to relieve them of their wealth so they could fill their own pockets, share that wealth with their friends, and dupe the people into believing they were doing it for them.  Every time Democrats raised taxes people lost jobs as business owners tried to keep the wealth they worked for, and the Democrats blamed Republicans for it.

Everyone is born a liberal ignorant of history and morality.  It is only when they overcome that ignorance and learn morality that they become conservatives.  Becoming conservative is like becoming Christian.  It doesn’t make you perfect and it doesn’t happen overnight.  It just gives you guidelines to follow so that you do not wallow in wickedness so you make better choices.  We are all damaged, but we can all be repaired.  Bad things will still happen to you and many of those bad things will be done to you by malicious people.  When someone does something bad to you do you blame others and attack some other innocent person just so that they feel the same pain you do?  Do you surrender to evil or do you seek justice against those who do evil and make the changes to live a better life?  If someone cheats you and steals from you do you cheat and steal from someone else and say what comes around goes around?  That’s a sure fired recipe to have that kind of Karma come back to you.  America has laws to protect the people from social predators.  But if the social predators become the government making laws then anything goes.  That is why leftists must never be allowed to control the government.  That is why Democrats must be defeated and why corrupt Republicans must be rooted out.  We do not surrender the moral high ground to the worst of people because we are not perfect angels.  Don’t submit to lies just because leftists equivocate, dissemble, and mislead.  You can either fight to keep the wolves away or be overwhelmed by them.  Why on earth should the shepherd let the wolves have their way just because he isn’t the best man he can be?  We all strive to be the best person we can be, but Democrats are those who have lost their way.  They believe the corruption in which they live is “normal” and therefore justify wallowing in it, and in doing so seek to drag down those who do not.