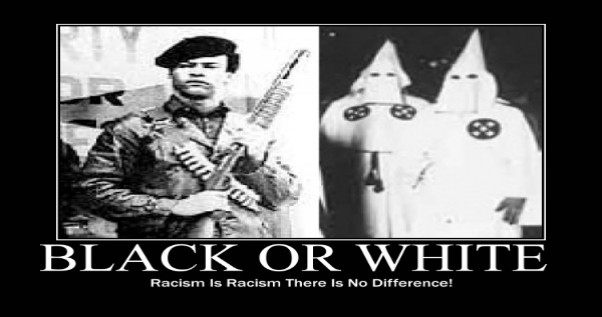 More proof that the Left is the heart of hate, the soul of Fascist Nazism and Communism, and that it is 100% they who are the source of all the bigotry, genocide, and hate across all the world throughout history.  The biggest lie of the Left is that they claim Satan does not exist, yet he spews his hate from their souls.  This follows with their second biggest lie that God is dead and the righteous are the evil in the world.

One of Hitler’s protégés at Texas State wrote an editorial about how “white people” should be eradicated from the face of the Earth to “make the planet a better place.”  This Hispanic, who fancies herself a “brown person,” managed to get a racist rant published that would make Nathan Bedford Forrest, Muhammad, and Adolf Hitler proud if it were written about blacks or Jews!

Your DNA is an Abomination – White People Should Be Exterminated

How does this kind of racist bigotry breed in modern, post-civil rights America?  How in the name of the Almighty does it foster in the party of slavery, segregation, and oppression – the Democrat Party?  How did the former slave masters regain such control over the descendants of the slaves that Republicans took away from them that they now serve their white masters by calling for the deaths of all the other white people whose ancestors fought, bled, and died for their freedom?  How do Democrats justify such absolute evil in their minds?  Democrats have created an anti-white race of brown people that includes Mexicans and Moslems, both of which are the same race as Europeans.  They’re dividing people by whatever means they can and calling on them all to unite in hatred against one group making the 21st century Democrat Party America’s largest hate group.  Democrats have warped the minds of their lemmings by slandering Republicans as being what they themselves are – bigots and hatemongers.  This is the ultimate lie and the only thing lower than lying snakes in the grass are bigots who are bugs that crawl under rocks.  This is what the radical liberal Democrat fascists, who make a pretense of being righteous while spewing their hate and bigotry on the earth, breed in the USA.  Their claim to be godly is as false as Moslems who claim that Islam is a religion of peace as their jihadi terrorists rain death and destruction on the innocent, as two-faced as liberal fascists of Antifa who claim to be fighting Nazis when they obviously are the Nazis, and as deceitful as blacks who claim to be fighting racism by being racists.  They even go so far as to claim “Jesus was a brown person” in order to corrupt Christianity to bring it down into the sewer with their Satanism.

Bigotry and prejudice are not synonymous.  Prejudice can be overcome, while bigotry is based solely on irrational hatred.  Everyone is guilty of prejudice and anyone who says they are not is obviously a liar who can be quickly convicted by their bigotry.  People will judge others based on whatever erroneous reason they can concoct.  If it is not the color of your skin then it is the color of your hair.  Anyone who is different in any way from others is reviled by leftist haters whether it is their race, their height, their sex, or their beliefs.  Even if someone is just a little smarter or more knowledgeable than others there are people who will hate them for it.  Leftism is about finding any reason to hate others and, as this woman proves, even hate themselves for whatever dysfunctional irrational reason they can dream up.  Prejudice is overcome by getting to know a person and learning if they are good or bad, while bigotry doesn’t care.  The Left is the heart and soul of self-righteous hypocrisy born of ignorance and bred on immorality.  The most vile people in history were people who grew up and never learned righteousness to become kings, conquerors, mass murderers, slavers, raiders, pirates, oppressors, and genocidal maniacs.  Nazis do not represent the far right on the political scale, though it seems like to leftists, because they are only the far right of the hateful Left that is at war with itself as well as all others.  Every story or movie about how human beings should be “culled” for the sake of the elite’s survival and comfort are always born of leftist ideology.  Why would anyone believe Democrats have the best interests of the peasantry and their former slaves at heart?  The history of America is written in the blood they spilled, the people they oppressed, the dupes from who they stole, and the victims whom they raped.  Those who do not learn from history are doomed to repeat it and today’s ignorant liberals are living that tragedy.

Racism – the colossal ignorance of the Left’s language of division