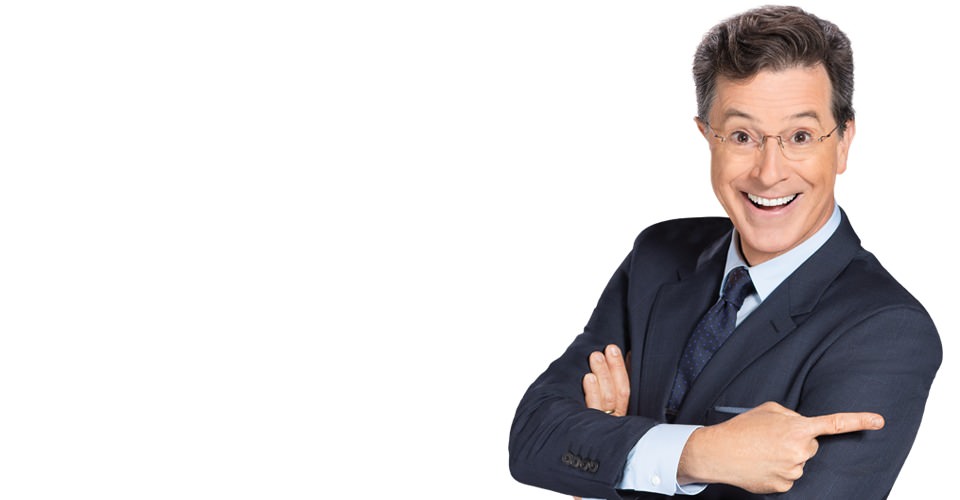 Stephen Colbert, the alleged comedian who hasn’t made anyone laugh since transitioning to CBS from Comedy Central, has illustrated the hypocrisy of the left yet again in an insulting, demeaning, and frankly disgusting tirade against the President of the United States.

“Mr. President, I love your presidency. I call it ‘Disgrace the Nation,’ he droned. You’re not the POTUS; you’re the ‘BLOTUS.’ You’re the glutton with the button. You’re a regular ‘Gorge Washington.’ You’re the ‘presi-dunce’ but you’re turning into a real ‘prick-tator.’

Sir, you attract more skinheads than free Rogaine,” Colbert continued. You have more people marching against you than cancer. You talk like a sign-language gorilla that got hit in the head.”

In fact, the only thing your mouth is good for is being Vladimir Putin’s c*ck holster,” Colbert said. Your presidential library is gonna be a kid’s menu and a couple of ‘Juggs’ magazines,” as he continued to embarrass himself. The only thing smaller than your hands are your tax returns … and you can take that any way you want.”

Isn’t it ironic how the Left is so sensitive to particular slurs and insults when it serves their purpose but ignores them and in fact uses them when it serves their own purposes? The hypocrisy of the left continues and, in this case, should result in Mr. Colbert finding himself without a job as Americans reject his failed attempts at comedy which has far too often resulted in insulting the President in increasingly disgusting and vile ways.

You can see Colbert’s entire treasonous rant, in all it’s disgraceful glory, here:

Tonight: Stephen tells the President everything journalists, restrained by their dignity, wish they could say. #LSSC pic.twitter.com/FHG4jvF8fv