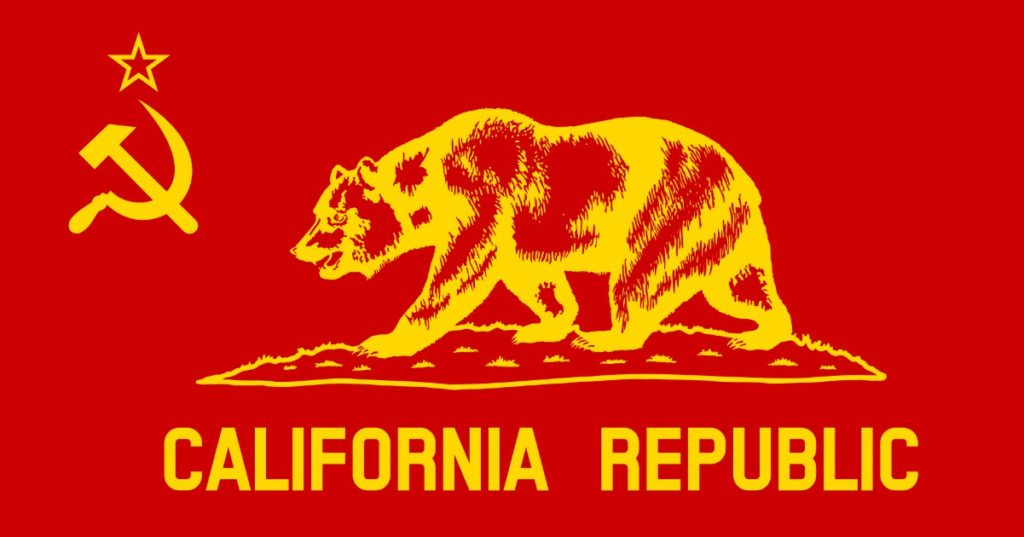 A trio of random thoughts…

The madness that is the state government in California has once again been made known to the residents of that state.

On Tuesday, May 10th of this year, the California Assembly passed a bill that would require all single-use restrooms in business, public and government establishments to become gender-neutral.   AB 1732 requires all single-use restrooms in the establishments to be identified as “all-gender toilet facilities.”   A looney-tune member of the legislature, one Philip Ting, had this to say about the bill, “California continues to move forward, be forward thinking – think about how we can be more inclusive and frankly, more tolerant.  My hope is that we de-politicize the bathroom issue.”

If the bill became law, it would give the state the power to decide how individual business owners and public entities should best serve their customers.   The gender inclusive restroom bill would inconvenience far more people than gender specific restrooms did.  Women, specifically would be inconvenienced.   Not many women would want to use a bathroom that had been used by men.  There are other, unintended consequences to this bill, if it becomes law.

As I understand it, a person just has to believe, or “feel” that they are of a different gender that day and they can use the bathroom of the other gender.  Let’s carry this a step or two further.  How about boys showering with the girls in high school or college?   Can a woman play on a man’s sports team simply because she feels like it that day?   In my not-so-humble opinion, this whole transgender thing is nothing but trouble and the only ones that are going to profit in any way from it, will be trial lawyers.

The number of so-called “refugees” in Europe makes the Police shake their heads.   It was reported back in April that Police have uncovered a large and growing network of Islamic State fighters, at least two of whom came to Europe as “refugees.”   French and Belgian authorities have found that the scale of the threat of terrorism could be much bigger than they had previously thought. They’ve found that the members of these terror cells are mostly young Muslim men from the Brussels suburbs of Molenbeek and Schaerbeek and many were former criminals often involved with petty thefts and assaults.

Many of the attackers in Paris committed suicide and blew themselves up. One fled the scene of his crime and hid away with his cousin. He was killed in a police raid five days following the attack.   After the attacks police had a major question: How large was the network that participated in the attacks and were there more sleeper cells in Europe waiting to strike?   Many of these men are currently being sought by police, but unfortunately police often have no idea if they are in Europe or in Syria.   Their names, which cannot be verified, are assumed to be aliases as authorities are currently unsure of their true identities.

In Texas, a student raised a Mexican flag on a school flag pole; another student took it down.  Guess who was expelled.  The kid who took it down.   Kids in high school in California were sent home on Cinco de Mayo because they wore T-shirts with  the American flag printed on them. Enough is enough.

This message needs to be read by every American… and every American needs to stand up for America.   We’ve bent over to appease the America-haters long enough.

I’m taking a stand.   I’m standing up because the hundreds of thousands who died fighting in  wars for this country, and for the U.S. Flag, can’t stand up. And shame on anyone who tries to make this a racist message.

Let me make this perfectly clear!   THIS IS MY COUNTRY!   And, my making this statement DOES NOT mean I’m against immigration!   YOU ARE WELCOME HERE IN OUR COUNTRY.  Welcome!   To come through legally: 1. Get a sponsor!  2.  Get a place to lay your head!   3.  Get a job!   4. Live By OUR Rules!   5. Pay YOUR Taxes!  6. Learn the  LANGUAGE like immigrants have in the past!   7.  Please don’t demand that we hand over our lifetime Savings of Social Security Funds to you.   If you don’t want to forward this for fear of offending someone, then YOU’RE PART OF THE PROBLEM!   When will AMERICANS STOP giving away THEIR  RIGHTS?   We’ve gone so far the other way…we’ve bent over backwards not to offend anyone…But it seems no one cares about the AMERICAN CITIZEN being offended!   Wake up America, your country needs you…desperately.

Parting shot: I think it’s an excellent idea for California to secede.  Most of the businesses there would probably relocate back into the United States anyhow.   Go ahead…secede or shut up.