Letters! We Got Mail and Cover Latest News Highlights! 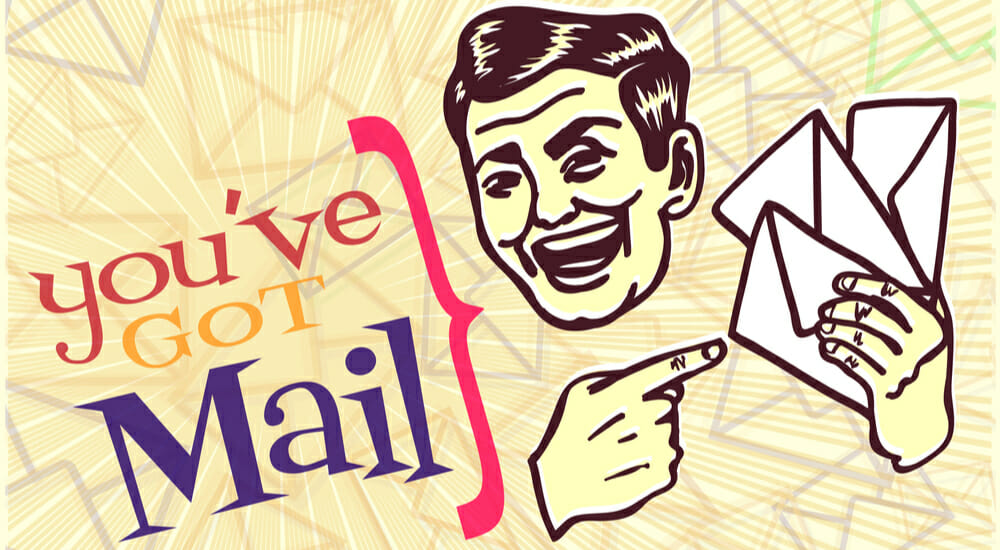 If you are thinking of becoming a journalist or author, be prepared to automatically receive many letters offering opinions and ideas. Each day this writer faces 2-3 thousand emails, which of course make it impossible to personally respond to each one.

Many will thank you for the story since it resonates with them. Then there are those who have a different idea of the subject which they graciously and generously share with the writer.

My recent story regarding people with Down syndrome especially hit a chord, with responses coming immediately. One was from a famous internet news writer who said the story meant so much to her as one of her grandchildren was born with the disability, and adding what a  joy that child is and always has been.

Response after response came in with a similar message. One that just arrived has a neat twist. Here is is:

Another great story that needed to be told. Especially with this “Me First” society. One day I saw a car pull up at a convenience store where I was pumping gas. A woman gets out of a fancy car dressed to the hilt, then I couldn’t help but notice notice her front license plate. It said “It’s all about me.”

How sad, because really it’s all about Jesus and others. She missed it and she just didn’t look all that happy either.

Thank you for this article. I totally agree. My mother and daughter both have their masters degrees in special ed. My mother taught these children as well as others for many years. My daughter is still doing so, probably close to 20 years. I used to substitute teach in special ed classrooms as well. Down syndrome children were my favorite. Everything you have written about them is true.

My philosophy about them and about other special ed children is: This earth life is a test for the majority of us-to see if we can learn and grow in faith and understanding to someday be worthy to come back into God’s presence.

These special children don’t really need to be tested themselves. They are already so pure and good inside, as you described them. They are here to test us – to see if we can treat them in a Christlike manner. As the scriptures say, “When ye do it unto on of the least of these my children, ye do it unto me.” (Matthew 24:40

Happy New Year – hope you have a blessed year!

So many similar responses came in from all directions. It is the hope of this writer that readers will make sure to treat all people kindly and with acceptance.

Al Gore’s Alarming Warming Warning; He now preaches that Global warming caused the California fires and will eventually burn up everybody on earth. What? A note to Al Gore…your Global Warming is freezing us all to death.

The news proclaimed that President Trump has a button on his desk that will release nuclear bombs on North Korea, with comments about what a dangerous man President Trump is. The next story came out proclaiming that it is Kim Jong Un who has the atomic release button on the top of HIS desk.

When readers started to notice the discrepancy, the next newspaper stories stated that THEY BOTH had atomic release buttons to push on top of their desks.

We know for certain that President Trump does NOT have an atomic power strike button on his desk. And we doubt the Kim Um does. And the Soros owned newspapers of the world wonder why they are called purveyors of fake news.

Is That Steve Bannon in the heart attack prevention commercial with the Tomorrow music from “Annie” in the background?  Sure looks like him. We thought it was actors coming to the White House, not the White Housers becoming actors…on second thought…

Did the spokesman for the Trivago travel commercial trip in one of the videos? That one starts out with him looking at us, then cutting to him walking. He trips on something with a grunt (clarification- the grunt came out of him, it was not a grunt that tripped him) then they cut to show him walking to his destination. When you see it, watch it closely.

Gov. Moonbeam who has just created a third box for sex choice on driver’s licenses, legalized recreation (get stoned) pot in California, and ruled that anyone who uses the wrong pronoun for sexually confused people can be fined a thousand dollars plus 12 months in prison.

So despite appearances, mistakenly call a he a she, or a she a he…or misuses of any of the 57 gender classifications when addressing someone…you are toast. This includes those in hospitals, nursing homes, assisted living homes and even in hospice. I kid you not.

So this means that someone with memory loss including Alzheimers’ and the very, very elderly could be yanked up, fined a thousand bucks and tossed in the slammer if they do not address rebels correctly? Where are the men in white coats when you need them.

Extra Note: There has always been so many pot puffers in San Francisco that you can get high just walking down any public street. It didn’t have be be legalized.

The Communist Pope Francis (this is FACT not conjecture) is now rewriting the Bible! He’s starting by redoing The Lord’s Prayer, the very words of Jesus. The pope, of course, is so much more knowledgeable than God.

And what is this about Chelsea Clinton helping finance The Church of Satan that she attends. Yep, that’s in the news. And why is nobody surprised?  It seems to be obvious.

This columnist has finally stopped long enough to wish all of you the greatest, most productive and Happy New Year you have ever known. And let us all make the world a better place, beginning in the space we occupy.

There are still many uncertainties. Can’t imagine what this New Year will bring. I may just go settle in Area 51, And may God be with you during the coming new adventure.