Let’s Protect both the First and Second Amendments Equally 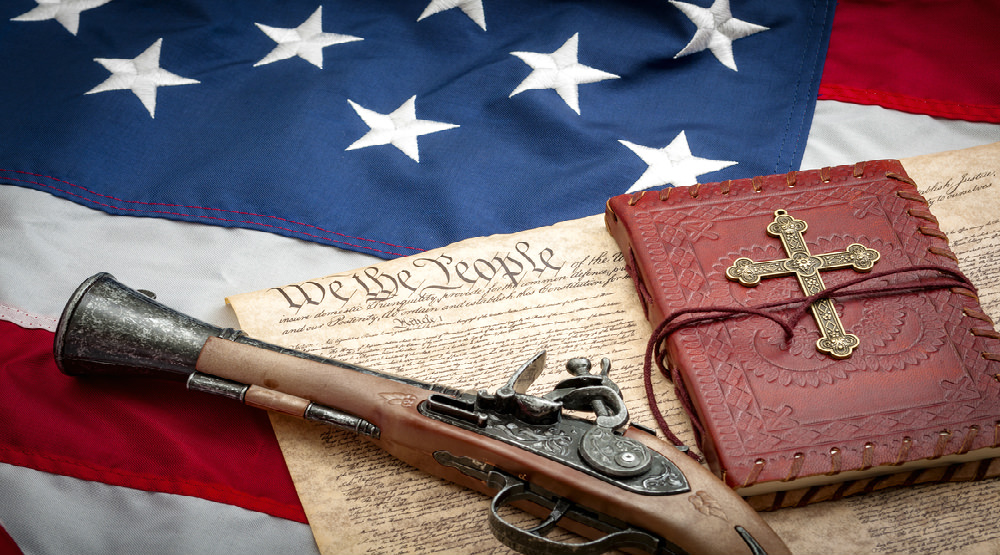 Being a member of the NRA these days may be one the most heinous things an American can do, according to snowflake leftists.

The push from the radical left has reached a fever-pitch against the Second Amendment rights organization. So much so that even road-side billboards have begun to crop up slamming the NRA.

The first to be legally erected was in Pensacola, Fla. The rather large billboard reads: “The NRA is a terrorist organization.” It was paid for by a former Clinton hack, Claude Taylor, who now heads up the “Mad Dog,” anti-Trump Political Action Committee (PAC). Taylor was a Bill Clinton White House staffer.

I wonder where he gets his funding? I don’t know, but if I were a betting man, I’d wager the house on George Soros. It seems like he funds most of the radical leftist hate groups.

When not waging war against the Second Amendment, Taylor’s PAC concentrates on trying to impeach president Trump. So he’s a multi-tasker.

His PAC plans at least two more anti-NRA billboards. The other two are to be unveiled in Pennsylvania. The first of the two in Pittsburgh and the other in a yet to be determined area – also in Pa.

On February 19, another billboard was seen along Interstate 65 near Louisville, Ky. However this billboard was not contracted – it was vandalized by a group known as “Resist 45,” which stands for resist Donald Trump, the 45th president.

Somehow the group was able to climb up and paint “Kill the NRA” in the dead of night, so it could viewed the following morning. “David Watkins, a spokesman for Outfront Media, which owns the billboard, told the Louisville Courier-News that the vandalism” was “immediately removed.”

After some backlash, some jerk-wad from Resist 45 felt it necessary to explain that they didn’t want to actually kill anyone. He writes: “The billboard that reads ‘Kill the NRA,’ doesn’t infer to killing people. If you believe that you are just ignorant. The message is simple. ‘Kill the influence that the NRA has on our politicians.’” Oh…well then that’s okay – even the insult.

Yet the NRA is not a pro-gun organization. Rather it is a pro-Second Amendment group. It was formed to protect the Second Amendment from those who would want to usurp or abolish it.

If this is the case, and it is, shouldn’t the NRA be given the same respect as organizations that are formed to protect our other God-given rights?

There are many liberal organizations who claim to stand against anyone who dares to infringe on the First Amendment, particularly our rights of freedom of speech and of the press. That is unless they deem it hate speech. Then it’s okay to infringe.

According to the Columbia Journalism Review, the work that First Amendment groups do “is increasingly important because of the threats posed by Trump’s rhetoric and the economic challenges the news industry is facing, especially at the local level.” Groups like the Committee for Freedom of the Press, the Committee to Protect Journalists, the Freedom of the Press Foundation and the ACLU.

The ACLU claims to be protectors of free speech. How well would a billboard fare that read, “the ACLU is a terrorist organization.” It would be the lead story on every liberal cable news outlet and every leftist website. Despite being supposed champions of free speech, they would demand that the perpetrators be brought to justice.

We must remember that without the Second Amendment, the First would erode rather quickly.