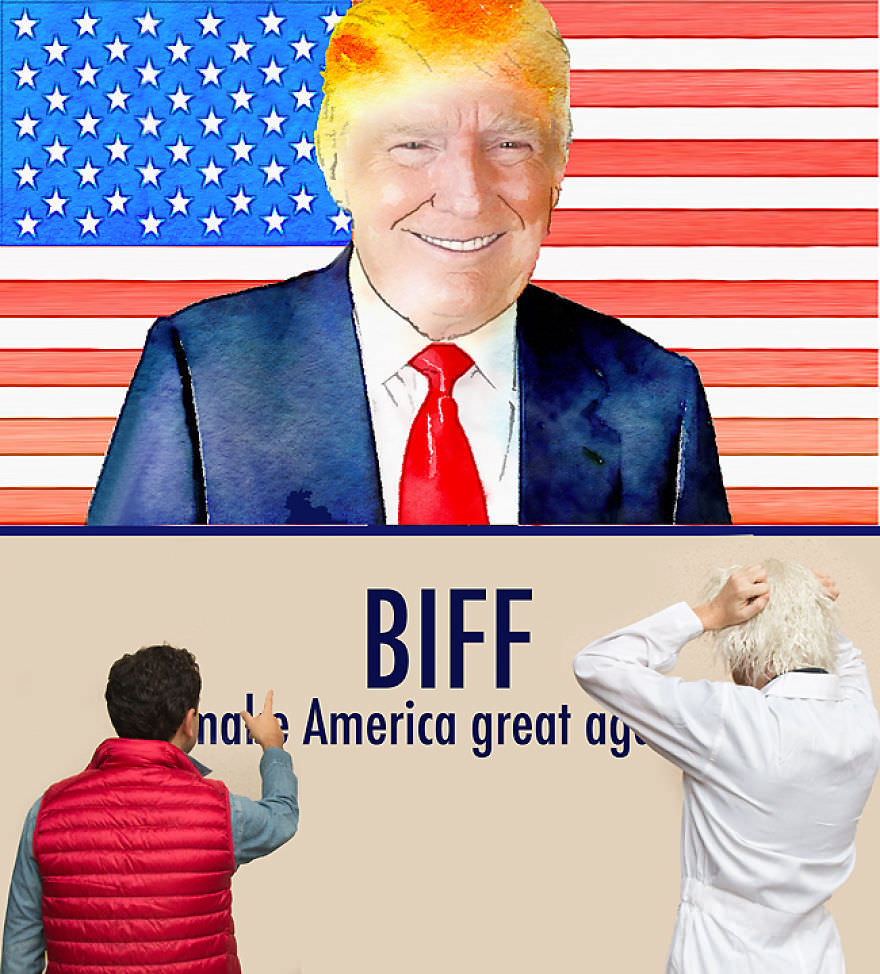 You will recall the movie “Back to the Future.” In it, teenager Marty McFly went back in time 30 years and met a teenager named Biff Tannen bullying his teenage parents. Marty recalled that in the present day, Biff supervised his father George and made George miserable. Naturally, Marty wanted to help his parents and give Biff his comeuppance. By the end of the movie, George beat Biff up, won his future wife’s heart and Marty went “Back to the Future.” The present day was now quite different. Marty’s parents had an air of confidence about them and Biff was reduced to doing odd jobs for George. Biff got his comeuppance and was kept on a short leash.

In the sequel, “Back to the Future Part II,” set 30 years in the future, old man Biff, still a common laborer, got an almanac, went 60 years back in time, and gave the almanac to his younger self. The younger self used the almanac to win bets and become insanely rich. With his wealth and power, he ruined the lives of many people, including Marty’s parents. Marty went back to 1955, stole the almanac and destroyed it. Biff went back to being disgruntled and unimportant.

What does this have to do with foreign policy? Many foreign dictators are just like Biff Tannen. With power, they can make millions of people’s lives miserable. If we take away their power, their countries will have a chance to prosper. If we give them a chance to regain their power, they will jump at the opportunity.

An example is Russia. President Ronald Reagan’s toughness weakened the communist country to the point where an oppressed people dared to destroy the USSR’s precious Berlin Wall in 1989. Their government collapsed a few years later, releasing dozens of countries. After several weak US Presidents, Russia is again a major player around the world. It even forcibly seized Crimea in 2014. It wants to get the old Soviet Union back, just like Biff Tannen wanted to be a bully again.

Vladimir Putin of Russia, Kim Jong-Un of North Korea, Ali Khamenei of Iran, and Bashar al-Assad of Syria are Biff Tannen with power. We must give them their comeuppance as McFly and Reagan did and keep them on a short leash as Reagan’s successors did not.