Lessons from Superheroes for Washington and America 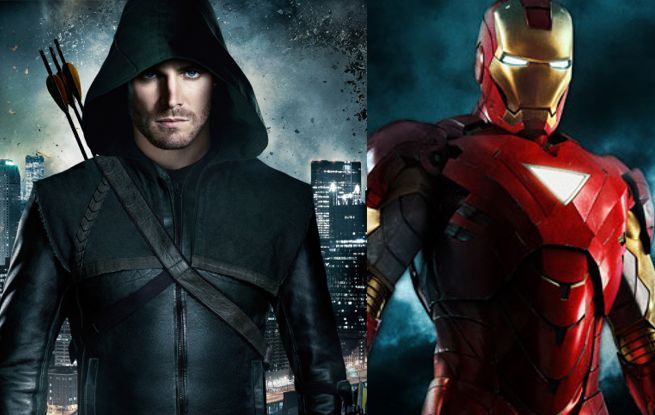 Why do good people fight over the right way to stop bad people?

Leftist Democrats want to establish government tyranny over the people through socialist subjugation and indoctrination.  They propagandize to blame Republicans of the Right as the tyrants as they make efforts to stop them.  They infiltrate the Right to confuse their ranks with leftist ideology striving to corrupt them.  In spite of their unity to stop the Left the Right still fights among themselves about how to go about it.  Why do good people sabotage themselves rather than work together to defeat the Left as the Left does to defeat the Right?  Everyone notices this, how various groups on the Right declared themselves to be the most conservative, yet some of the “most conservative” had rather voted for a Democrat tyranny led by Hillary than give Trump a chance!  Why would they not put any faith at all that Donald Trump could renew Reaganism just because he is more willing to stretch the truth and fight fire with fire than submit to the Left’s guidelines as to how Republicans should act?  Allowing the Left to tell the Right how they should behave is how the Right has been subsumed and defeated over the years.

In the TV series “Arrow” about the adventures of the Green Arrow and his team fighting for justice internal conflict is always in play.  The same is true of the Avengers.  Everyone believes they have the right idea of how to the team should accomplish their goal to stop the day’s bad guy.  Some contribute to the team’s effort and some work toward a different method that sometimes works against the team.  As in all things, every team needs a leader whose decisions must guide the others, but too often someone believes the leader’s decisions to be wrong.  Sometimes the rebels are right and they save the day, but most of the time their efforts result in the team sundering for a time until they can work out their differences and reunite stronger than before.

That is what is happening in Washington now under the new leadership of Donald Trump.  Different factions are at odds as to how to proceed to make America great again.  President Trump knows how to lead, but leading is more than barking orders.  A director or a tyrant can say “do this” and it gets done.  Leading people who have their own ideas, uniting people who have their own agendas, and guiding people who have their own way of getting a job done takes far more skill and effort, and Donald J. Trump has proven this is his greatest strength despite all leftist propaganda portraying him as Hitler.  Democrats are up in arms to fight against Trump undoing their socialist transformation of America to stop him from closing down their assisting the invasion of America by illegals and Moslems.  They are apoplectic over his undoing their global warming scam declaring he is killing the entire planet and there are people who believe them.  As Rush Limbaugh says, “What’s in it for him to destroy the planet?”  This is the kind of insanity Trump is up against.  But people of the Right who should know better are still working against him.  It is up to Trump to work out how to make Washington work for the people and not for themselves, and he can only do so with his voter’s continued support.

So follow the old British axiom: Keep calm and carry on!  Democrats are at war with America as founded and they have been winning for decades!  Donald Trump cannot defeat them overnight.  Whatever you do, don’t decide that if Republicans can’t get the job done today then we should re-elect Democrats!  If you don’t like your Republicans then get involved in the primaries and elect better Republicans!  Better to remix the eggs in the pan than to jump out of frying pan back into the fire!