My Legitimate, Dutiful and Right War 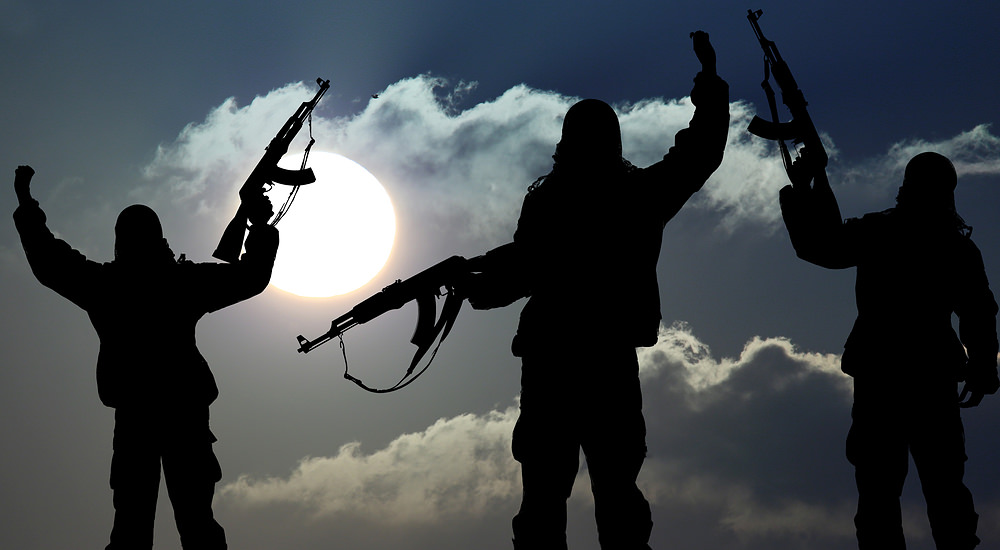 Islam is not a meek, loving, beautiful and merciful ideology nor religion as the many collaborationists and traitors to America depict it. Islam is more dangerous and repressive than Stalin’s Communism or Hitler’s National Socialism and the Koran is the ‘Mein Kampf’ of a “religion” that seeks to destroy all others, as so ably noted by the late Oriana Fallaci (2006- may God rest her beautiful soul).

Islam hears the word “democracy” and does not readily see a constitutional representative democracy as displayed in the U.S. Islam views democratic governance in the context of majority/”mob rule”, because this works to its benefit in order to establish the theocracy it demands on a world-wide scale. Islam represents an evil, incarnate, totalitarian ideology that excludes free thought and choice for individuals.

Just look at the “Arab Spring” from five years ago that was touted as a “student led movement for democracy” by idiots such as Anderson Cooper of CNN. Five short weeks after Egyptian Pres. Hosni Mubarak was forced from power, the Egyptian military aligned itself with the Muslim Brotherhood, and the Salafists (jihadists) and other fundamental Muslims were killing the Coptic Christians of Qena Province. Qena Province had a Coptic Christian majority, and a Coptic Christian was appointed by the military in April to govern Qena; however, the Salafists/Islamists demanded the appointment of a Muslim governor.

A sufficiently large enough Muslim population within the U.S. would act in the exact same manner as the Muslim majority in Cairo, Egypt, because the Koran dictates the conversion or death of all non-believers, Christians and Jews. Think of how often the world has witnessed violence and rioting from the large Muslim populations in nations such as France, the UK and the Netherlands over imagined insults to Islam, in order to solicit for Muslim demands through violence as political blackmail. In today’s politically correct atmosphere, we are already seeing our own leader’s propensity to appease Muslims in conjunction with the current advocacy for Sharia Law by CAIR and other Muslim groups.

Quite often Americans hear that the U.S. has a “melting-pot” environment that encourages the assimilation of Muslims. However, more often the facts show an entirely different situation. New immigrants and second generation Muslims are becoming more isolated, largely due to the same sort of multiculturalism policies and agendas recently rejected by Germany but still embraced by the political left and the Obama Administration. An increasing number of young Muslims are attending Islamic schools and lectures sponsored by mosques with a “radical” fundamental Islamic agenda.

In 2004 at the Dix Mosque in Dearborn, MI, a group of university educated Muslim women voiced their opinions on assimilation. One woman, a computer scientist, stated, “At work, I get up from my desk and go pray. I thought I would face opposition from my boss. Even before I realized he didn’t mind, I thought, ‘I have a right to be Muslim, and I don’t have to assimilate.’ ” This seems to be a common sentiment among Muslims, however, the only reason any self-respecting woman would want to be a part of this system relies on the fact that most of them are indoctrinated from birth and the converts don’t know any better; Islam does not allow women to go to school or even a doctor, and Islam as written by “the Prophet” actually forbids women to laugh or sing.

In 1883 when Emma Lazarus, a Jewish scholar, wrote, “Give me your tired, your poor, your huddled masses yearning to breathe free, the wretched refuse of your teeming shore”, she probably expected, as do many of us, that they would all truly desire to live free in America and keep these liberties we cherish safe for future generations and all eternity. Instead, once again the U.S. was subjected to betrayal; on June 1, 2011, two Iraqi men from Bowling Green, KY were charged with conspiracy to kill U.S. nationals abroad (U.S. soldiers in Iraq), attempting to provide material support for Al Qaeda in Iraq, as well as to transfer, possess and export Stinger missiles!

Then on June 8th, 2011, Ayman al Zawahiri, Al Qaeda’s new leader as of June 16th, 2011, released a videotape calling on all Muslims in the U.S. to rise up and “destroy New York” and “bury Washington (DC)”. Zawahiri continued with, “Today, praise God, America is not facing an individual, a group or a faction. It is facing a nation that is in revolt, having risen from its lethargy to a renaissance of jihad.”

On June 16th, 2011 the authorities also arrested an Ethiopian Muslim who is also a U.S. Marine and a naturalized U.S. citizen, while he was attempting to make an ammonium-nitrate bomb and plant it near the Pentagon. It is now more than obvious that Muslim militants are infiltrating our Armed Forces, and they are lying in order to do so when they take the oath to protect and defend the U.S. and our U.S. Constitution.

America is in the fight of Her life, because Islam has declared war on Her. Not only does Islam seek our deaths, it wants to strike our souls. Its leaders want to destroy our way of life, our philosophy of life and our entire culture. They demand the death of our freedom and our Western civilization’s concepts of democracy.

In 1972, a rival of Yasser Arafat, George Habash, the man responsible for the bloodiest terror attacks in Europe, stated, “…the entire Arab Nation must go to war against Europe and America.” Habash concluded with, “To advance step by step, millimeter by millimeter, year after year, decade after decade…determined, stubborn, patient. This is our strategy. A strategy that we shall expand throughout the whole planet.” Habash was speaking of more than terrorism and massacres; he also meant the cultural war, the demographic war, and a religious war waged by stealing a nation from its citizens.

Look north to Bowling Green,KY and we find Islamic terrorism in our own backyard. Look south to Shelbyville,TN and one sees Somali Muslims, immigrants from a terror sponsoring nation with deep connections to Al Qaeda, who have little respect for our laws or culture. Since 2000 the Muslim population in the U.S. has increased by 156%. The current Islamic invasion of America is nothing more than the revival of Islam’s centuries old expansionism, imperialism and colonialism.

Our own memories, once searched, reveal the true nature of Islam. I close my eyes and I see mosques from Cologne and Turin to Miami and Falls Church overflowing with terrorists. I see those sons of Mohammed destroying the Catholic Churches, burning Crucifixes and urinating on Madonnas in Beirut in 1982; I see the Bamiyan Valley Buddhas from the Third Century dynamited as the Talban rejected anything artistic, historic or not of Islam’s making. Finally, I recall the Twin Towers collapsing and the chill that crept down my spine as tears streamed down my cheeks.

I suspect that Muslim appeasers, the collaborationists and the traitors to America would somehow find a way to blame the victims of the slaughter in Constantinople in 1453. The Ottoman troops beheaded everyone in the cathedral, even babies; the massacre continued from dawn until afternoon, and four thousand nuns were raped and butchered in just a few hours. The murder abated only when the Grand Vizier spoke these words to the butchers from the pulpit of St. Sophia: “Rest. Now this temple belongs to Allah.” Not much has changed over the last six hundred years, has it?

I will not tolerate the intolerant. I will not tolerate the abuse and terrorism these Islamofascists are committing in my beloved America; I will not respect nor defend the Islamic culture that shows such a contempt for ours; I will not be intimidated or shut up by the politically correct or any son of Mohammed, because I am going to always defend my culture and America first! My war is right…legitimate, dutiful and right!