Legal Expert says it May be Time to Lock Up Hillary Clinton! 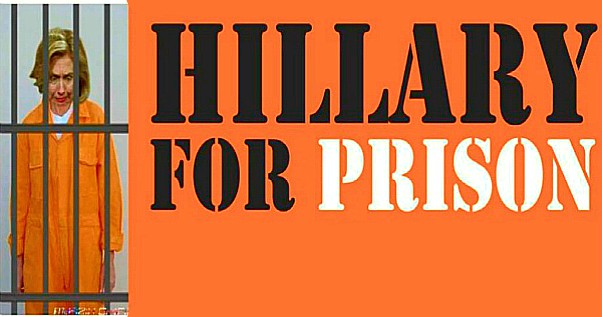 Legal expert and popular evening pundit Judge Jeanine Pirro is done suffering fools. After the latest revelation in the ongoing saga that is the “Russia Meddling Scandal,” we’ve learned that the DNC, the Clinton Team, and even Obama’s Department of Justice may have had a much bigger role in Russia’s meddling scheme than they previously acknowledged.

In fact, Hillary Clinton’s own campaign team may have just been caught lying to Congress!

These revelations are the “last straw” for Pirro who argues that the time has come to redirect the Russia investigation towards the Clinton team and that Clinton herself should be facing prison.

It’s time, folks. It’s time to shut it down, turn the tables and lock her up. That’s what I said. I actually said it. Lock her up.

The house of cards in which the Obamas and the Clintons built the Trump-Russia collapsed yesterday when it was disclosed that the Clinton campaign and the DNC paid $12 million for a dossier to connect Donald Trump to Russia. To circumvent federal election laws, the campaign paid a law firm who then paid a research firm who then paid a former British spy to get dirt on Donald Trump from Kremlin connected Russians. So why is this important?

Now the FBI had previously worked with this Christopher Steele who was a British spy and under director James Comey they paid him an additional $50,000 to continue with the research.

Now, this dossier was used not only to smear the president it was used to create a special counsel it was the basis for congressional hearings, the reason for wall-to-wall anti-President Trump coverage but in addition to that, the dossier was used as a predicate for further investigation, wiretaps unmasking and FISA warrants. And if it was, then whatever was developed as a result is classic fruit of the poisonous tree. Illegal and unusable…

Jim Comey, he needs to be the target of a federal criminal investigation for his role in the Hillary Clinton email scandal. Writing an exoneration before witnesses were questioned, stepping out of his lane to announce a decision over which he had absolutely no jurisdiction. How much classified information was on his laptop that he leaked to his sources to then leaked to The New York Times?

And Debbie Wasserman Schultz for lying to Congress about not knowing about the money from the DNC for the Trump dossier. Why did she keep a Pakistani and his family with limited IT experience dress-down a Capitol Police Chief for questioning that now defendant charged with bank fraud and conspiracy and moving monies out of this country and for interrupting the democratic process in a presidential election race steering the nomination for Bernie Sanders to her girlfriend Hillary?

And John Podesta for lying to Congress. Andrew McCabe, deputy director of the FBI, must go. His wife, a Congressional candidate, running with Hillary in 2016 receives $765,000, which unused money’s left over from the campaign she’s allowed to pocket which she got from Terry McAuliffe, one of five directors of the Clinton Foundation.

You see a pattern here folks? Is this how the dossier that the Clintons paid for got to the FBI that they then continued to pay for? And, finally, everyone on CFIUS (The Committee on Foreign Investment in the United States) who’s connected to that Clinton Foundation and voted to approve the sale of our uranium to Russia they need to be put under oath. What monies did they receive in return for their activities with the foundation?

For the better part of the last year this nation has been fractured as Clinton, Obama, the Democrats, sanctimonious Adam Schiff arrogantly and indignantly accusing Donald Trump and his family of colluding with the Russians. The whole time they were the ones lying. They were the ones making it up. They were the ones cutting the deals and collecting the cash. They knew it was a lie. They wrote the lie. They bought the lie. And they paid for the lie. And we’re the fools that followed them down the path.

This isn’t about one defendant, one criminal, or one president. This is about our democracy. It’s about law and order it’s about the Republic and it’s time for the Republicans to step up to the plate to man up and do their job or get the hell out.