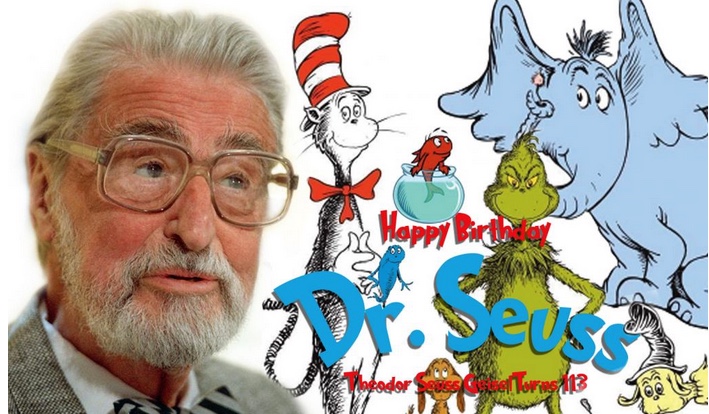 The anti-American left has been attacking famed children’s author Dr. Seuss as a “racist” for years, already, and now a group of wokesters have decided to re-write Seuss to better appeal to the far-left’s needs.

Over the last few years, the left-wing cancel culture has succeeded in destroying many of Dr. Seuss’ books and had them eliminated from publication despite decades of popularity.

Now. according to the New York Post, a collection of unpublished Dr, Seuss drawings “will be edited by an ‘inclusive’ group of writers and artists from ‘diverse racial backgrounds’ before they are published for the first time.”

Yes, it’s more leftist “problems” that no one asked to “solve.”

The news — which has already spawned accusations of “woke-washing” on social media — was announced Wednesday by Dr. Seuss Enterprises, a company founded by the family of the famous children’s book author — whose real name was Theodor Seuss Geisel — after his death in 1991.

The sketches will serve as the basis for a new line of books that will be written and illustrated by the group — and follows his recent “cancellation” after six of his children’s books were yanked from publication because of alleged racist imagery.

Now, a new set of up-and-coming authors and illustrators are set to create “inclusive” storylines inspired by the drawings with the aim to “represent a diverse cross-section of racial backgrounds to represent as many families as possible,” according to reps for Dr. Seuss Enterprises.

“Meanwhile, the books will be published in a new Seuss Studios series, to be aimed at readers from ages 4 to 8. The first two titles are set to hit shelves next year,” the paper reported.

Liberals destroy everything they touch.