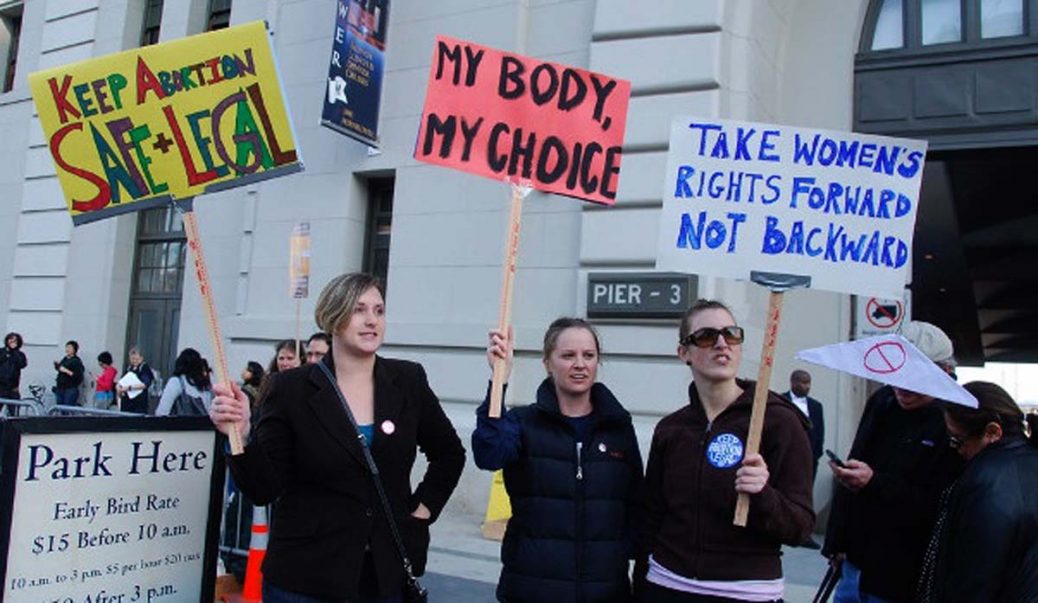 Leftists have begun organizing to mount violent protests outside the homes of the homes of Supreme Court Justices as well as terror campaigns against churches in protest of the draft court opinion that would overturn Roe v. Wade.

The first threat arose Thursday when sources started warning that dangerous, violent, left-wing radicals were preparing to mount protests outside the homes of Supreme Court Justices.

“Our 6-3 extremist Supreme Court routinely issues rulings that hurt women, racial minorities, LGBTQ+ and immigrant rights,” the group’s website states. “We must rise up to force accountability using a diversity of tactics.”

The website also asked protestors to “rise up May 8-15 and beyond… At the homes of the six extremist justices, three in Virginia and three in Maryland.” The site says the main protest is scheduled for May 11.

Virginia Gov. Glenn Youngkin has now promised to prepare a rapid response if leftists do, indeed, mount their ant-American protests.

“The governor is aware and Virginia State Police will monitor the situation,” Macaulay Porter, Youngkin’s spokeswoman, said in a statement on Friday. “VSP will assist federal and local law enforcement as needed to ensure the safety of our citizens, including Supreme Court justices, who call Virginia home.”

Whatever happens, it appears that there is a federal law against mounting protests outside the private residences of Supreme Court Justices. According to Eugene Volokh, 18 U.S.C. § 1507 makes the protests illegal.

But protests outside the homes of judges is not the only hateful un-American acts these domestic terrorists are planning. They are also planning a terror campaign against America’s churches.

Ruth Sent Us, a radical-left organization, has sent out a notice over social media of sadistic protests occurring at unknown church locations throughout metropolitan cities.

“Whether you’re a ‘Catholic for Choice,’ ex-Catholic, of other or no faith, recognize that six extremist Catholics set out to overturn Roe. Stand at or in a local Catholic Church Sun May 8,” the radical group tweeted on May 3.

These people need to be jailed and charged as the terrorists they truly are.