Leftists are Trying to Criminalize Republicans 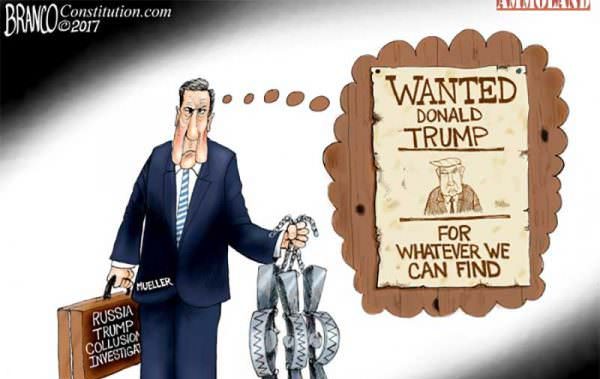 In 2008, Democrats proved that they were willing to nuke the American economy, devastate the nation and all families, and blame George Bush for their own actions.  Ten years later they have proved that they are willing to nuke the American justice system, conduct a witch-hunt to persecute Trump’s friends and family, and to completely undo constitutional law all in the name of their fraud that Trump stole the election.  The depths of Democrat corruption erupting on the face of humanity will leave scars on this nation that will never heal.

Democrats want to destroy Trump, his family, his friends, his associates, and anyone who speaks well of him so that no one who is not part of their own cabal ever again attempts to drain the swamp of their corruption.  This is not how a righteous republic works.  This is how a leftist tyranny operates.  It is how socialist dictators operate.  This is how Islam works.  It’s how gangsters act.  The left makes anyone who does not submit to their will the enemy and sets out to destroy them.  It is how leftists justify stealing from them, and even how they justify their genocides.

The way of tyrants has been the same throughout history.  Seize the wealth of their enemies by force and kill them.  Democrats would make the Trump family destitute and then have them dragged through the streets by their mobs.  This is what should be done to tyrants, and occasionally it is.  Trump is being demonized for striving to save America, while Obama was idolized for destroying America.  Trump lost over a billion dollars of his fortune in becoming president and is subjected to the left’s poison on an hourly basis.  Obama, who was only paid $2 million dollars salary as president came out having made some $50 million dollars in office.  If anyone deserves the treatment meted out to tyrants, it’s him.

This is why socialists are no different than kings and oligarchs.  Those who serve them survive, while those who do not are destroyed.  In a republic, everyone is treated equally under the law.  The liberal belief that socialism is a utopia superior to republicanism is a fantasy.  These have always been the defining differences between the Right and the Left like the difference between Christianity and Islam.  In Christianity, you are free to choose God or reject Him.  In Islam, you must submit or suffer under Sharia law as a second-class citizen.  The Catholic Church of the Inquisition was more a reflection of Islam than an apostle of Christ’s teachings.  Learning to recognize the difference between oppression and punishment for doing wrong requires a moral compass that most liberals lack.

Democrats make criminals into heroes and citizens into subjects

Rush Limbaugh 8/24/18 on the extreme corruption of Democrats

What Democrats are doing is exposing their true nature in making criminals legal, pardoning felons, creating sanctuary cities for illegal aliens, and importing foreigners to steal from citizens.  Their persecution of Trump & Co. involves violating their 4th Amendment rights and overriding statutes of limitations.  Making charges against Trump’s friends and associates on the state level are deliberately circumventing the law so that he cannot pardon them for federal crimes.  This will require Republicans to take charge of these states, which means overcoming the Democrat voter fraud machines that give them control of these deeply corrupted blue states.

President Trump’s attorney general has chosen to sit on his thumb rather than investigate Democrat crimes.  America deserves and needs an attorney general who will work to stop the forces of liberal fascism from corrupting the courts and railroading Trump’s people.  If Democrats could they would change the laws to make Trump guilty of crimes of which he has never been guilty just as they name him a racist when he has never been one.  This is the depths to which corrupt leftist Democrats will go to preserve what power they have left to keep their swamp rats deep in the muck of Washington, D.C.

Republicans are for Immigrants, Democrats are for criminals