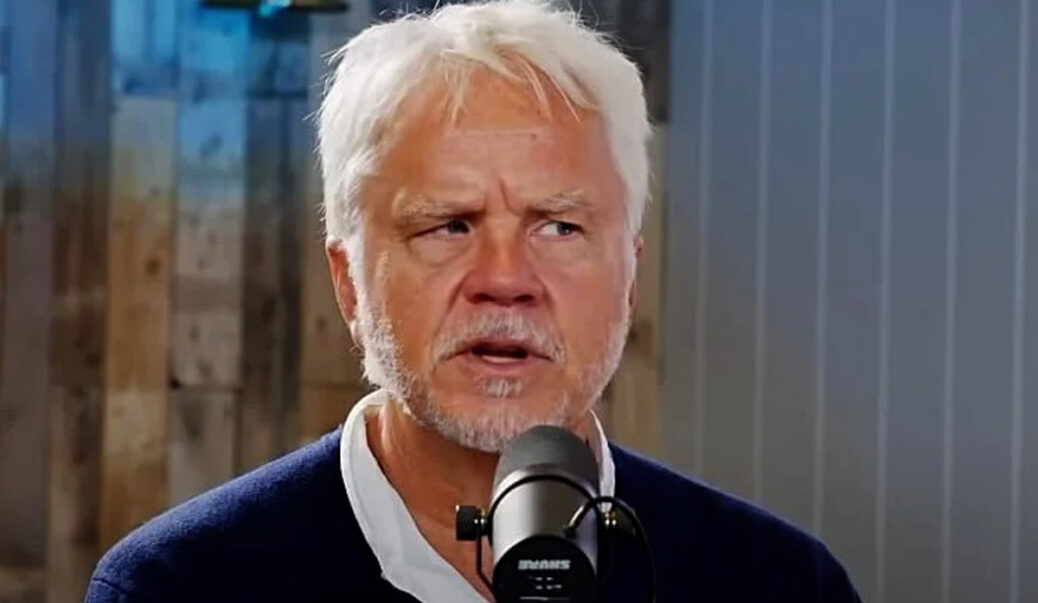 Leftist actor Tim Robbins, of The Shawshank Redemption fame, recently had a sort of “red pill” moment when he came to the realization that the government’s COVID rules were all about politics, not science, and that leftist’s blood lust for the unvaccinated to die has turned them into a hate-filled lot of ghouls.

Robbins made his revelation on contrarian comedian Russell Brand’s podcast, telling Brand’s six million subscribers that he was all-in for the COVID and vax rules when it all first hit the world it 2020. But as time wore on, and the evidence of just what was really happening began to filter through, he realized that the lockdowns, mask-wearing, and forced vax mandates were a wrong — and fascist — response to the virus.

Robbins, who was 100 percent on board with Facusism, said he traveled to the UK early in 2021 and when he saw how many people were going about their lives without masks, social distancing, and vax slavery, he was dead-set-sure that millions of Brits would die before the end of the year.

But when his prediction did not happen — indeed when it was all fairly negligible — he realized he had been duped by Fauci, Biden, and the COVIDiots.

“We became aware of the idea that the vaccinated could spread [the virus] and catch it like the unvaccinated … to continue the policy of lockdowns or mandates after that didn’t seem to be following the science. It was following a political agenda. That’s where I really started to have problems with it,” Robbins told Brand.

He also began seeing an “Orwellian” change to language. Ahead of COVID, he understood that natural immunity was an important part of beating viruses, but when the definitions for that and words such as “vaccines” began morphing to fit the left’s political agenda, he began to get worried.

“The fact that there were these changes of definitions … my alarm bells went off. I wondered, what is going on? In the past natural immunity was one of the building blocks to moving forward,” he added.

Robbins also said that he opposes the lockdowns and feels they are pure politics, not science.

“The WHO changed its protocol on virus outbreaks,” he said. “In the past you locked down the vulnerable, but you let society go on so it can build its herd immunity. This was changed as well. We went into lockdown with healthy people and children.”

HE was also disgusted by liberals who began attacking the unvaccinated, saying they wished the unvaxed would die, and insisting that medical care be withheld from them.

“We turned into tribal, angry vengeful people .. and I don’t think that’s something sustainable for the Earth,” he lamented.

Pointing to how a compassionate country should treat people such as drug addicts, Robbins said of the unvaxed, “We take care of them … we save their lives. We’re compassionate,” he said, noting that this is not how his fellow liberals were acting.

“This turned into, ‘you should f***ing die because you have not complied. It’s incredibly dangerous.”