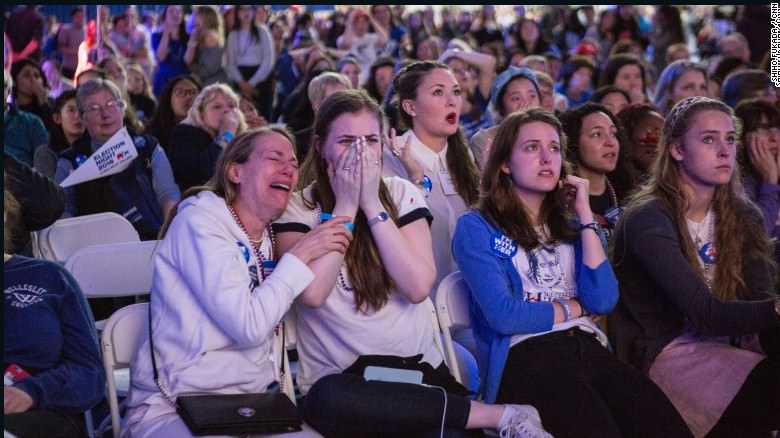 A leftist by any other name is still a deceiving, uninformed, delusional socialist whose dysfunctional logic is based on false premises leading to America’s decline.

Leftists are always trying to label the Right as they see us – racist, sexist, bigot, homophobe, Islamophobic haters – and they call patriots the evil people of the nation as white, Christian men who want to steal the rights of the people of color.  They divide the nation by every demographic group calling themselves minorities while attempting to form a majority of diversity rather than the unity of the Right whose assorted groups they call derogatory names like Oreos and Teabaggers.

Now they call us the alt-right which is their new label for Trump supporters they deem to be racists for wanting to protect America’s borders and sovereignty.  (What you say to these Lefttarts who call you a racist in their attempt to shut you down is “Kiss my white ass!”)  They’ve called us neocons which is what they term Bush supporters as warmongering conservatives (as if there is anything in war that is conserved).  They infiltrate our media, our entertainment, and our educational system with their false representations of the Right.  Their condemnations are always projections of their own character they attempt to mirror onto the righteous to discredit them as being the authors of the catastrophic results of leftist policies.  Just as Obama always campaigned against what his own policies wrought by blaming Republicans – Rush’s Limbaugh Theorem that formulated how the Left deceives by misdirection to hold themselves above the carnage they create, blaming their failures on others while taking credits for the achievements of others.  (Like Obama blaming Bush for high oil prices as he shut down off-shore drilling saying we can’t drill our way to lower prices, but then took credit for the fracking he couldn’t stop.)  It’s classic demagogic dissembling.

We need a term for liberals that describe them for the delusional deceivers that they are.  Drone is already taken.  Libtard and leftwingnut are good.  But I’m looking for a word that rolls off the tongue, is easily identifiable in its definition, and fits like a glove.  Something that says dysfunctional thinker, follower, ignorant fool, and hater all rolled into one.  An acronym like DUDS – delusional uninformed deceiving socialist fits them.  Or maybe FOOLS – followers of Obama’s ludicrous society.  Dem fools could work.  But we need a name for these delusional, deceiving Democrats who love Obama, a word that means what they are – America-haters, and is the exact opposite of a patriot besides the simple traitor.  (Btw, have you seen the synonyms in modern dictionaries for patriot?  One of them is ‘xenophobe.’)

LEFTARTS! – Leftwing America-hating Radical Socialist Terrorists.  These people are alien to American culture and American thinking.  They believe in the delusion that socialism is good and can work to the benefit of the people rather than its true nature of bloody dictatorial tyranny.  It is the opposite of the liberty promised by America’s Constitution that they abhor.  They are radicals in that they will use any deception from global warming to name calling to violence to get their way.  They warp and twist facts and history even to the point that they take the name of the Lord in vain claiming Jesus was one of them because the leftist Pharisees called him a radical.

The leftwingnut media that has lied and lied and lied and lied to smear Trump and exalt Hillary are now slandering every action Trump takes and declaring him to be a Nazi while declaring themselves to be innocent purveyors of truth.  CNN’s Christiane Amanpour actually came out and said that Trump bypassing the lying media to send a message to the American people was the beginning of fascism.  She actually said that his actions are designed to discredit the media and will eventually lead to concentration camps for journalists – as if there is a journalist in today’s media who isn’t a Democrat political hack and that the Right is the ideology of concentration camps!  Nazis, Communists, Socialists, Totalitarians, Islamists, Fascists – ALL are leftist ideologies of government rule over the peasants who serve the nobles.  The people have lost all faith in the media because we see through their lies and propaganda.  Now we can actually listen to the source thanks to the Internet and don’t have to rely on their edited version of what they want to portray as the truth.

LEFTARTS!  Alien thinking leftist America-hating radical socialist terrorists from the planet Mongo, home of Ming the Merciless from the Flash Gordon series.  The despotic tyrant who used any means by which to fool his follower drones to believe he is benevolent and the liberator Flash Gordon was the foreign invader trying to dupe them, but we saw him behind the scenes revealing him as the evil scheming tyrant.  It fits.  It describes Obama to a tee who says he is a Christian then sets out to destroy Christianity in America and unleash the Jihad on the world.  All he needs is the costume and pointy beard.  Or, more accurately, perhaps he is the ruler of his own planet, LEFTART, where he rules the Obamanation of Libtardia from his capital of Obamaville?

LEFTARTS!  The fanatics of Hydra who make up the body with many vicious evil heads which, if you cut off one then two grow back in its place, until you destroy the body.  That body is the leftists that have taken over America’s schools and media to warp, corrupt, and indoctrinate Americans from youth to learn all the lies they tell about America and history, to misinform them, to teach them to think dysfunctionally and reject the truth.  These people are aliens to the truth, to God, and to righteousness.

LEFTARTS!  The Hollywood phonies who tell us to bow to Democrat despotic rule and abandon our America ways while they live the good life on the wealth they made pretending to be people they are not.  Left describes their ideology, but tart is fitting for describing people who are acerbic and bitter as well as being loose and uncouth.  It’s a universal term that fits all the people of the Left and isn’t as dissociative as liberal progressive.  Plus it rhymes with brain farts, which is indicative of where they hide their heads to do their best thinking to produce their policies which really stink!

Trump’s presidency will be constantly under siege by leftart propagandists

The True Story of Thanksgiving is the Failure of Communism

“It takes a village of idiots to raise a liberal”