Leftarts Indoctrinate Children who Believe in Truth and Righteousness 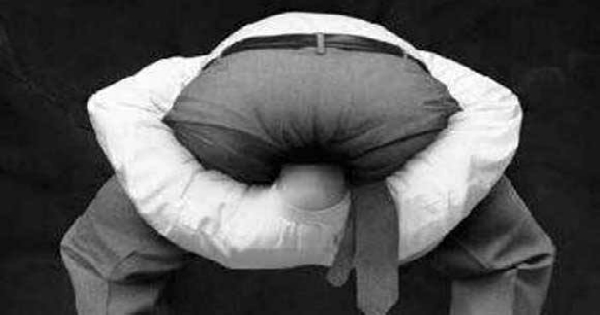 American liberals have been indoctrinating children into their deviously flawed ideology for decades through schools, college, entertainment, and political propaganda.  Leftarts are the people who served Hitler, Stalin, Mao, Castro, Chavez, and all other tyrants in setting up and running Concentration Camps, Gulags, prison, re-education camps, whatever name they choose to call it where those who protest their tyranny go to die.  Their ideology is based on the belief that using punishment to coerce obedience by those who refuse to comply, not to deter abusive behavior, is righteous.  We’ve seen the video of the black mother who threw her seven year old son out of the house for saying he liked Trump.  She actually believed she was so morally right that she posted her tormenting her own child on YouTube.

I have relatives who are rabid Democrats.  I did my best to explain the truth to them, but they believe what they are told by Democrat propagandists that FOX lies and MSNBC tells the truth.  They will not listen to any side of an argument besides their own.  When I consistently proved everything they said to be wrong they didn’t see the error in their ways, but cut off all communication with me.  This is how closed-minded liberals are that they will believe what they are told without critically examining an argument from all sides.  FOX is so liked by millions of viewers because they have actual liberals arguing with actual conservatives so the flawed thinking of their Leftarts is exposed, while MSNBC always appeals to the unintelligent by having either faux conservatives or by devolving into mockery.  This enables them to easily manipulate their audience because they cannot tell truth from fiction or right from wrong, and why they detest Trump who uses their own tactics against them.

Leftarts cannot allow the truth to be told

In Marshall, Wisconsin teachers told a six year old he couldn’t bring a book to school because it was written by Rush Limbaugh about American history.  They declared it to contain “inappropriate material” without being able to cite what they found inappropriate.  This is typical liberal indoctrination that children are forced to accept what they say without reason.  It’s like parents who tell their child the reason is “because I said so” and not explain the facts or morality behind their decision.  If you cannot explain the truth then what you are doing is wrong.

Righteous American patriots understand that American Exceptionalism is the founding of this nation as a God blessed miracle to make the government subservient to the people and not the other way around as all countries throughout history have been.  In all of history everything is illegal unless the government says it is legal.  In America everything is legal unless the people make laws to say it is illegal.  You are free to do whatever you want, but you must understand that your rights end where the rights of others begin.  Leftarts, being what they are, believe that your rights end where their feelings begin, which is why the poor little snowflakes need “safe spaces.”

Leftarts will never tell the truth, but twist reality

Liberals will accuse you of lying, declare you to be wrong, and then use force if you contest their judgment.  They are often the proverbial ‘wolf in sheep’s clothing’ and can be found posing in conservative’s clothing like Hydra infiltrating S.H.I.E.L.D.  They are the self-righteous hypocrites in church who seek power and are the stuff of your worst control freak nightmares.  In the past they corrupted the church to form the Inquisition in emulation of Islam.  They call the truth lies and lies truth.  They have no moral compass or their compass is reversed.  They are the negative pile of a man get believing they are the positive.

That’s why Leftarts don’t want to argue the facts or debate right and wrong, but want to ban debate and force their beliefs on everyone else.  They did not learn morality.  They are just control freaks who want to get their way and are willing to use force to get it.  That is why they reject the results of the election and riot in the streets.  They are like spoiled rich brats whose mommy said no.  They will lie, cheat, steal, or kill to get what they want.

Why are they so enamored of Islam?  Because Islam is the ultimate socialist dictatorship in which all the people are forced to think the same, act the same, and believe the same.  In Islam you either do as you are told or you are killed.  There is no liberty in Islam.  All are slaves to the state, women are slaves to their men, and Kafirs, infidels, and unbelievers are oppressed to pay slave taxes until they convert, flee, or are killed.  When you point out that these are all the teachings of Mohammad they call you an Islamophobe claiming you lie, but it is all written in the Koran and Hadith.  Next they will tell you it’s wrong because you do not spell Muhammad, Quran, Hadeeth, or Moslem correctly, which is just an exhibition of their own ignorance and small-minded vision.

Muhammad the 1st Terrorist and his ideology of self-imposed brainwashing

Liberals are singing the praises of Cuba’s murderous dictator.  There is no denying that Castro overthrew a dictator, but what they deny is that Castro was a worse dictator who murdered tens of thousands, banished a million more, and impoverished his country.  This is what makes America the exception.  Dictators are often overthrown by dictator wannabes of the Left.  America was the first time in history that the Right established a nation of liberty of the people, by the people, and for the people.  Leftist think that’s what socialism is, but Castro, Chavez, Marx and all of his followers have proved that to be the lie of socialism.  Their claim that “socialism is fair for all” is a scam to cover up that truth – that socialism is tyranny wherein those in charge prosper while the rest serve as their peasants.

Leftarts want to teach children that white people came to America to commit the genocide of the natives and enslave people of color.  They focus on Democrats in the South who enslaved Africans and Democrats in the North who formed union thugs run by organized crime and call them Republicans.  Without learning actual history young people are easily duped into believing these lies and voting for their own enslavement.  And when their lives take a turn for the worse as it always does when Democrats are in power, they believe the continuing lies that Republicans are the cause.  Leftarts teach that God is the oppressor and Satan the liberator, that white is black and black is white.  That is what makes Leftarts’ lies so seductive and destructive to those who lack the eyes to see and ears to hear the truth.

Democrats have never had anything to offer Americans except stealing from those who work for a living and pandering to those who vote for a living.  They breed greed and envy and servitude as virtues while censoring righteous thought.  When they would rather have a lying politician as dictator rather than a successful businessman lead the country to good business then you know they have reached the depths of corruption at the bottom of the sewer.  This is what the Democrat Party has wrought in the last century and how Obama and Hillary would transform Americans to be their peasant serfs.

You want proof of Leftarts lying insanity?  When Trump says Democrats committed massive voter fraud by allowing illegals to vote (which California’s governor said he would allow), casting forged ballots for dead people and non-voters, and even Virginia’s governor pardoning violent felons so they could vote, they call him insane.  Then they turn around and say the Russians hacked the computers via a beam from space to change votes and they cheer their own brilliant deductive reasoning.

That there were ten times as many people excitedly attending Trump rallies over Hillary that proves the next liberal claim a lie.  A Democrat media pundit claimed that 80% of people want Trump to institute and incorporate Democrat policies.  This is all manufactured frauds meant to continue duping the ignorant.  If people wanted Democrat policies then Hillary would have won.  Leftarts trying to say people who voted for Trump are the dumb, poor people of the interior who contribute little to the economy flies in the face of their own constituency that they claim to represent – the poor idiots living in their city ghettos.  Taxpayers decided this election and the liberal elites who have been living high on the hog off of their money hate them for it.

Leftarts Liberal Derangement Syndrome is why America is in severe decline and allowing its enemies to become dominant in the world.  This is why it is imperative that President Trump take action to stop voter fraud which is so easy for Democrat operatives to commit.  Liberals who condemn Trump choosing Gen. Petraeus vilify him as lacking judgement because he chooses an honest man who admits his mistake over their choice of Democrat queen who covers up her crimes with lies by destroying evidence.  Leftarts have no moral basis with which to judge anyone when they cannot correctly choose between truth and lies or right and wrong.  That they chose Obama, a know nothing lying Moslem socialist wannabe dictator, is the reason that stupid people shouldn’t be allowed to vote at all, let alone allowed to commit voter fraud.

Leftarts suffer from Liberal Derangement Syndrome brought on by massive brain farts due to a condition known as encephaloproctosis that is sometimes terminal.  This results in dysfunctional thinking as they reach erroneous conclusions drawn from false premises of their ill-conceived ideological beliefs, i.e. they believe their own lies.  It makes them control freaks with all the wrong ideas causing them to become self-righteous hypocrites – the trap into which many fall by confusing their own selfish arrogance with righteous morality.