Is the Left Just Impossible to Placate? 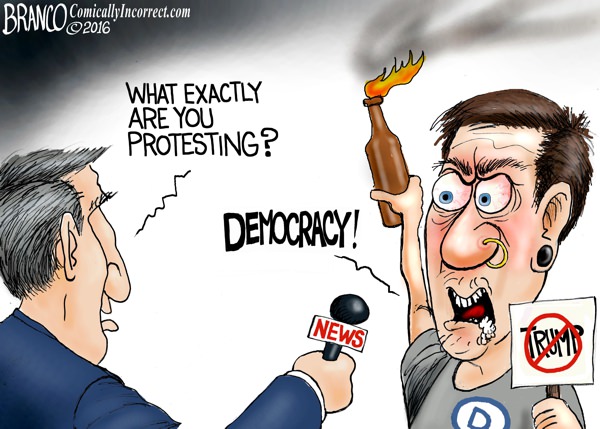 On Monday, President Trump signed a new Executive Order regarding immigration, titled “Protecting The Nation From Foreign Terrorist Entry Into The United States.” The order is a watered-down version of the first immigration moratorium that he rolled out last month. After the first attempted order was overruled by a rogue judge and Ninth Circuit Court, not to mention its errors regarding visa and green card holders, Trump signed the new order attempting to rectify the mistakes of the first order.

The new order bars foreign nationals who did not have a valid visa by 5pm EST on January 27, 2017, originating from six of the seven original countries from the first ban from entering the United States. The new order excludes Iraq, “based on commitments from its government.” The White House claims that Iraq has taken steps to improve its own vetting and cooperation with the US, so a suspension from Iraq wasn’t necessary. The new order was also signed a week before taking effect on March 16th, as opposed to the original, which was effective immediately. The new order also includes Syria in the temporary 120 day ban as it does the other countries on the list, whereas the first order banned Syrian nationals indefinitely. There will also be better screening and vetting processes instituted by the US.

Even with the reworking of the moratorium, after fierce blowback from the first attempt, the Left remains dissatisfied. Apparently, the order is still deemed unconstitutional according to the state of Hawaii. One of the lead attorneys for Hawaii, Neal Katyal, claims that the new order still “suffers from the sane constitutional and statutory effects.” Opponents of the order claim that it is unconstitutional because it targets Muslims.

Ironically, just 15 percent of Muslims live in the original seven countries cited in the first order, and clearly, with the exclusion of Iraq from the new order, the percentage is significantly lower. Moreover, there is no constitutional right for anyone in the world to emigrate to the United States. The Constitution was set in place to protect the citizens of this country. The ban has nothing to do with religion. It is clearly a matter of national security and securing Americans, which is the most pivotal job of the President.

But the Left doesn’t care. The Left has one objective—to defeat conservatives, no matter the cost. They wish to destroy the Trump presidency, even if it means putting Americans at risk to terror attacks. Putting you or me in harm’s way seems like a minuscule price to pay for the destruction of this president. Because the Left stands for nothing, it’s ideology teeters on an unstable core. Its only platform is to grab as much power as it possibly can. But at what price?